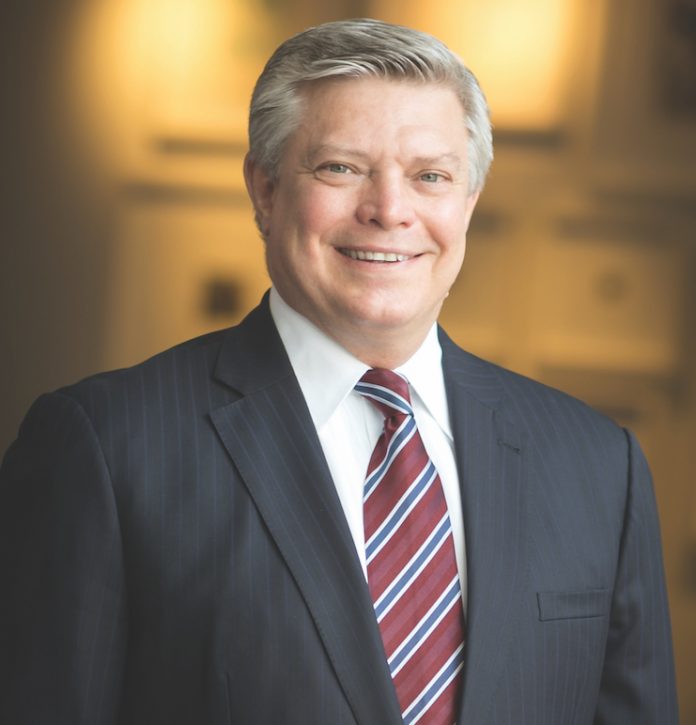 At Radisson Hotel Group’s 2019 Americas Business Conference, which took place in Miami in April, LODGING got a chance to sit down with Americas president Ken Greene. The conversation encompassed everything from the company’s acquisition by Jin Jiang International Holdings, to how Radisson is working with franchisees to improve and grow its portfolio, to what Greene has planned for the future. One thing quickly became clear—Radisson has been investing heavily in its relationship with its ownership community, and those owner relationships are driving the company’s success.

Now that the Jin Jiang acquisition is complete, how would you describe the feeling at Radisson?

I’d say we’re in a stable spot. Jin Jiang has hotel brands all over the world, and they know what’s going on with American hotel brands. They have significant hotel assets in China encompassing many upper-upscale and luxury brands and have been a part of this industry for many, many years.

Are there challenges for a Chinese-owned company developing brands in the U.S.?

While Jin Jiang hasn’t really operated, per se, in this part of the world before, they are very savvy in terms of what their competitors are doing, how they operate, and how business is done.

And, of course, they’re hoteliers. They understand the return on investment on a property and the decisions we have to make as hotel owners. They’re not new to the business. They’re well established, and they’re the largest not only in China, but in all of Asia. I think that makes it all that much easier for us. They’re also very supportive of our initiatives because they want to grow. They see the United States as one of the fastest-growing marketplaces in the world for them.

Now that the new ownership is established and there’s less uncertainty around Radisson’s brands, how are you communicating this new normal to owners?

For the past couple of years, a lot of our owners have had a let’s wait and see approach to our strategies. They would say, “We like the vision and we like what you’re doing, but we want to make sure that you’re going to be on the same team, with the same brands and the same company. We want to see how it all plays out.” Well, it’s played out. We’ve turned that page. Now, we’re five months into it and it’s all good. And we haven’t changed our strategy—we’re still in the process of implementing our five-year strategic plan, Destination 2022, which we announced in 2018.

Now, it’s really important for us to execute on that strategy. For example, we want to put Radisson Blu in key gateway cities, connecting the U.S. to Europe, the Middle East, and Asia, which gives us credibility and establishes us in that upper-upscale marketplace. We already see this result in Minneapolis and Chicago, where we’ve got these great Blu properties that garnered a lot of respect, particularly with the business community. We just don’t have those assets yet in the L.A.s or New Yorks or Miamis, but that’s the next step.
Owners have also been very comfortable coming to us with issues, and we’re working hard to remedy these issues and communicate with owners along the way.

Something I noticed during [the Convention’s] Town Hall was that a lot of people spoke about problems they had brought to light that had been addressed throughout the year.

Actually, we got off the stage and Aly [El-Bassuni, Radisson’s SVP of franchise operations] looked at me and said, “It almost sounded like we scripted and planted those questions.” We didn’t. Some of those owners were very upset with us two years ago. There’s been a significant tide turn since then.

That really shows where you’re investing your time and your thought process.

Absolutely. And we’re focused on doing it right. There are a few basic steps you always take when you start a new company, reposition a company, or reset a whole management team. First, you set the vision. We want to be one of the top three hotel companies in the world for talent, guests, and owners. Then, we set the strategic plan, making sure we have the right structure in place. What do you want to accomplish with the strategy? Do you have the organizational structure to do it? Then, you have to consider people and culture. Where are our gaps? We may have the right vision, the right strategy, and the right structure, but it only works if we’ve got the right people and the right culture working together to do it. That’s the most important part. We’re just starting to hit our stride now, but don’t think we’ll be completely there for probably another 12 months, although the momentum is building fast. It’s like a crescendo. If you look at it as an orchestra, we’ve got a pretty good pace going. Everybody’s in tune and we’re playing really well, but the music’s a little quiet right now. It’s about ready to go. By next year’s conference, we’ll be ready.

What are you most excited about for Radisson moving forward?

We’re just in a very exciting stage. It’s good to get past many of the issues we had last year. Our owners are happy that’s over as well. We’ve talked a lot over the last year and half about different things that we’re planning to do; because people can see that we’ve actually done some of those things builds credibility and trust. We’re about to do other great things.

I’d also like to add that I’ve been involved in a total of 36 conferences over the course of my career—although not all were in the hotel industry—and I’ve never before seen the level of engagement I have this year. Now, I’m biased, but it’s sincere. Usually, I get inundated with people coming up and telling me something is wrong. There has been none of that this year. It is all, “Hey, maybe this change would be beneficial.” It’s all about improving and how we can take things to the next level. This is so good. Our franchisees are doing really great things and want to be part of making it even better.

It all comes down to having the right culture, the right people, not just at the corporate level but also at the regional level and with ownership. It is truly a relationship. It’s not just pushing down and saying “you must do this”; this is a relationship that works both ways. Our property owners are successful, our brands are successful, and we’re successful. We can invest more money to make the relationship stronger, become self-fulfilling. It’s a page out of our book from 25 years ago. It’s not rocket science.