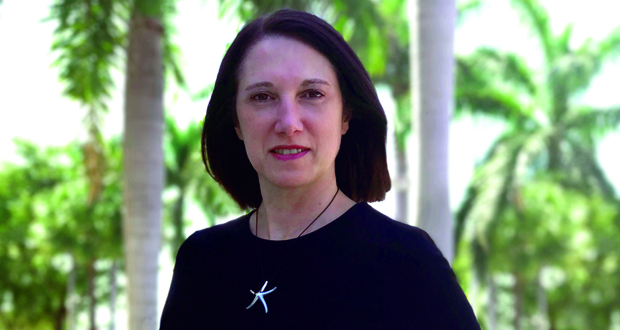 When she began building her career in multi-family real estate, the CEO and founder of B Hotels & Resorts, Ayelet Weinstein, didn’t even have the lodging industry on her radar. Now, she lives and breathes hotels. Her unconventional approach to hospitality has allowed her carefully curated brand to grow at a rapid pace and attract guests drawn to unique experiences and out-of-the-box design.

Weinstein started working in multi-family and condo-conversions in 1996. In 2004, she became interested in a local building that she assumed to be an apartment building. After pursuing the building and learning it was, in fact, a hotel, Weinstein discovered a passion for the hospitality industry and has followed it ever since.

“I was immediately intrigued,” Weinstein recalls. “I was fascinated by the hospitality business model and the industry’s depth and complexity. During the economic crisis in 2008 and 2009, InSite Group, where I was a senior vice president, started to look more into hotels and basically switched its focus from multi-family to hospitality.”

After acquiring a vacant and unaffiliated hotel in 2009, InSite Group talked to major hotel brands regarding branding and management. However, an agreement could not be reached because there seemed to be a common theme among the big brands: In the event that something goes wrong—e.g., with the economy, the market, the property—the owner is the only one at risk. “We could not put our mind around the fact that there was no alignment of interests between brand and ownership,” says Weinstein. “That was the moment the B brand was born. It was not planned; it happened organically. We knew that forming the brand would create a platform that would allow us to grow in the future, and we saw many benefits in a small brand versus its large, traditional competitors.”

Following the opening of its first hotel in 2011 in Fort Lauderdale, Fla., B Hotels & Resorts revealed properties in Orlando, Fla., Savannah, Ga., New Orleans, La., and Marathon, in the Florida Keys. And there are several more hotels in the brand’s pipeline. 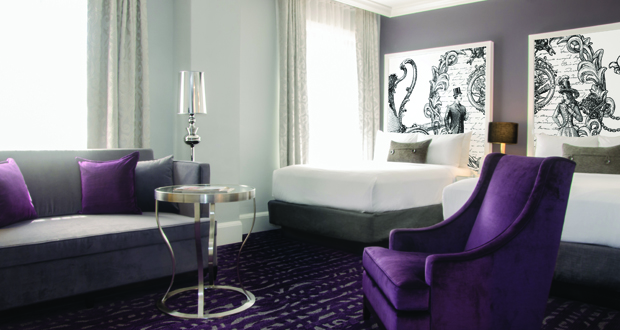 In 2014, Hospitality Properties Trust acquired and converted the original Fort Lauderdale property into a Sonesta Suites. However, that year, B Hotels & Resorts also claimed territory in the Fort Lauderdale area with B Ocean, a ship-shaped oceanfront resort. “This hotel is where everyone wants to be when visiting Fort Lauderdale,” Weinstein says. “We just celebrated the grand opening of the B Ocean Resort following an extensive renovation that taps the nostalgia of the 1950s with a classic-modern twist.”

And this year, milestones abound for the B Brand; the B Historic, located in Savannah, will celebrate its one-year anniversary. “This property is situated in the center of the historic district,” Weinstein says. “The design team incorporated a lot of Savannah’s whimsical charm and history into the hotel.”

While each property has its own individual element—Ocean, Historic, etc.—B Hotels & Resorts as a whole is experiencing great success because of its innovative approach. “B Hotels creates an environment that encourages living life to its fullest potential. It’s in our blood,” Weinstein describes. “Life in general is a collection of experiences. Travel and work play major roles in that experience, and we were able to bring these components together.” 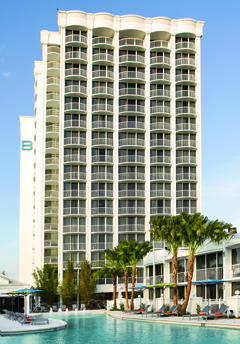 The B brand was founded with three core elements in mind—destination, in-vogue design, and approachability—“to create a win-win-win model for all stakeholders,” Weinstein says. “That was a very clear objective from the start.”

Pursuing this mission, B Hotels has implemented initiatives that support the community and its environment. Defined by nine signature elements to differentiate it from upper-upscale competitive brands, the B brand embraces new ideas—such as B-day stay, where guests can stay at a B Hotel for only one dollar on their birthday; B Sensitive, which emphasizes green initiatives and sustainable solutions; and B Humane, which allows guests to purchase stuffed animals to support the preservation of local endangered species—for example, the sea turtle in Fort Lauderdale.

“The animal is waiting for guests on their beds when they enter their rooms. It’s hard to ignore that,” Weinstein says. “We also have literature in the room that provides background on the animals, as well as the B Humane’ s objectives. We want to be a part of protecting these animals, and we are elevating awareness along with donating some of the proceeds to the organizations that support the wild life.”

Incorporating unprecedented concepts such as B Humane is ultimately the B brand’s mission. “On an ongoing basis, we adopt great ideas from our guests and associates, and they become part of the brand—moving forward. This open source mentality is just part of who we are,” she says.

Photos: (from the top) B On Canal, New Orleans and B Resort & Spa, Disney Springs, Fla.

These Three Hotel Brands Account for a Fifth of the U.S. Lodging Pipeline