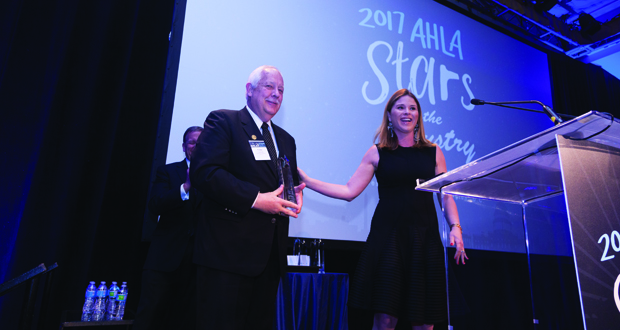 Marginalized downtowns throughout the U.S. often find themselves in the same catch-22: Shuttered businesses and disappearing industries create a cycle of disinvestment and poverty that is far reaching in residents’ lives. Reading, Penn., is one of many U.S. cities that has experienced the devastating impact of marginalization. In 2011, Reading had the largest share of residents living in poverty among cities with populations greater than 65,000, according to U.S. Census data. Today, a single hotel is working with the community to move Reading forward from its troubled past.

Hotels have the potential to be powerful players in efforts to revitalize downtowns. Most businesses in marginalized areas close early, but hotels operate at all hours. A hotel’s function space becomes a hotspot for business meetings, fundraisers, and celebrations. Hotels can also provide steady jobs for residents, with solid opportunities for career growth.

A hotel’s potential to affect change is a concept that Craig Poole understood when he first accepted his position as general manager of the DoubleTree by Hilton Reading, where he has worked for the past three of his eight years in the city. Since the hotel opened in December 2015, Hilton awarded its 2016 CEO Light and Warmth Award, the chain’s highest honor, to Poole for his leadership, and the American Hotel & Lodging Association recognized Poole as its 2017 General Manager of the Year for a Small Property. 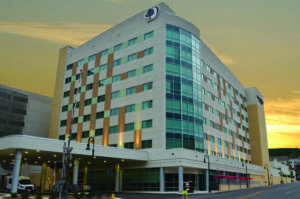 The DoubleTree’s lead developer, the late Albert Boscov, hired Poole to realize his vision of transforming Boscov’s hometown, where he and his family’s national department store chain began. When Poole started, the DoubleTree was a skeleton of steel beams on a barbed-wire-laced construction site that would become a $65 million hotel. With its location on Reading’s main drag across from the Santander Arena and Performing Arts Center, Poole says that the DoubleTree aims to restore the pulse of the city.

To succeed as a hotel in a marginalized downtown, Poole says that hoteliers must first understand the backstories of the city and its residents. He listened to and spoke with the city’s homeless, passersby, and neighbors, telling business owners that the new 209-guestroom, 27,000 square-foot hotel would raise the standard of downtown businesses.

People in distressed downtowns have been forgotten, making them feel invisible, Poole says, which is why hiring local is critical. “You need to change the community you live in,” he explains. About 2,400 people applied for only 207 positions. Poole hired “happy people” who loved the city, regardless of their backgrounds, including those who had been in the criminal justice system and were looking for a second chance. As a result, the hotel’s energetic and enthusiastic staff draws people in, Poole says, leaving visitors with a positive impression and an encouraging story to tell.

Involvement in employees’ lives and the greater community’s wellbeing is also key.The hotel hosts employee family dinners, showcases local artwork, and partners with area organizations. Its sustainable rooftop garden has planters made at Hope Rescue Mission, which empowers Reading’s homeless men, and children from Berks County Recreation Committee planted the seeds. “We try to connect the community and thread it throughout the building to become the center of influence,” Poole explains.

Poole’s top piece of advice for hoteliers is to be visible and involved. “I don’t think you run a hotel like this in your back office.” Building trust by listening and working with communities helped the DoubleTree break down barriers and create a movement that residents and businesses wanted to join. Reading’s downtown is changing—new restaurants and retail are planned for development, and existing businesses are sprucing up their properties and staying open longer. “We brought their joy and hope back,” Poole says. “Hospitality does that. A nine-to-five business doesn’t have the ability to touch as many hearts as we do. A hotel can make a big difference.”

Photo: Craig Poole is recognized as General Manager of the Year for a Small Property at AHLA’s Stars of the Industry Awards. He was presented the award by Jenna Bush Hager.

Shaping the Future of the Travel Industry: A Conversation with Emily Weiss