Home Industry News Coronavirus More Than a Number: Forging a Path When Millions of Hotel Workers... 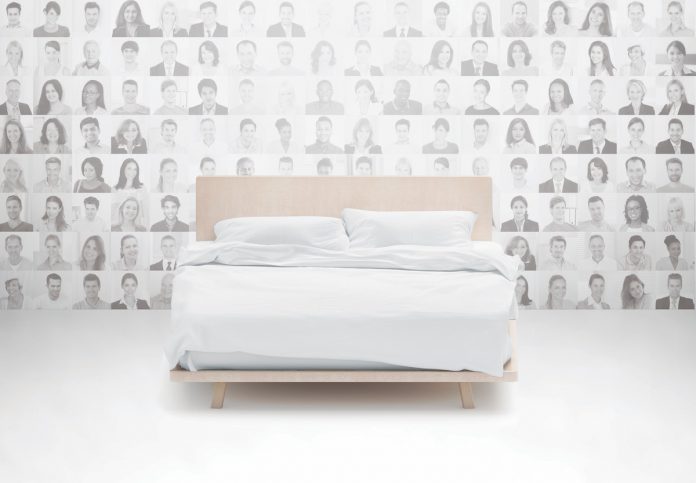 On March 11, the World Health Organization declared the spread of COVID-19 a pandemic—not even three months after the disease was officially reported to the WHO Country Office in China on December 31 of last year. Since then, the world has changed dramatically. More than 200,000 people globally have died from the disease, according to the New York Times, and the U.S. death toll is climbing, nearing 50,000.

COVID-19 has had an overwhelming impact on everyone’s way of life. All over the United States, people are being told to shelter in place, refrain from meeting in groups, practice social distancing, and even start wearing masks when out in public. Businesses have shut down and commerce has slowed significantly. These changes have been deeply felt in many industries, but our industry—hospitality—has been hit harder than most.

Almost overnight, occupancy plummeted. On April 8, STR reported that U.S. occupancy averaged 21.6 percent for the week of March 29 through April 4. This drop in demand has led many hoteliers to either greatly reduce operations at their properties or shutter their hotels entirely for the time being.

This has had a profound impact on the hotel industry’s most important resource—its people. Prior to the COVID-19 pandemic, the hotel industry supported more than 8 million jobs and was facing a massive labor shortage, with some experts saying that there were more than a million vacancies. Now, the industry has gone in the opposite direction.

In response to the outbreak, the American Hotel & Lodging Association (AHLA) conducted a study with Oxford Economics regarding the impact COVID-19 will have on the hotel industry. That study, which came out in mid-March, estimated that almost 4 million hotel jobs have either been eliminated or will be eliminated in the next few weeks. “I think we all can agree this has been an extraordinarily crippling time for the hospitality industry in particular,” said Rosanna Maietta, AHLA Foundation president and EVP of communications and public relations at AHLA, when she spoke to LODGING in the beginning of April. “In this time, when travel has virtually come to a halt, it’s been heartbreaking to see hotel after hotel close, and hotel workers so recently in high demand now facing reduced hours and furloughs.”

As Maietta noted, for a people-focused industry like hospitality, this reality is absolutely devastating. Furthermore, the situation is evolving so quickly that many hoteliers and their teams don’t even know how they should be responding. Despite the uncertainty, the hotel industry is one of action. On March 17, hotel leaders, including AHLA president and CEO Chip Rogers, met with President Trump, Vice President Pence, and members of the cabinet seeking urgent financial aid for hoteliers. Rogers told journalists after the meeting, “As it continues to be unknown how long this public health situation will last, the coronavirus has already had a more severe impact on our industry than 9/11 and the 2008 recession combined.”

Since the meeting, AHLA and its charitable giving arm, the AHLA Foundation, have moved to make as many resources available to hoteliers as possible. They launched AHLA’s Hospitality for Hope Initiative, which “was created to boost collaboration between the hotel industry and local, state, and federal governments to help employees, communities across the country, and the industry during this unprecedented health crisis.” The AHLA Foundation announced on April 1 that it would be offering free professional development courses for hotel workers through the initiative through the end of April. On April 6, AHLA reported that 15,000 U.S. hotels signed up to participate in Hospitality for Hope, volunteering to provide temporary housing for emergency and healthcare workers. Brands have also taken steps to assist the overtaxed healthcare industry. Hilton, Marriott, and Red Roof have launched programs that offer free stays to frontline healthcare workers.

Major hotel companies, too, are taking steps to provide assistance to hospitality workers who have been laid off or furloughed. Hilton, Wyndham, and IHG have developed tools to connect furloughed employees with temporary jobs.

Some companies have also taken steps to assist franchisees. For example, Best Western is waiving half of its franchisees’ monthly fees and property revenue management fees.

Even with all of these efforts, there’s no doubt that the industry is struggling. Sagar V. Shah, principal at Yatra Capital Group LLC, told LODGING at the beginning of April that he’s not sure how much longer his properties can stay open—his company owns a 135-key Holiday Inn Express & Suites and a 140-key Best Western Plus. “As far as my hotels, they’re open, we’re trying to hang on, but we’re dealing with single-digit occupancy, so fiscally, it might not make sense for me to hold on. I’m going to reevaluate in the next week or two, maybe give it another 30 days,” he said. This is a reality facing many owners and developers.

There’s no doubt that the next weeks and months will be a challenge for the hotel industry, especially with so much changing each and every day. But hospitality is one of the world’s oldest industries, and it’ll be ready to pick itself up and start welcoming guests yet again when this crisis passes.