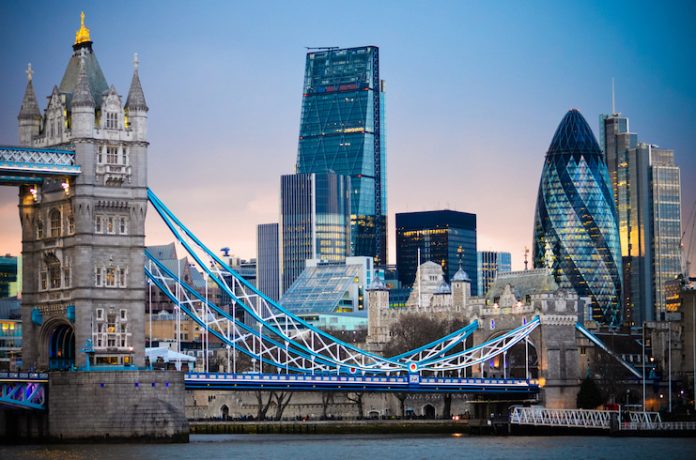 London’s short-term rental listings have more than tripled since 2015. While this is common for major cities around the globe, a look at London highlights this accommodation type as a flexible supply offering to meet demand in the marketplace. That flexibility is especially handy as the hospitality industry grapples with periods of fluctuating demand during the pandemic.

London’s volume of hotel supply volume is relatively low compared with peer markets around the globe.

With the third highest number of international visitors annually, and the eighth highest economic output of all cities globally, London is a global center of commerce and culture. However, London’s roughly 100,000 hotel rooms rank it as only the 28th largest market.

By comparison, urban centers such as Times Square, Hung Hom, Sydney Centre, and Tokyo Centre have more than 2,300 hotel rooms per square mile. All of London’s submarkets covering the urban core rank in the bottom half of their top 100 peer submarkets around the globe.

When accounting for London’s expensive real estate market, along with the resource-intensive process of developing traditional hotel supply, short-term rentals have a strong upside in major markets like London.

One of the key benefits of short-term rentals is their ability to add supply to a market when it is needed and to easily take that supply offline when demand dries up. This has been particularly useful throughout the pandemic as traveler preferences for features such as more privacy and limited guest-staff interaction have increased demand for listings.

As the debate continues and more analysis is done to quantify the impact of short-term rental supply on hotel performance, it is important to balance the conversation with an assessment of what market voids the short-term rental sector is filling. Are there any local gaps in supply and what is the most efficient means to meet demand given local factors?Much of the conversation still compares hotels versus short-term rentals, but discussions will benefit from a total accommodations vision that can best capture demand as travel ramps up.

What Hotels Can Learn from Short-Term Rentals