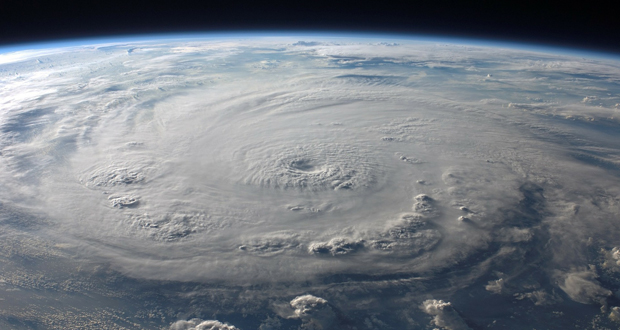 Hurricanes Harvey, Irma, and Maria marked the start of a devastating hurricane season for the U.S. hospitality industry. Hotels across Texas, the U.S. Southeast, and the Caribbean are now assessing the damage, filing claims with insurers, and taking steps to recover and return properties to normal operations. Meghan Moore, an attorney at Ver Ploeg & Lumpkin in Miami, represents policyholders in insurance coverage and bad faith litigation in state and federal courts. LODGING spoke to her about what hoteliers should know when they’re submitting claims to insurers for damages caused by natural disasters.

She had the following advice for hotels submitting hurricane damage claims

1. Know your coverage.
“It is important for a hotelier to know what types of coverage his or her hotel has,” Moore says, such as pair and set coverage for matching furniture or business interruption coverage for lost profits and extra expenses caused by a natural disaster. “Hotels are also in sort of an unusual position after a storm because they may have to close down part of the hotel due to damage, while at the same time offer discounted rates for workers, government officials, or displaced people in the parts of the property that are functional.”

Moore says that if the hotel suffers property damage, partial closure, or is incurring extra expenses, hoteliers should retain a business interruption consultant who can review the books and quantify those losses.

2. Review and follow policy conditions.
“Policy conditions spell out what a hotel has to do after a storm,” Moore says. Those conditions can be strict in outlining exactly what kind of information the insurance company wants, what kind of documents it needs, and whether it expects the hotel to prepare a detailed list of damages. Moore says that those conditions need to be complied with and that means allowing the insurance company to inspect as much as they want and providing them with all the information and proof of loss that they request, which may require hotels to bring in a contractor to estimate what it will cost to repair damage.

3. Establish a point of contact and claim master.
Moore says that it’s important to have a point of contact who keeps track of all the post-storm damages as well as the communications of those coming and going on the property. “That person should be a historian,” Moore explains. “He or she needs to document all communications. It’s a really good idea, especially with a complex commercial claim, to keep a running record of who the hotel spoke to at the insurance company, or what contractors came in, and what they said.” Those reports should encompass the facts with no emotion so that a hotel can reference those records later.

4. Remove guesswork
Storm damage is covered by different types of policies, like windstorm coverage and flood coverage. “The benefits are substantially different and there’s always an argument between whether or not it was a wind problem or a flood problem,” Moore says. “You’re not the expert on what caused the damage. Your job is to report the damage. If there’s a question, then retain an expert to figure it out.” Moore adds that while the adjuster’s job is also to determine the cause of damage, she recommends always having an independent expert review the situation because it can significantly impact a hotel’s recovery.

5. Maintain separate buckets for direct damage and improvements.
Property improvement plans (PIPs) are quite common in the hospitality landscape where properties are constantly renovating, upgrading, or reflagging. Moore says that hotels need to be extremely careful to avoid claiming items on a PIP as storm damage if those items weren’t damaged by the storm. That can lead to allegations of fraud and negate coverage entirely. “The point of contact who is responsible for maintaining and organizing all the claim documents should have a bucket for upgrades only—those that have nothing to do with the storm—and a bucket for direct damage by the storm,” Moore explains. “If you have half a wall that had damage, of course the insurance company has to pay to paint the whole wall—that’s not an improvement. But if it’s exclusively an improvement, then the hotel needs to make sure that they keep separate buckets and, at the end of the day, somebody is aware of those.”

6. For damages from multiple storms, check if rules have been amended.
If multiple storms hit the same location in a brief period of time, such as what occurred with Hurricanes Katrina and Wilma in 2005, the state’s government officials may review the circumstances and issue a mandate that requires insurance companies to cover damages from both storms as one claim and one deductible. “Look at the policy language and review what’s happening with the state’s insurance department to determine whether or not the government has changed or amended the rules of what insurance companies can charge on deductibles.” Moore says. “Then check with your insurance agent and see if your insurance company has voluntarily decided just to apply one deductible.”

7. If an insurer’s response is delayed more than three weeks, retain an advocate.
While response times from insurers largely depends on the storm, Moore says that if an insurer can access the hotel property, they should have an adjuster in contact with the hotel within 14 days to arrange an inspection. “There should never be a delay beyond 30 days,” Moore says. “If the hotel is having a difficult time and they’re at the three week mark, the best thing to do is to rattle cages.” The way to do that, Moore says, is to enlist someone to communicate on the hotel’s behalf, whether that is a consultant, lawyer, or even the insurance agent or broker.

However, Moore adds, most insurers will avoid delaying hotel claims at all cost, due to the business interruption component. “For a big damage claim, if they cause more delays, it’s a longer period of restoration and it’s more money out of pocket for them in the end,” Moore explains.

8. Negotiate fees for public adjusters.
“Public adjusters often have contracts that they’re limited to 10 percent of the value of the claim. For a hotel, that can be quite substantial,” Moore says. “We suggest that those things be negotiated.” What’s more, hoteliers who hire public adjusters to negotiate and advocate on their behalf may end up needing to hire an attorney when communications become more legal in nature, adding to a hotel’s fees. In some states such as Florida, attorney fees can be recovered in court. “At the beginning of a storm, if a hotel needs help quantifying a loss, that’s when consideration of a public adjuster should take place,” Moore says. “If it’s farther along and they’re already in a scuffle with an insurer on coverage, at that point, it’s prudent to consult a lawyer who can help work through that.”

Costs on the Rise: Hotel Insurance Represents a Growing Expense for Hoteliers