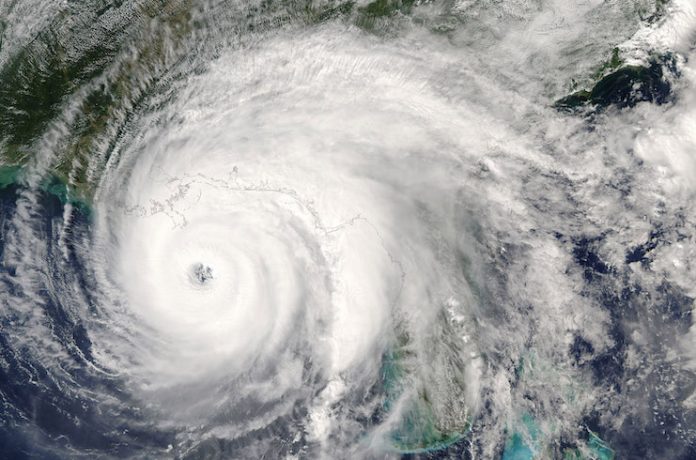 Every year, the Atlantic Ocean produces some of the world’s most catastrophic and costly hurricanes, causing tens of billions of dollars in damage and serving as a major disruptor to the travel industry. While the immediate impacts are significant within a 50-mile radius of landfall, major hurricanes can affect the hospitality industry as many as hundreds of miles inland. And the impact on hotel performance is not always negative depending on the market.

What level of impact on hotel performance can we expect along a storm’s path? To analyze the overall performance impact, STR considered all major hurricanes since 2001 and hotel data along each storm’s path from landfall to 250 miles inland. In all, we analyzed the impact of 36 storms: 17 were Category 1 or 2, while 19 were Category 3 or above.
The results provide insights not only into the substantial impact from lost occupancy, closures, and rooms revenue along the coastlines, but also into the boost that temporarily displaced residents and travelers provide as they retreat inland to escape from the brunt of the storm.

Not surprisingly, occupancy and rooms revenue take an expected hit, especially as the most powerful storms make landfall. Within the first three days of a Category 3 or higher storm reaching shore, hotels within 50 miles can expect to see a decline in occupancy of 12.5 percent. This trend is much less pronounced, though still visible, for less severe storms of Category 1 or 2, which on average lead to an occupancy decline of 2-3 percent.
Occupancy for luxury and upper-upscale hotels is most affected as hurricanes make landfall, showing an average decline of 14 percent across Category 3 storms and above. Economy and midscale hotels showed a much lower average decrease in occupancy of 1.4 percent.

These drops in occupancy translate into millions of dollars in lost room revenue for hotels within 50 miles of landfall, which can cost upwards of $5 to $10 million a day.

Of all storms since 2001, Hurricane Frances in 2004 had the largest estimated amount of daily revenue lost at $12.7 million during the first three days post-landfall. On average, Category 3 to Category 5 storms cost $1.9 million per day in lost room revenue within the 50-mile cone of influence.

As hinted earlier in this piece, hotels further inland might see a boost—especially economy and midscale hotels. Residents and travelers retreat inland to escape the brunt of a storm along the coastline, and hotels serve as a means of temporary respite. Further inland along a hurricane’s path, we see a consistent boost to occupancy within 150-250 miles of landfall. This is common in markets such as Austin, Texas, Jackson, Miss., Montgomery, Ala., Birmingham, Ala., Atlanta. Ga., Charlotte, N.C., and Greensboro, N.C.

Aside from lost rooms revenue and temporary impacts on occupancy, the most powerful storms can wreak havoc on hotel supply and increase permanent closure rates by as much as tenfold after a major storm.

From 2003 to 2007, a string of several powerful storms pummeled the Gulf and Atlantic Coasts. The storms, which resulted in the deaths of more than 7,000 people and cost more than $160 billion in property damage, also led to nearly 1,000 independent hotels being permanently closed. The top five costliest storms in terms of permanent closures over the past 20 years occurred in 2004 or 2005. After Katrina in 2005, 14.1 percent of independent hotels within 50 miles of New Orleans closed, while after Ivan in 2004, 6.2 percent closed within 50 miles of Mobile, Ala.

The National Oceanic and Atmospheric Administration’s Climate Prediction Center is predicting another above-normal Atlantic hurricane season this year. Analyzing past hotel performance trends allows us to better prepare for the future and forecast which markets, whether at landfall or hundreds of miles inland, will be most affected.

By examining the impact of major hurricanes on hotel performance, we can better prepare for these events, not just in terms of what to expect at the point of landfall, but for planning which markets further inland might possibly serve as a much-needed retreat as travelers and residents travel to safety.