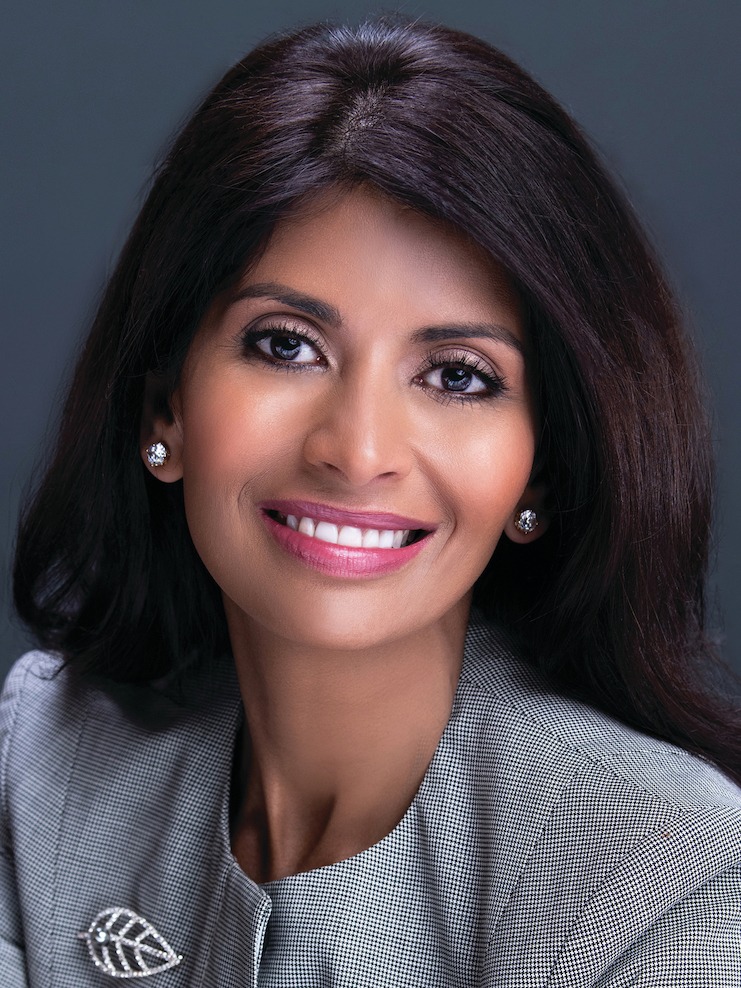 The chairwoman of the board of the Asian American Hotel Owners Association (AAHOA) Jagruti Panwala speaks both as a hotel owner and CEO of Wealth Protection Strategies, a full-service financial planning firm, when she discusses the importance of solid investments. She has seen the impact that a good investment can have on a single property, as well as an Association of thousands, and this has colored her view of the hotel industry just as much as her decades of experience.

Panwala notes that there has been “an explosion in AAHOA membership” in the past two years coupled with an unprecedented amount of development. She says new tax regulations affecting small business owners enable them to depreciate their assets more efficiently, resulting in savings they can plow back into their existing properties or new development, a trend she expects to continue.

“AAHOA comprises mainly hotel owners—encompassing about 18,500 members. A large number of those members—including my family—own multiple hotels. Mainly because they are doing so well, our members have been developing new projects, often including multiple brands as well as independent and boutique, and are also doing a lot of restructuring in their organization by hiring more staff, to be sure properties are running efficiently.”

She says based on her own analysis and information gleaned from recent meetings, she expects supply to continue to increase in 2019 and 2020, but believes there will be some downturn in 2021. “My advice is not to forget what happened in 2008, which is something we may want to do when everything is going well. It’s a cycle that goes up and down, so we shouldn’t be surprised.”

She adds, “Right now, the economy and industry are doing well because of tax savings, and they’re putting money back in the market, but I think owners need to be smart and strategic; don’t think about just today, think about five years down the road. Whether investing or developing property, you need to think about how that’s going to play if there is a downturn in five years. In my opinion, the biggest mistake a hotel owner or developer can make is to have no liquidity.”

Panwala expects expenses to continue to rise, and sees competitive compensation and fair treatment of employees as important to employee retention. However, she says, the AAHOA position is against salary regulation. “We don’t agree that there should be a national minimum wage because there is so much variation in cost of living from one state to the next. As an association, AAHOA is working to explain how regulation could negatively impact the economy.”

“Right now, the economy and industry are doing well because of tax savings, and they’re putting money back in the market, but I think owners need to be smart and strategic; don’t think about just today, think about five years down the road.”

Panwala observes a difference in next-generation hoteliers relative to parents who were “hands-on” in an environment unlike that their children are inheriting. “That first generation of hoteliers in independent mom-and-pop hotels built a foundation while doing all the different jobs themselves—nightshift, maintenance, laundry, everything. Many in the younger generation don’t want to do the day-to-day work that the earlier generation did. They want to get into asset management.”

Yet, in defense of these second- or third-generation owners, Panwala notes that their first-time hotelier parents and grandparents generally owned just a handful of properties at most, while with the trend toward development, the younger generation may very well become part of a family business vastly different than that mom-and-pop model. “Owners with just a few properties are still more likely to manage this smaller platform themselves, but once your growing organization reaches between five and 10 properties, it may be time to bring in a management company.”

She says AAHOA membership includes those with up to 50 properties, making management by independent management companies, as some 52 percent now are, efficient and financially prudent. This, she says, can pay off in both the short and long run. “Properties that have been run and managed properly are more likely to have more equity and be profitable, not just on an annual basis, but when it comes to selling in the future.”

In addition to legacy owners and managers—many of whom are receiving related university degrees—she says AAHOA is providing scholarships and offering opportunities to promising employees already on staff as well as those considering careers in the industry. She urges those entering the industry as both insiders and outsiders to regard it as much more than a nine-to-five job.

“I don’t know of any other industry with so much diversity, one with a platform that takes you from level A to level B in a short period. You can get from the front desk to management in a year or two, and can even become a partner, depending on your relationship with the owner. No matter where you step in, if you work hard and are persistent, you can really be successful. Many young people have misconceptions; they don’t want to be stuck at the front desk, yet that’s precisely where many AAHOA presidents have started their careers.”

ALIS Summer Update: Industry Execs on How the Pandemic Is Reshaping Hotels

Conference Updates LODGING Staff - July 31, 2020
In light of the COVID-19 outbreak and recommendations from public health officials, several industry conferences have announced cancellations or rescheduled dates. The list below...

AHLA Adrienne Weil - July 31, 2020
Throughout this year’s slowdowns, hoteliers have taken time to reevaluate their operations, considering technology and protocols that could help ensure the health of their...