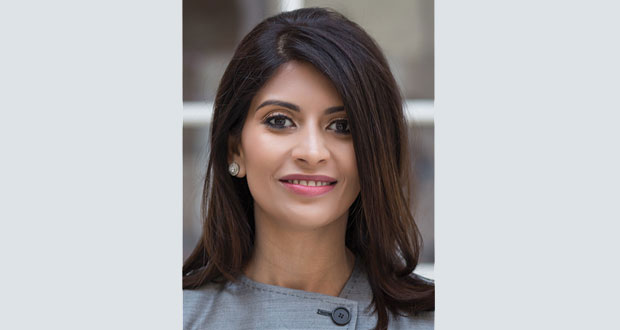 In 2019, the Asian American Hotel Owners Association (AAHOA) will welcome Jagruti Panwala as the first chairwoman in the organization’s history. Elected last year as secretary, Panwala is a hospitality industry veteran. She has owned and managed hotels with her family and owns an asset protection company, Wealth Protection Strategies. When Panwala first started her career, her goal was to own her own business. Hospitality was a natural fit. “I see myself as someone who is customer oriented; I like working with people and making sure I’m providing them with the right service. Working in hospitality and financial services gives me the perfect outlet to do that.”

Even with her career-long immersion in the industry, becoming an AAHOA officer was a significant decision, Panwala says. “When I considered running for office and what it would mean to eventually become the first chairwoman of the association, I thought long and hard about whether the industry was ready for women in leadership.” She decided to take the leap—and is glad she did. Panwala credits the association and its members for supporting her effort and making history with her election. “I think when other industry groups, partners, and associations saw that AAHOA had chosen a woman to be a future chairperson, it put us on a different level. It opened doors for us that had previously been closed,” she explains.

With two years to go until taking on her role as chairwoman, Panwala is moving full steam ahead. She says she takes every opportunity to represent AAHOA members’ interests and share their stories with key decision makers at local, state, and federal levels. “Fifteen years ago, hoteliers didn’t worry as much about laws and regulations. We were more concerned with how to fill up rooms, our ROI, getting our ADR up,” Panwala explains. “The laws and regulations governing small business owners play a big part in our success.” Oversupply in the market, joint employer regulation, drive-by lawsuits, and fighting human trafficking are just a few of the issues that Panwala lists as her top concerns for the industry right now.

Despite the challenges facing hoteliers, Panwala sees so much potential in the industry and its next generation of leaders. “I see the industry and AAHOA growing beyond measure because these young people are coming in and getting far more involved than previous generations,” Panwala explains. Her best advice to up-and-coming hospitality professionals is to go where they see growth. “Take a really good, long look at the supply and demand in the areas you want to invest in.”

Panwala also sees a future with more women in hospitality. “Support and encouragement from superiors and peers is what gives women the push they need to stay involved.” She adds that removing barriers to leadership is another key—like creating equal pay, for example. “Recognizing women as leaders and giving them the opportunity to move upward is critical,” Panwala says. “Women are movers. Women are shakers. Women get things done.”