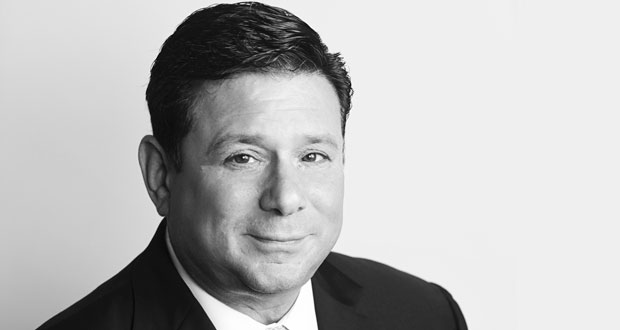 Jay Stein, CEO of Dream Hotel Group, isn’t too worried about macroeconomic trends that could impact the hospitality industry. The lifestyle hotel company isn’t like other big names in hospitality, he says, in that Dream Hotel Group is hyper-focused on select markets and the niche hotels in its competitive set. “Our hotels are unique and they drive unique business,” Stein explains. What sets Dream Hotels apart from other lifestyle properties, according to Stein, is its emphasis on food and beverage, creating attractive social scenes, and positioning a hotel as the pulse of its neighborhood. LODGING caught up with Stein to discuss what Dream has planned for 2018 and the markets it’s eyeing for development.

As more brands jump into the lifestyle space, how are you positioning Dream Hotels to stand out?
There are a lot of lifestyle hotels, but not a lot of them that bring the kind of big F&B, big social, neighborhood element like we do. We just opened Dream Hollywood [in July 2017]. It’s been very well received—food and beverage does almost $1 million a week in revenue at that hotel. It’s great to have food and beverage that’s exciting and profitable, but it also adds to the ADR. When people make that their hotel of choice because it’s a fun place to stay and there’s a lot of energy, they’ll pay that small rate premium because they want to be there. That $20, $25, or $35 isn’t a huge number in those kinds of hotels, but when you multiply it by 80 percent occupancy on 179 rooms, 365 days a year, it’s a couple of million dollars with no expense associated with it. That’s a great benefit in the kind of hotels we run.

I look at very specific markets and how we’re trending in those areas. If we have to pivot on certain things that may not be doing as well in an F&B outlet, we’re open to that. We don’t just say, “Well that’s what we have and we’re going to live with it for 10 years.” We try to be nimble enough that we stay relevant to the community. We’re not so worried about the hotel guests. We’re worried about the community that we’re in, that our hotels are relevant and that they’re fun and a good social place to be.

What’s your approach to developing a relevant hotel in a new market?
We do develop some hotels with other partners, and some of them we do ourselves. We say our formula is that we don’t bring a formula. PH-D Lounge is our rooftop bar at Dream Downtown in N.Y. The hotel does really well, but we don’t say PH-D in every Dream. Our goal is to make each hotel the most fun, most exciting hotel in its market. We make sure that it’s the place where everyone wants to be.

What does Dream have planned for 2018?

Unscripted is our newest brand—it has the easiest trajectory for growth because it can be in secondary markets. Just one restaurant and a signature lounge could be enough, whereas Dream and Time Hotels really need to be in a primary urban market. Dream Hotels need five or six food and beverage outlets and high-energy nightlife.

The Unscripted brand in Durham, N.C., opened [in July 2017]. We’re working on one now that we just signed in Birmingham, England—our first project in Europe—and we have one in Dallas/Fort Worth and one in Austin, Texas. We should see some of those opening up in 2019.

We’re doing a really fun project called the Chatwal Lodge up in Bethel, N.Y., very close to where Woodstock took place. [The 50th anniversary of Woodstock is in 2019]. We may be rolling out more of these five-star wilderness lodges—almost as if Ralph Lauren did a retreat in the middle of nowhere. We’re going to do some glamping tents as well as cabins on the lake.

What U.S. markets are you looking to break into?
San Francisco is a must for us. In most of the markets, we’re looking to work with local developers, but San Francisco is one of the few markets where we would build our own hotel. London’s the other primary market where we would build our own. With the proximity to the eight hotels we have in Manhattan, it’d be great to have the D.C. and Boston markets play off of each other.

There are also a lot of opportunities now for our brand. We really think that secondary locations should have great lifestyle hotels. You’re seeing great restaurants now in secondary and even tertiary and wilderness areas. People care about the quality of beverages they’re serving and take pride in things that are local to their markets. Everywhere is cool now, and just average is not acceptable.

How is industry changing to adapt to consumers’ modern tastes?
The industry now realizes that just being pleasant to everybody is not the right answer. Niche is okay and hotels should be putting out great stylized products and food and beverage that maybe not everybody will love, but at excellent quality. We as an industry got so off base that good enough became good enough. Why? You never went to a restaurant that was just okay. You asked, “Where’s a great restaurant?”

Dream got very much in tune with that in the 1990s. By 1999, we launched our first lifestyle hotel—The Time Hotel in New York. We’ve been very embedded in lifestyle for 20 years now. Today, our whole industry is claiming to be in the lifestyle space. Use the term lifestyle—use whatever you want. Our industry should be doing great things all over.