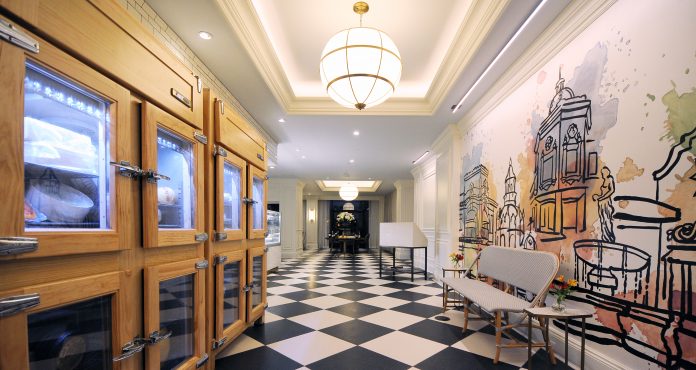 The four-diamond InterContinental Kansas City at the Plaza hotel has undergone a complete makeover and introduced a new French-infused dining destination called “American Slang Modern Brasserie.” The iconic hotel has stood over Kansas City’s famed Country Club Plaza since 1972 and has hosted celebrities, sports legends, and dignitaries throughout its history. 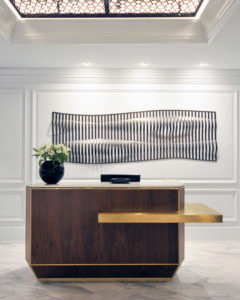 “The InterContinental Kansas City at the Plaza has taken on a whole new vitality and energy,” said General Manager Don Breckenridge. “The look and feel of the hotel has been elevated to reflect a more understated and sophisticated elegance, while retaining a welcoming and inviting feeling, through the use of a significantly lighter palette and materials that look and feel luxurious.”

Breckenridge said the change in style was inspired by the local flavor and diversity of Kansas City, as well as the DNA of the InterContinental brand. AAA recently awarded the renovated InterContinental Kansas City at the Plaza a four-diamond rating—fewer than five percent of the hotels in the United States earn such a distinction.

The “American Slang Modern Brasserie” is a bright and airy modern brasserie that will feature French cuisine with a twist at breakfast, lunch, and dinner under the creative influence of Executive Chef Drue Kennedy. Kennedy comes to the InterContinental from Seasons 52 where he served as Executive Chef. The entirely remodeled, playfully designed upscale café atmosphere boasts large black and white check flooring, bright white subway tiles, marble and brass appointments, light-colored, refined, white-washed wood finishes with pops of color, and leather upholstery. Hand-painted murals show the Plaza’s architecture and scenes from the hotel. A 35-seat bar will offer tastes of more than 60 craft beers and a host of signature cocktails.

“The introduction of American Slang Modern Brassiere and its exciting new concept is the final piece in unveiling the transformation of the iconic InterContinental hotel,” said Breckenridge. “Hotel guests and the local community will enjoy the new twist on modern classics along with the expanded bar concept and contemporary vibe. It really is an energetic new look and feel.”