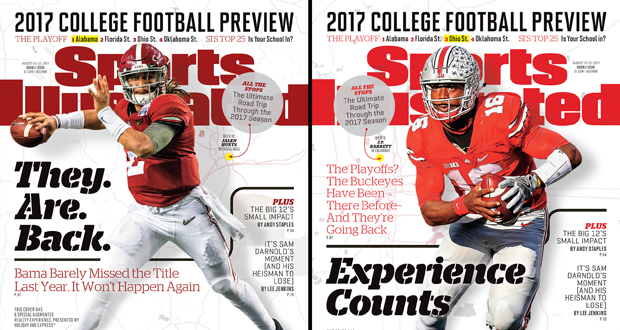 IHG is taking on a new kind of marketing in Sports Illustrated’s College Football Preview Issue—virtual reality (VR). The move is part of the Holiday Inn Express brand’s “Be the Readiest” campaign, which the company kicked off earlier this year.

Readers can unlock the 360-degree video content on the cover and inside the issue by using the LIFE VR app, Time Inc. platform on iOS and Android. Holiday Inn Express’ partnership includes a short clip with the brand’s “Creative Director” Rob Riggle as part of the midscale hotel brand’s “Be the Readiest” campaign.

Focusing on “The Stay”: Updates on Hilton’s Brand Platform and Advertising Campaign