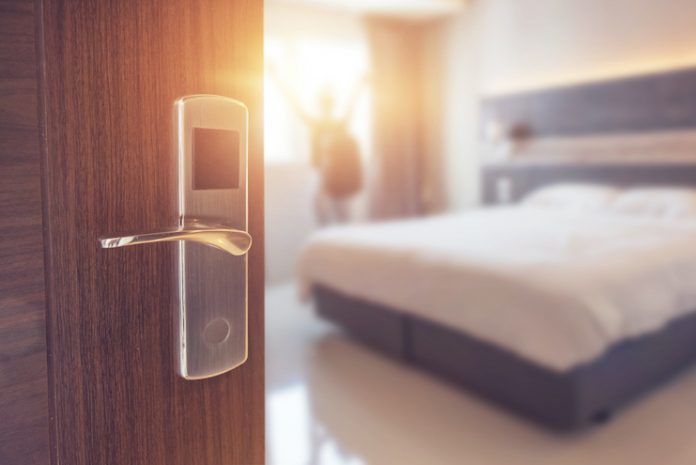 The pandemic has no doubt created a shift in the U.S. hotel demand mix, but while deviations from historical trends have been aplenty, recent data shows a return of seasonal patterns. With concerns persisting around the pandemic, however, there is plenty of reason to question the staying power of those patterns.

While 2021 has no doubt been the summer of the leisure traveler, another segment finally joined the party in July with group demand at 54 percent of its 2019 levels. Although group demand remains significantly depressed from its pre-pandemic highs, reaching the halfway point in recovery marked an important victory for the segment most affected by the COVID-19 pandemic.

Transient demand, on the other hand, eclipsed 90 percent of 2019 levels due mostly to the leisure traveler. Transient business travel represents a smaller piece of the pie as delayed return-to-office plans and corporate risk aversion have left the segment slower to return this year, and even the surge in vacationers couldn’t completely offset the gap left by corporate road warriors. However, continued month-over-month improvement and strong total demand leave transient performance much lower on the industry’s list of concerns.

It’s the future of groups that are weighing heavily on hoteliers’ minds as summer ends and the traditionally group-heavy fall season begins. With business travel still not back to pre-pandemic levels, and the rapidly spreading Delta variant putting pressure on big events, summertime group recovery may be short-lived.

Historically, group demand peaks in late July then falls week over week until Labor Day, then rebounds rapidly during the big “conference season” that sits between summer’s end and Thanksgiving.

While it’s possible some of the loss can be attributed to the Delta variant currently surging in the United States, demand, as indexed to 2019, suggests that most of the decline is seasonal.

While the transient demand index has lessened for the past four weeks, groups have maintained a fairly stable index over the same period, indicating that while transient travelers may have started to stay home, groups haven’t yet canceled plans. That, of course, could change quickly; late August brought several high-profile cancellations.

Part of group demand’s recent resiliency may be due to the who and where of current travel. With leisure travelers headlining summer recovery, it should come as no surprise that leisure-based groups are helping to drive the segment’s strengthening performance. Weddings, family reunions, sports events, and other smaller, leisure-based groups helped weekend group recovery pace ahead of corporate-heavy weekday recovery in the final weeks of summer.

For groups, which have historically shown their strongest demand over the Tuesday/Wednesday mid-week period, this shift is significant, as it points to continued softness in the return of midweek corporate groups.

The similar pattern observed in transient demand corroborates this finding, as weekend-based leisure travelers reached just under 100 percent of their pre-pandemic levels in July, while business-reliant weekdays remained 13 points behind the weekend demand index.

Group demand indexes in the Top 25 Markets continue to lag group recovery in all other markets in aggregate. There are five exceptions within the Top 25, however.

The regions with the fewest restrictions have the strongest demand as indexed to 2019. Markets with renewed mask restrictions like San Francisco, New Orleans, and Seattle have the weakest group demand, while markets with few restrictions such as Nashville, Tampa, and Houston have climbed to more than 50 percent of their pre-pandemic demand levels. One of those markets had a high-profile cancellation announced in August—the National Rifle Association, which planned to hold its annual meeting in early September in Houston, was originally expected to attract more than 70,000 attendees.

Group demand remains among the least recovered of all U.S. demand segments, but performance has improved over the past few months, as groups shifted to smaller, more rural markets, and long-delayed leisure events slowly resumed. While the continued climb in COVID-19 cases across the country strongly suggests that group demand recovery will slow, if not stop, the progress to date points to the overall strength of the U.S. hospitality industry.

Kelsey Fenerty is a research analyst at STR.