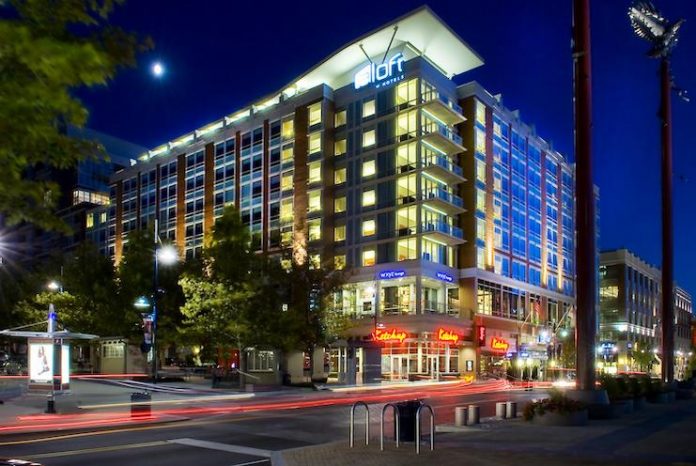 At the 2019 Lodging Conference in September, the hotel management company Kokua Hospitality, LLC, announced that it has merged with Filament Hospitality to become the hybrid third-party management company Sightline Hospitality. According to Kirk Pederson and Phil Tufano, who were president and COO, respectively, at Kokua, and will hold those titles at Sightline, the two companies have such different but complementary strengths, few positions will be eliminated due to duplication. Nonetheless, as Pederson and Tufano told LODGING, because some changes and adjustment are unavoidable even under the best of circumstances, they have prioritized transparency to allay employee concerns and promote buy-in at both the corporate and property level.

Pederson, who stresses the importance of getting ahead of employees’ understandable worries about what these changes will mean for them says the merger had occurred internally in April—several months before the official announcement—so employees were the first to know about the changes to come and how it would affect them individually.

“Employees understood that the additional scale of the merged company could be good for them in terms of having more opportunities and better benefits, but there was also apprehension and questions, such as ‘What does it mean for me and my job? Are they going to eliminate my position? Will my job be harder? Will there be similar benefits, bonuses, review process?’ These were the types of questions they had, and it was important to put everyone at ease with regard to their jobs and futures.”

Pederson says because Tufano was the one handling day-to-day operations at each hotel and in the corporate office, he was the first one to reach out to team members and explain the goals and objectives of the merged company and respond to their questions. He says, underlying their approach to this transition was the golden rule. “You have to put yourself in the other person’s place. Think ‘If that were me, what would I want to know?’ Transparency is huge, as is listening. You can’t anticipate everything, but for the most part, if you approach it in that manner, you can eliminate some of the stress.”

When the decision had been made but before it was announced even internally, Pederson and Tufano got their ducks in a row. “We had already mapped between ourselves who we planned to retain, who they would report to, and how that was going to work, so we were prepared to answer their questions about their responsibilities and what had changed. Immediately after the announcement, Kirk and I sat down with every person in the corporate offices of the two companies to explain what the merger would mean for them.” They then gathered the entire executive team for an off-site one-day retreat in Calistoga. “We felt we needed to get everyone on the same page. We wanted their feedback on how we planned to operate—what were their concerns, what needed to be clearer, what should we do in the field?”

Pederson says there were different approaches to properties depending upon whether they were already managed by Kokua or whether they were coming in from Filament or one of the new properties acquired after the merger. “Those from Kokua already knew me and Kirk and our personalities, so it was mostly a matter of understanding why we merged, why we changed our name, and what that means for everyone and the opportunities ahead; but for those we hadn’t worked with before, we needed to say ‘We know you don’t know us but this is what we’re looking to do, this is how we’ve operated, what we’ve done, what we’ve now got—a company where 1+1=3.’”

“Transparency is huge, as is listening. You can’t anticipate everything, but for the most part, if you approach it in that manner, you can eliminate some of the stress.”

Pederson says immediately after the official Lodging Conference announcement, he and Tufano hit the road to bring their message to the entire Sightline organization. “That’s when we launched a roadshow, going to every single hotel to meet or get in front of every single employee, from line level to senior management at every property we manage,” maintains Pederson.

“At that time, we introduced everyone in entire organization to the new company name, what we stand for, why we’re doing what we’re doing, where we’re operating, what our goals and objectives are, and who they work for—all to get them to buy into what we’re doing, so they can be supportive in whatever role they play to execute that business plan.”

With the roadshow completed, the next order of business for Pederson and Tufano is defining a new corporate culture dubbed “Culture of Welcome”—one that can and should differ from one property to the next in keeping with its “home team.” As Pederson explains, their focus on their employees’ well-being going forward in this regard will be self-sustaining long after the pain of the transition has been outgrown. “What we learned during our roadshow around the country, is that even more important than a policy of welcoming hotel guests—which is, after all, part of their job—is supporting a culture of welcome within each ‘family’ of employees.”

Virtua Partners Merges With Hotel Equities; Raises Over $341 Million in 2019