Not many buildings have an especially notable past, but Crossroads Hotel in Kansas City, Mo., has some historic connections to its community. The hotel is located in the former Pabst Brewing Company bottling and distribution plant and the adjacent Tom Pendergast offices. However, even when a building has an interesting history, adaptive reuse projects aren’t always easy to execute. Kevin Robinson, co-founder and principal of Aparium Hotel Group, which owns Crossroads, notes that this particular project came with its own challenges, but that Aparium was drawn to the building for its connection to the community. “We wanted the surrounding neighborhood to embrace the hotel, because we knew if they did, it would always be relevant to locals and give travelers an authentic vibe,” he says. 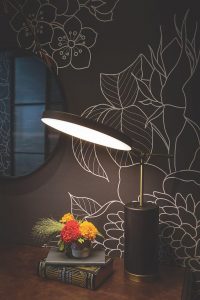 Aparium often pursues adaptive reuse projects for this reason, but also knows full well that these types of projects come with a unique set of challenges. For example, structurally speaking, not all buildings are optimal for housing a hotel. In Crossroads’ case, the warehouse frame limited their options, and the new atrium had to be built around existing structural components. There are also historical considerations, since many of Aparium’s projects are in significant buildings. “Historic preservation comes with its own priorities, so that requires extra care on our part,” Robinson remarks.

Beyond construction-related bumps in the road, becoming a part of the community is perhaps the most important element of an adaptive reuse conversion—one that can’t be built, developed, or bought. In Aparium’s case, instilling community values helped the property’s Kansas City neighbors feel as though they were part of the conversion process and embrace the property when it opened its doors. Amber Rose Powers, Aparium Hotel Group’s chief relationship officer, says, “Our DNA is based on the local. We are in the business of creating really unique properties in partnership with local makers and artists.”

“We wanted the surrounding neighborhood to embrace the hotel, because we knew if they did, it would always be relevant to locals and give travelers an authentic vibe.”

Aparium strategically placed local details throughout Crossroads Hotel to create a link to Kansas City. The guestroom wallpaper is designed by a local tattoo artist and furniture is sourced from a local handcrafter. A rotating gallery features artists from Kansas City and ties into the surrounding neighborhood. Design-wise, the property reflects the liveliness of the town. “It’s tasteful, well-balanced, and not too flashy,” Robinson says.

Robinson adds that Kansas City has been primed for this hotel, and the surrounding community has embraced Aparium Hotel Group’s partnerships with locals to make the hotel as much a part of the community as possible. Powers adds, “We have a mission to create something for the city that ties the old and new together, which is great for everybody. You can be 28 or 80—it doesn’t matter—we have something for you. The acceptance of the community has been a really exciting part of Crossroads.”