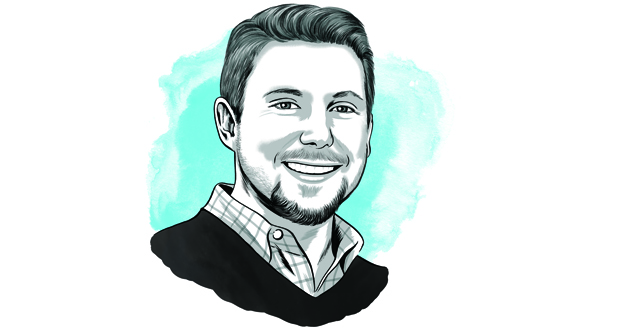 Ryan Rivett, who was promoted to president and CEO of My Place Hotels in May, has the hospitality industry in his blood. His grandfather, Ron Rivett, was a co-founder of Super 8, launching the brand in 1974. Ron sold the Super 8 franchise system in 1993, but continued in the hotel industry as a developer, builder, and operator. In 2012, he founded My Place, seeing it as a re-entry point to hotel franchising. Together, the grandfather and grandson have grown the My Place brand, which was created to address a need they saw in the hotel market for a new kind of economy hotel. LODGING spoke with Ryan about taking over the family business and what the future may hold for My Place.

How did you get your start in the hospitality industry?
I’ve been here all my life. Various family members were involved in the business before me, but I’m the first to take a leadership role. I started in construction and moved through all components of our organization. I’ve been in the business now for 12 years. I’ve been involved in all areas of the company, and it’s positioned me well to handle my responsibilities as we’ve launched My Place. Now, we have 32 open properties, 11 under construction, and a pipeline that will take us all the way up to 116 hotels.

You’ve said that you want to expand to 1,000 hotels by 2024. How do you plan to reach that goal?
We projected that number based on the growth of Super 8 between 1974 and 1993, before it was sold to Hospitality Franchise Systems. Having experienced growing a chain to 1,000 properties in 20 years then, adding to what we know and what our resources are today, we should be able to accomplish that goal in roughly half the time. Franchise sales really started on January 1, 2014, so 2024 is when we’ll arrive at that 10-year mark. We’ll adjust our goals if necessary as we go along, and the number of properties might be more than 1,000 by 2024. Either way, we set our goals aggressively—but realistically—and work very hard to achieve them. There’s no magic behind it or crystal ball, that’s for sure, but it’s more and more real every day.

Do you have any properties in your pipeline that you’re particularly excited about? | What I’m most excited about isn’t necessarily one location; it’s more about expanding into different regions. In 2017, we’ll see the chain expanding a bit in the East Coast, including the mid-Atlantic space, e.g., New York, as well as North and South Carolina. We’re rapidly entering the Southwest region with the first location in the Phoenix market this year. We also have properties under construction in Las Vegas right now. And there’s an ownership group that’s interested in developing a My Place hotel in Hawaii.

Earlier this year you went on a cross-country tour where you announced four properties in four days. How did that come about?
It isn’t anything we planned for. I’m just glad we identified the opportunity in time to make arrangements. What it signified is a threshold that carries us into the next place of growth for My Place. We’re approaching the point where we can begin talking about properties opening in terms of hours as opposed to days or months. The highest pace of opening for Super 8 was one property every 46 hours in 1989. As we program ourselves and we lead franchisees in that direction, we want to see what it feels like to open one property—or at least begin one property—every 46 hours.

How are you attracting franchisees to the My Place brand in a very crowded marketplace?
By focusing on building relationships and truly supporting our franchisees in a very hands-on fashion. The business model is pure and very simple, which many franchisees find refreshing. My Place also provides a great opportunity to truly diversify an existing business or hospitality asset portfolio. The fact that the franchised hotel marketplace is so crowded is part of what makes our niche product so attractive. We’re a young company with a successful organizational history, so franchisees are confident in our knowledge and resources. Also being a young company makes us more nimble and responsive than our competitors, which also seems to be very much appreciated by incoming franchisees.

Checking In: Chris Guimbellot Returns to Hospitality International to Lead Amid Turbulent Times