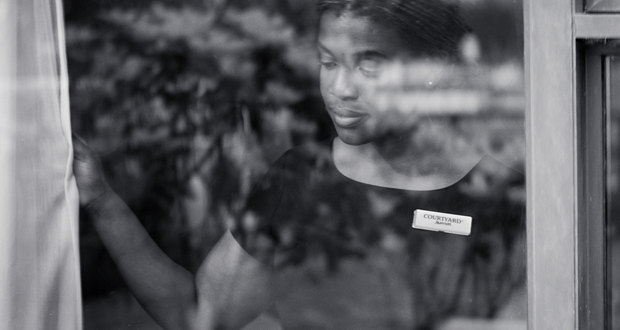 Marriott’s dedication to their guests has taken shape in the form of a new multi-platform campaign. Launched in August 2017, the campaign, called “The Golden Rule,’ endeavors to celebrate the company’s commitment to human connection and promise to their pledge, “It’s not just about making beds. It’s about making days.” The campaign focuses on how brand associates’ treatment of guests can inspire a ripple effect, leading to more impactful connections between people. The commercials themselves adopt an emotional storytelling approach that aims to celebrate the warmth, familiarity, and authenticity of the human race.

The “Golden Rule” campaign first launched in the U.S. in mid-August, with the 60-second “Human” commercial airing during primetime TV. After the premiere, it extended into social, digital, and IFE, as well as launched in Canada across TV and social in early September. “Human” was later joined by three 30-second spots in cable; “Broken Bus,” “Wonderful Day,” and “Stranded.” The campaign extends into all four Marriott Classic Select brands—Courtyard, Four Points, SpringHill Suites and Fairfield by Marriott—and honors real-life stories from Marriott associates and guests. Together, these brands represent more than one-third of Marriott International’s 6,200 global properties.

In terms of marketing approach, this campaign represents Marriott International’s entry into category marketing, a new strategic way to connect guests with its brands and associates. “With the ever-changing media landscape, combined with our hyper-connected, digital world, we felt it was important for the “Golden Rule” campaign to reach our consumers on the platforms they are regularly interacting with to get their news and content, including TV, web, and social,” says Paige Francis, vice president of global market branding at Marriott International. “We wanted to extend the heartwarming sentiments beyond the commercials and were able to do so with digital-only content.”

The content of the ads themselves range, but all deal with the inherent idea of helping others in times of need. “Human,” the longest of the campaigns, is also the most inclusive; it incorporates all four brands into one commercial that addresses both personal and political themes, such as friendship, bullying, interracial and same-sex couples, and overcoming language barriers. Stylistically, all of the commercials are in black-and-white, distinguishing the campaign from other hotel advertisements as well as Marriott’s previous promotions.

According to Francis, however, these commercials go beyond a campaign. “They illustrate that the hospitality we deliver at these four brands can serve as a guiding principle of how all people should be treated,” she says. “The content honors the real-life stories of associates and guests that reflect the importance of the humanity we work diligently to include within the travel experience.”

Marriott is currently preparing for a docuseries to be released early next year, which will celebrate the most extraordinary examples of why and how everyday people live by the golden rule.