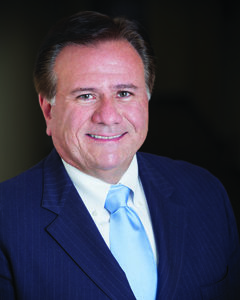 As president and CEO of First Hospitality Group (FHG), Bob Habeeb is charged with growing and cultivating the Rosemont, Ill.-based company’s reputation as one of the nation’s top hotel developers and operators. In his recent discussion with LODGING, he describes his company’s philosophy, exciting new development projects, and the company’s willingness to think outside the box and venture beyond its current base to pursue appropriate growth opportunities.

FHG tends to focus on properties in the Midwest. What is the thinking behind this strategy?
Historically, our philosophy was to develop and manage hotels in every concentric circle of our Chicago home base. We could continue to focus our growth efforts on bringing better management results to hotels that we’re geographically closer to and that have served us well over the years. But we’re now at the size where we might want to start thinking outside that box. We are in no hurry, but we would now be open to the right opportunity in any market.

Where is the company headed?
Job number one now is our team’s work on a huge pipeline of development projects, opening $500 million worth of hotel real estate over the next two years. Given that we traditionally open three or four hotels a year, this promises to be an exciting couple of years for us.

How do you determine if FHG is a good match for a particular hotelier?
We see the whole management process as a two-way street; it’s a marriage. We don’t want to just chase after every deal that comes our way. We use an internal review process to examine management deals before we jump in. In our group, we’ve set up very basic criteria for the brands we’re willing to manage, the markets we want to be in, the range and size of the hotels that we’re looking to manage, and, most importantly, what we know about our sponsor, the owner. We have a very thoughtful conversation about all those criteria and then decide whether it’s an opportunity we want to pursue or whether it’s one that’s better left for someone else.

Why were you attracted to this industry?
I originally planned to become a lawyer, and began working in the hospitality industry to pay my law school tuition. But I ended up becoming immersed, and in the process, realized I’m probably much too people-oriented to have enjoyed being a lawyer. I can’t think of anything else I could do that provides this much satisfaction.

Checking in With Arzu Molubhoy of Atlantic Hotels Group

How Hilton CEO Chris Nassetta Is Celebrating Its 100th Anniversary