Home People Cate Farmer: The GM Who Loves a Challenge 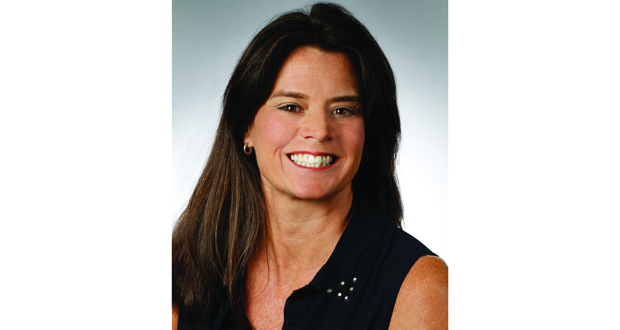 Cate Farmer had big plans. This builder’s daughter was going to be a Pulitzer-prize-winning journalist, traveling the world to write meaningful content for the biggest newspapers in the world. Yet, somewhere along the way, the work she was doing at hotels to supplement her income as a journalist became intriguing to the point that she changed paths.

Farmer says it was perhaps due to her father’s influence that she at first felt an attraction to the architecture of great hotels, but she soon realized it was more than that. “Going deeper, I found that what interested me most were the people inside the building.”

During college in Madison, Wisconsin, Farmer describes how she worked at a hotel across the park from the capitol building. “I loved everything about it. I did everything they asked, and it became a big part of my life,” she says.

After graduation, she continued to juggle her dual passions, working as a journalist for a newspaper group in the Cayman Islands by day, and as an employee in the food and beverage department of a hotel by night, enjoying both travel and writing. “Between newspapers and hospitality, I traveled around the Caribbean and the United States, and was fortunate to have had the opportunity to work in great cities like Miami, Milwaukee, Chicago, New York, Dallas, Boston, the Bahamas, and Grand Cayman.”

Her hospitality career took root when her previous general manager, Tom Chigoy, now director of the Greater Miami Convention & Visitors Bureau and the general manager at Wyndham Miami Beach, offered her an opportunity as the assistant food and beverage outlet manager in Milwaukee, Wis. “Tom was very supportive and allowed me to grow. In hindsight, I realize that it gave me the chance to wear many management hats at Wyndham in the 1990s, when the company was growing very quickly.”

Describing herself as “one of those people who loves a challenge,” Farmer said at Wyndham, she asked to be placed on the task force list. “This fulfilled my desire to travel and experience different cultures. I had this extraordinary opportunity to work with the openings or transitions of many properties. I got to experience many different types of hotels and resorts. I was hooked!”

After that, her career really took off. Somewhat out of the blue, her former mentor, Chigoy, contacted her and offered her the chance to move to Miami to work at the iconic former Omni Hotel in downtown Miami, where it was changing flags. There she became the director of catering and conference services. Then, she went to the Eden Roc on Miami Beach, which transitioned from a Destination Hotels & Resort property to a Renaissance and later became part of the Marriott family. She was transferred to the Dallas Renaissance Hotel in an operations role and then a few years later back to Miami Beach. Farmer says she had the chance to indulge her interest in design and architecture during nearly a decade at Morgans Hotel Group, which she describes as “a design-driven company.” During that period, she hopscotched from Miami to Boston, New York, and eventually to the Bahamas, opening several properties, before returning stateside in 2014 to take on her current position as general manager at the Margaritaville Hollywood Beach Resort.

Farmer stresses the importance of community involvement, which she says enriches both the property and community in ways that go beyond generating additional revenue. She says that any hotel or resort with which she is affiliated has an important role to play in its community, and that she, as both a citizen and representative of the property, takes this responsibility seriously, which she finds personally fulfilling. “My current role is to make sure I’m an active part of the community and always representing the resort. I sit on the executive board of the Hollywood Chamber of Commerce and act as an advisor on certain tourism and sustainability issues.” She also sits on the executive committee of several local boards including The Florida Restaurant and Lodging Association Broward Chapter and the Hollywood Arts and Culture Center—an association that feeds her own interest in the arts. “I am passionate about the arts, particularly in communities like Hollywood that are rich in culture.” She says she also participates in numerous philanthropic events in Hollywood and beyond. “Involvement is the key. Tourism is a key driver in our economy and as a business leader, ensuring that stays relevant and top of mind is very important. I am also active with the advisory councils of the Greater Ft. Lauderdale Convention and Visitor’s Bureau and really enjoy having the opportunity to help influence decisions that impact the future of the hospitality industry in our market.”

Farmer says her team at Margaritaville Hollywood Beach Resort is working diligently to encourage what she calls “the next leaders in our industry,” cultivating interest and giving experience in the hospitality industry for high school and college students. “We have a local high school, South Broward High, which has a phenomenal, award-winning, four-year trade program focused on the hospitality and tourism industry. We have developed a mentorship program that allows students to job shadow and learn from various divisions within the hotel. Our leaders spend time with the students and give them guidance and support as they study. We also work closely with the hospitality and culinary programs at the various local universities, whose students are able to gain skills and knowledge in a real work environment as interns.” Noting that she owes her own success to the support of mentors such as Chigoy, she says, “As we talk more about the emerging workforce and millennials in the workforce, I love supporting today’s young leaders and giving back what someone gave to me—the opportunity to grow.”

Farmer also recognizes that she herself, as an industry professional, is in a position to act as a role model for causes she believes in. “My involvement is very broad and diverse. I’m not only a member of the community, but I am also a leader in our industry—a role model and a resource for others.”

Marriott GM Erica Qualls-Battey on Supporting Her Associates and Industry

Dorothy Dowling on Paths To Joy and Success