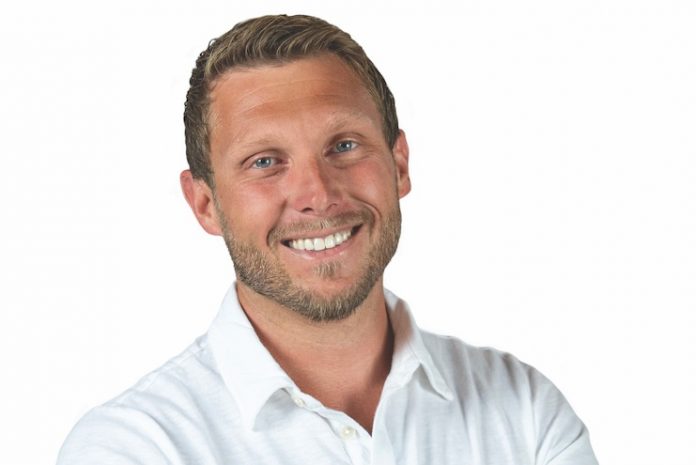 Ryan Rivett has been surrounded by franchisees since his childhood. Growing up in the family business—his grandfather, Ron Rivett, co-founded and launched Super 8 in 1974—Rivett attended both big hotel conventions and more intimate outings with owners, operators, and developers. He shared that he once serenaded one of these crowds in a hotel bar with a rendition of “Margaritaville” by Jimmy Buffett.

“I remember having a lot of parties in our offices and our homes where there’d be groups of 20 to 40 people,” Rivett recalls. “What really forms my early memories of the hospitality business and franchising is not transactional in nature—it’s more of an intimate relationship. It’s experiencing things that you like to do and the business happens secondarily to those.”

That style of close interactions defines Rivett’s approach to franchisee relations today as the president and CEO of My Place Hotels—a brand Rivett built with his grandfather starting in 2012 to address a need they identified in the economy hotel space. Since its inception seven years ago, development of the brand has taken off. This summer alone, My Place is celebrating several milestones—from rolling out its Stay Rewarded loyalty program in June and officially joining the American Hotel & Lodging Association (AHLA) to opening its 50th property in the United States by the end of the summer. Rivett told LODGING that he expects the brand’s growth to only accelerate in the coming years now that it has built a solid footing of talented staff and strong relationships with franchisees and industry partners.

“Franchise sales and the growth of a brand is more cumulative than incremental,” he explains. Between the hotels currently under construction and those in the pipeline, Rivett anticipates reaching 75 open properties in the next six months and 100 in the next 12 months. “We’re never going to take as long to get to an increment of 50 as we have up until now.” Rivett also has his sights set on expanding My Place’s footprint in the U.S. Southeast and Northeast.

As the brand scales up, Rivett stresses the importance of growing and investing in its culture and people. “They create the foundation,” Rivett explains. “That’s why so much of what we do is relationship-based and about having fun, because if you don’t enjoy what you’re doing and the people you’re working around, it’s going to be more difficult to engage and invest, and that’s what scaling the company is going to require.”

While on the road attending groundbreakings and property openings, Rivett and the My Place team connect with franchisees, developers, and communities and create memorable experiences in each location—whether sharing a round of golf or a meal at the best local restaurant. He explains that each trip is comprised of both calculable and incalculable successes—from the number of franchise sales and new contacts to encouraging brand engagement on social media. “All of those things are individual successes, but they’re not necessarily the only successes. They’re the tangible ones. But the intangible part is that each time we go on a trip, there’s always talk of how much fun we had or something we experienced on the prior trip. It builds expectations so you look forward to what’s going to happen next.”

With so much focus on hiring and retaining the right people to propel growth, Rivett says that My Place is ramping up its investment in the recruiting and interviewing process. “It’s always challenging to get comfortable with a person who’s thinking about joining your company,” he says. If a potential hire is willing to provide the time, the company invites them to spend some time with its employees and My Place University training programs. “We’re looking at making a bigger commitment so that the people who do come on board with us are more certain that this is where they want to be and we’re more certain that they’re the person we want to work with.”

He adds that another critical piece of retention is providing opportunities for existing employees to experience areas of the company outside of their daily job responsibilities—advice Rivett learned from Flo Allen, a 30-year employee of Super 8 Motels who became vice president of training in 1988. “It’s really important for the revenue management person who’s mostly in the office and on the phone talking with franchisees and operators to be able to get out to a brand opening, to travel out to a property and visit with the staff, and to come to the convention and engage with franchisees, partners, and vendors,” Rivett explains.

My Place recently made another significant commitment to workforce development when the company announced its partnership with AHLA in June. “It has already been benefiting franchisees and the brand,” Rivett says. “It’s impossible not to recognize the value that AHLA is bringing to the hospitality industry. We have been beneficiaries not only of their activities in political advocacy, but also in training and providing support to operators and developers.”

Rivett maintains that the hospitality industry’s continued prosperity relies on the people who serve as the foundation of its brands. “The hospitality industry is so heavily laden with people—whether on the corporate side or the consumer side. The biggest challenge is just making sure that we are doing a good job of embracing them,” Rivett says. “That’s probably the thing that keeps me going the most—trying to understand and continue to improve in addressing those challenges.”