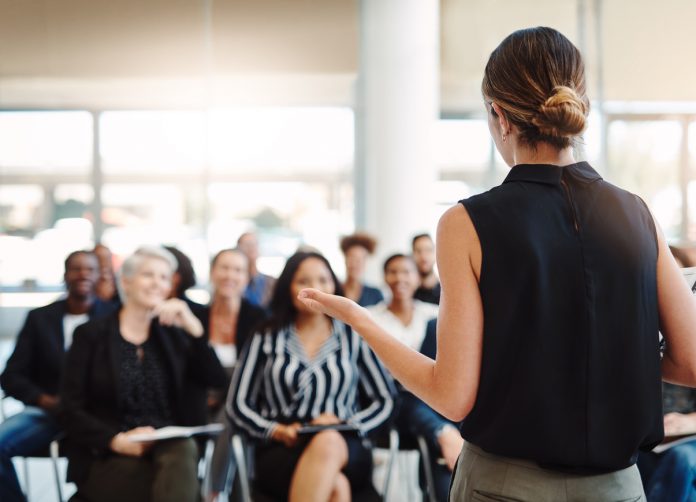 As director of Castell Project, Inc., a 501(c)3 nonprofit organization dedicated to accelerating the careers of women professionals in the hospitality industry, the obstacles that hinder women in their efforts to advance are all too familiar to Peggy Berg. Speaking to LODGING during the recent Americas Lodging Investment Summit (ALIS), Berg commented on pay equity and transparency, the progress of women in the industry, and provided an update on Castell activities, growth, and how the “championship” of individual and corporate sponsors can open a world of possibilities to women.

What changes are you seeing relative to women’s “place” in the industry?

I would say that, for the most part, things are moving in the right direction in different parts of the industry. Although women are barely hitting the C-suite, they do seem to be headed in that direction. Compared to when we began compiling data in 2016, there are more women appearing on the podium, more in senior positions—including seven CEOs—and more receiving recognition, including the Castell Award given Accor CEO Heather McCrory.

What are your feelings about pay equity?

I think this touches on cultural change, which is hard, and it’s not something that happens entirely organically. It’s more of a process, and the more thought you put behind it and the more directed you are about handling cultural change in your company, the more likely it is that it will be positive, profitable, and effective. I think there’s a series of things companies can do to move toward pay equity that will gain momentum, just like other changing processes in the industry.

Related to this, do you think there should be pay transparency in companies?

What I read is that when companies go to pay transparency, it removes suspicion and people’s concern that they’re not being treated fairly compared to others in the company. Also, when companies go to pay transparency, they tend to become fairer in preparation for doing it, so overall, it creates a more positive working environment. However, it’s not something you can do without prepping for it. Like everything else with cultural change, if pay transparency is to be done in a way that will be beneficial, it must be done in a directed, planned way.

We’ve got a Castell committee centered on compensation to help us better understand this sometimes-delicate topic. That prompted some to seek information from their friends and contacts across companies; in bringing up the subject, they found it was easier being able to mention they were doing it for Castell.

What is new and/or exciting at Castell, which is now in its fourth year?

Castell Project initiatives include providing leadership training for women to support the hospitality industry in accelerating the development and progression of women, compiling and providing to conference organizers its Women Speakers in Hospitality List to help put more women on the podium at hospitality industry events, delivering benchmark statistics via an annual report on women’s progress, and bringing executive women to campus to share experiences and opportunities with college women as they establish their career goals.

“What these programs do, especially for employees whose companies single them out to attend the program, is removes what they may see as barriers to development and lets them blossom.”

The Castell program is now being offered at two levels—Build, which is for emerging leaders, and Elevate for women already in leadership roles who want to move up in their careers significantly. There is also Castell Refresh, a supplemental leadership development and resource–building program available only to those women who have already completed the Castell Project program.

We’re also growing Castell@College, a two- to three-hour program with panel and roundtable discussions to help promising students learn more about hospitality industry careers and Castell. This program opens students’ eyes to the range of things people do to make a living in the industry. They can ask question, and because they are given speakers’ contact information, they can follow up and possibly use it as a networking opportunity. We’ll be in 20 colleges and universities in 2020, and expect to expand significantly in the future.

In what ways does the value of these programs go beyond their content?

What these programs do, especially for employees whose companies single them out to attend the program, is removes what they may see as barriers to development and lets them blossom, take advantage of resources, and bring that back to their companies. Nearly every one of them has a champion—someone who says to them, “We think you have a future at our company and we want to invest in you.” This is something that creates loyalty in a remarkable way. This something well known to flags like Hilton and Marriott, which have the scale and resources to invest in their employees in this and other ways, and have served as role models for the industry. However, it’s really employees at the companies in the rest of the industry that don’t have such programs and resources that stand to benefit most from Castell.

How is the industry supporting the Castell Project?

It’s been wonderful to see the industry support us in a way that will let us continue our mission. The $40,000 from the American Hotel & Lodging Foundation (AHLA Foundation, formerly AHLEF) just approved by AHLA, will enable us to expand our Castell Research, which generates its Women in Hospitality Industry Leadership report with benchmark data that lets companies measure their performance and set goals to excel with women in leadership.

The Ladder Up fundraising effort, so-called because it’s designed to help women reach higher levels, I am happy to say, is gaining momentum. Hilton was the founding sponsor, but now Accor has joined in with $100,000, and there are others coming in with large donations, including Aimbridge and Park Hotels.

With such industry support, we’ll be able to expand various programs and our research.