Home Industry News Brands Best Western’s CEO and Board Chair on Their Approach to Growth and... 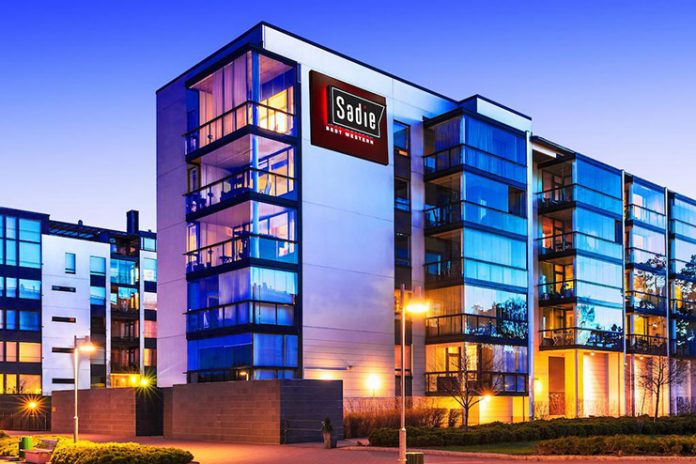 There is a significant amount of overlap in the interests of Best Western Hotels & Resorts (BWHR) longtime President and CEO David Kong and its Board Chair Anthony “Tony” Klok, who is a Rebel Hospitality principal and BWHR owner. The two spoke to LODGING at the 2019 Best Western North American Convention and Global Conference about how flexibility and support for owners define the brand, and how the form and function of the company have changed—but the DNA has not—since their acquisitions of WorldHotels and AutoClerk, and the launch of the boutique-style brands Aiden and Sadie.

Klok said there was an enormous amount of excitement surrounding BWHR acquisitions, first of WorldHotels (a collection of approximately 300 hotels and resorts around the world that will expand Best Western’s presence in upper-upscale and luxury segments), then the hotel property management system (PMS) company AutoClerk, which is expected to simplify distribution for its hotels by making technology management, revenue management, customer relationship management, reporting, and connectivity simpler and easier.

“With the acquisition of WorldHotels, we acquired a hotel company to help with our scale and growth. It fits into our portfolio like no other because we were missing that upper-upscale luxury segment.” As for the property management system, he says, it enhances and streamlines communication. “It lets us get ahead of potential problems by giving us the advanced notification we need to quickly resolve issues.”

Kong says they were well aware of the challenges involved in integrating the WorldHotel properties they inherited, but believing it was advantageous for BWHR to offer a more comprehensive portfolio, jumped at the chance to dramatically increase the company’s scale and diversity. “Everyone says integration is the toughest thing—much harder than building and launching a brand from scratch. You have to integrate not just the technology but also the people and culture—everything.” However, he says, the main reward—“being able to provide a one-stop-shop”—significantly outweighs the growing pains that are part and parcel of the process.

Kong says the flexibility BWHR offers is especially attractive to owners of properties that are already or considering going independent, but would still benefit from having big-brand resources such as a booking engine, loyalty program, and relationship with OTAs. “If an owner wants to reposition a property—for example, make it a boutique—we have options for them.” These options now include the boutique concept brands Sadie and Aiden, which launched in 2018. He adds that many owners who may not have been attracted to traditional Best Western properties but realized they wanted to tap into its platform for technology, sales and marketing, or distribution, were interested in these two because “they have personality” such that one owner converted a Best Western into an Aiden in the Cape Cod town of West Yarmouth, and another built one just outside Paris in recent months.

While Kong observes that many international hoteliers resent the U.S.-centric sensibility that American-based hotel companies may bring to their international properties, he says the newly acquired but established hotels abroad can serve as a base in major cities, making it easier for owners to enter the market there with new properties. “Because we expanded by targeting groups of hotels that were already there, there’s an infrastructure in place, so it’s faster and easier to wrap up the sale and move forward. For example, with an existing base in France, you can grow around the area easily because you already have people who know the language and how business is done; they have established relationships with suppliers, and access to relevant sales and marketing information.”

Kong adds that even in the past, BWHR’s approach to growing the brand internationally focused on partnerships and establishing a presence in the target region. “This is how we’ve grown over the years. In Europe, Germany, France, Italy, Great Britain, and Scandinavia, are our biggest affiliate organizations; and on top of it, we have offices all throughout Europe and the Middle East.”

From his vantage point as an owner, Klok describes BWHR as “member-focused,” saying, “Instead of being overly rigid like some other major chains, we focus on finding solutions for the particular market. Perhaps a solution that worked in another situation just needs some tweaking. We can be flexible to work in your market.”

Calling BWHR “the most franchiser-friendly brand,” Kong says it fills a void left by the restrictions that limit owners’ ability to take real ownership of their properties. “We want to be more understanding and supportive to empower more freedom and flexibility. That’s the DNA of our organization.”