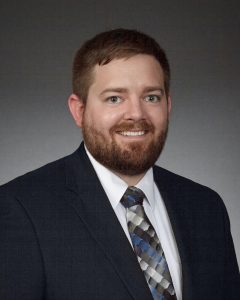 Over a decade ago, Kelbie Reynolds started one of his first “real jobs,” as he puts it—washing dishes at the Courtyard by Marriott Jacksonville Beach Oceanfront Hotel in Florida. From there, he worked in pretty much every department—food and beverage, housekeeping, security. He spent time working as a beach and pool attendant and even spent a season in Alaska working for a cruise line. Eventually he moved back to Florida to work for a business setting up chairs and umbrellas for beachgoers. After all that, Reynolds decided it was time to return to where he started: hotels.

“I was sick of the sun. I needed to go back to what I’m good at. I love the guest aspect of things, the relationships you create, so I came back to hotels to start over and planned to work my way up,” he says.

That move was just over two years ago. Today, after starting at the front desk and then moving to front office manager, Reynolds is hotel manager of the Hilton Garden Inn in Jacksonville, a property managed by Remington Hotels. Reynolds credits his acceleration to hotel manager in part to an apprenticeship program through the American Hotel & Lodging Association Foundation (AHLA Foundation) that he says fast-tracked his career, despite the challenges brought on by COVID-19, which swept the nation and shook the industry less than a year after he started his apprenticeship as part of a pilot class in the summer of 2019.

Reynolds is one of more than 2,500 apprentices across 48 states and 870 sites currently enrolled in a Hospitality-Sector Registered Apprenticeship (HSRA)—an earn-while-you-learn training program conducted via a partnership between AHLA Foundation, the National Restaurant Association Educational Foundation (NRAEF), and the Multicultural Food and Hospitality Association (MFHA). Earlier this month, NRAEF received a five-year, $9.2 million contract from the U.S. Department of Labor to grow and expand HSRA, which is designed to provide a pathway to sustainable careers for workers seeking high-skilled and high-paying jobs and for employers looking to train, promote, and retain their workforce. AHLA Foundation recently reported that despite the challenges facing the hotel industry due to COVID-19, the Foundation is seeing a 94 percent retention rate among apprentices who are working with more than 40 corporate employers representing all segments of the industry.

Reynolds faced unique challenges himself throughout his apprenticeship, which he recently completed with the help of his mentor, Andy Preslar, area general manager, Remington Hotels. As the pandemic caused occupancies to drop to historic lows, led to staff furloughs, prompted the suspension of stayover service, and caused the hotel’s restaurant to close, Reynolds worked 12 hours shifts six days a week and even lived on the property for about 90 days. “It was the most challenging thing I have ever done,” he says. “There were nights that mine was the only room rented. It was like The Shining.”

During that time, Reynolds cleaned rooms when occupancies picked up on weekends, dabbled in engineering when his chief engineer wasn’t around to fix issues that arose, and folded laundry at the front desk. Because of the pandemic, Reynolds could not work with his mentor in person, but they stayed in contact over the phone and on Zoom. In June, he was finally able to start bringing back some staff who had been furloughed and continued to do so as business sustained.

For Reynolds, the experience of this past year has amplified his appreciation for all those who work throughout the property. “Running a hotel is hard. Running a hotel without staff… they’re the heart of the house,” he explains. “It made me appreciate the staff a lot more.”

This December will mark one full year that Reynolds has served as hotel manager. In the future, he wants to run a property completely on his own as a general manager. He notes that Remington has supported him through this process and he is ready for the next step. “I’ve learned how to run a hotel by myself and the ins and outs and the apprenticeship program has done a fantastic job teaching me how to do that,” he says. “You really get your hands into every single department—from HR, engineering, sales, accounting—all of it.”

Reynolds adds that in addition to experience, the apprenticeship helped him gain more exposure within his company; he is the second apprentice from Remington to complete the program. “Everybody knows who I am now. It’s pretty amazing,” he says. “The apprenticeship program in itself has skyrocketed my career.”

Women of the AHLAF Board: Joy Rothschild

Women of AHLAF: Focus on Diversity, Equity, and Inclusion

Women of the AHLAF Board: Tricia Primrose

Women of the AHLAF Board: Elizabeth Mullins