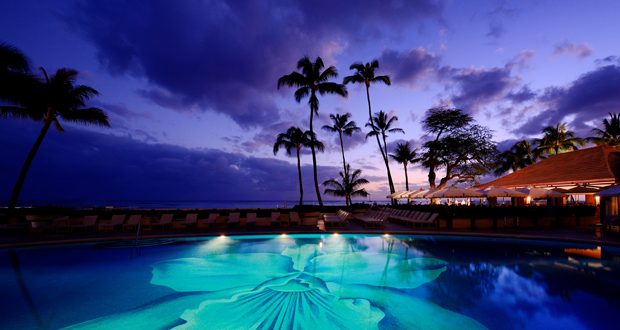 Americans for the Arts announced its 2017 honorees for the BCA 10: Best Businesses Partnering with the Arts in America. Several U.S. hotels were selected as top partners for supporting the arts, including: Halekulani Hotel, Waikiki, Hawaii; 21c Museum Hotels, Louisville, Kentucky; and The Betsy Hotel, Miami Beach, Florida.

Presented every year by the Business Committee for the Arts (BCA), a division of Americans for the Arts, the BCA 10 awards honor 10 U.S. companies, a business leader, and an arts and business partnership for their exceptional commitment to the arts through grants, local partnerships, volunteer programs, matching gifts, sponsorships, and board membership. The BCA 10 awards will be presented on October 11, 2017 during a gala at the Central Park Boathouse in New York City.

“We are grateful to honor these businesses and individuals for their exceptional involvement in ensuring that the arts thrive in their communities,” said Robert Lynch, president and CEO of Americans for the Arts. “They provide the arts with significant financial and in-kind support, and they incorporate meaningful arts-related programs into their employee, customer, and community relations activities–truly setting a standard for other businesses to follow.”

Halekulani Hotel
Halekulani Hotel was nominated by Hawai’i Arts Alliance, a statewide private non-profit known for advocating art in schools, for supporting the arts in its community. Halekulani has created and developed a bespoke program of experiences for its guests and patrons, including its “For You, Everything” program, which invites guests to enjoy the cultural and arts offering on Oahu through VIP complimentary access and select private docent tours at some of the most famous and iconic arts and cultural institutions in the city.

“Participating in the proliferation and evolution of arts and culture initiatives within the community has allowed both Hawaiian society and our company itself to create shared value in the interest of quality of life and cultural preservation,” said Peter Shaindlin, Chief Operating Officer of Halekulani Corporation. “Halekulani Corporation’s collective community outreach runs the gamut from artistic expression to educational enrichment, ranging from the adult community right down to the earliest stages of arts education.”

The Betsy Hotel—South Beach
The Betsy Hotel—family-owned and independently operated by Jonathan Plutzik and his wife Lesley Goldwasser—aims to capture and champion the power of community through its dedicated PACE (Philanthropy, Arts, Culture, and Education) program. The Betsy cultivates in public spaces the sights and sounds of art, music, and literature. The hotel has collaborated with hundreds of partners since opening in 2009 through diverse programming, including Writers for Young Readers, Global Jazz Party, LGBT programming, the JAHLIT (Jewish American and Holocaust Literature festival), Miami’s TRANSART festival, annual A Cappella festival, and IberoAmerican literary festival, among others.

“We’re humbled to receive this high recognition from such an impactful and inspiring organization,” said owner Jonathan Plutzik. “The importance of creative pursuits has always been paramount for us, and through our curated programming, we were able to achieve our goal of giving a voice and a stage to a diverse group of artistic communities opening up The Betsy for all to enjoy.”

21c Museum Hotels—Louisville
21c Museum Hotels puts contemporary art at the heart of its experience. The company was founded by Laura Lee Brown and Steve Wilson, contemporary art collectors and preservationists who believe in the power of art to transform communities. The couple opened the first 21c Museum Hotel in 2006 along downtown Louisville’s West Main Street, rehabilitating a series of 19th century warehouses. The hotel is anchored by a multi-venue contemporary art museum with thought-provoking exhibitions, interactive site-specific art installations, and a full roster of cultural programming. 21c Museum Hotel in Louisville also engages with the local community through its ongoing initiative, Elevate 21c, an exhibition program that features works by local artists.