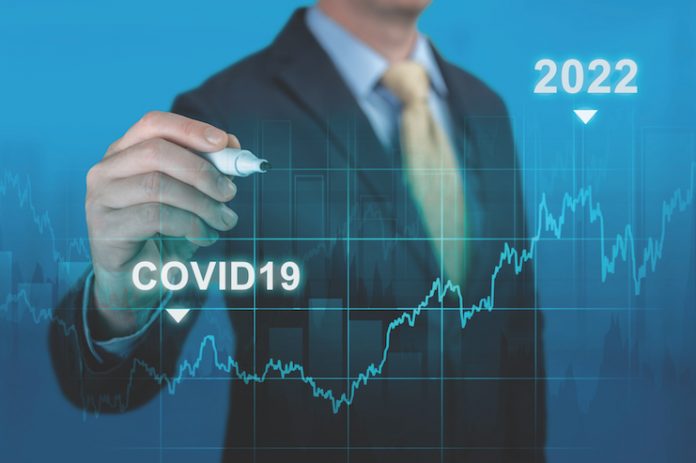 Understanding, measuring, and forecasting the recovery of U.S. hotel performance has been difficult at best amid the global pandemic. Unlike other cycles that were driven by economic jolts, this downturn was disruption-led, providing no historic precedents to use in projecting the industry’s trajectory. Plus, each time a recovery horizon has been set, a new COVID-19 variant or the like has altered the course and expectations. Recognizing these challenges as well as the need for meaningful guidance, STR established the Market Recovery Monitor (MRM), which measures weekly market-level performance against the appropriate pre-pandemic comparable from 2019. What we have seen since March 2021, when the recovery began in earnest, has been as remarkable as the pandemic itself.

In April 2020, U.S. daily room demand (seasonally adjusted*), dropped a whopping 72 percent as compared with February 2020 volume and was down an average of 49 percent for three consecutive months. By December 2020, the U.S. hotel industry was in recovery as room demand was down only 34 percent against that same February level. This unto itself is significant in that the industry witnessed a 117 percent increase in average daily demand in only eight months. Fast-forward to the end of 2021: Daily room demand is about 5 percent** off the February 2020 total and 212 percent higher than in April 2020. At the time of writing in early December, demand for the full year was expected to reach 88 percent of 2019’s level and STR’s most recent forecast predicts demand will surpass 2019’s peak in mid-to-late 2022.

The rapid change in demand among the 166 STR-defined U.S. markets reflected much disparity. The first markets to recover were those that are viewed as destinations, like the Florida Keys, the Florida Panhandle, the Utah area, Montana, etc. In all, roughly 47 markets saw room demand at or above 2019 as the 2021 calendar neared its end. On a monthly basis, the number of markets that have surpassed 2019’s volume increased from 10 in September 2020 to 91 in July 2021 to an estimated 80-plus in November and December 2021. However, there are still markets suffering, particularly in the Top 25 Markets, which are designated by STR based on hotel supply. Full-year projections suggest that demand in San Francisco and New York City would come in at or slightly above 50 percent of the 2019 comparable. Other markets with low full-year demand include Boston, Chicago, Seattle, and Washington, D.C. Most of these markets, however, have improved, particularly in the third and fourth quarters of 2021. Overall, demand for the Top 25 was 76 percent of 2019’s level compared with 95 percent for all other markets.

A key indicator of the industry’s overall health is group demand. Focusing in on those hotels that cater the most to this segment—luxury and upper-upscale hotels—we have seen group demand increase from just 19 percent of 2019’s volume in January 2021 to 63 percent by October 2021. Group demand began trending upwards in July 2021 and has been slowly increasing. For the year, group demand was projected to be 40 percent of 2019’s total.

While most of our analysis this year focused on demand, key recovery metrics, average daily rate (ADR) and revenue per available room (RevPAR), have not been forgotten.

ADR dropped for 13 consecutive months, including by 45 percent in April 2020 as compared with February 2020 on a seasonally adjusted basis. By March 2021, ADR had regained 80 percent of that February 2020 value and by the end of 2021, it was estimated to be back to where it was prior to the pandemic. Monthly ADR began surpassing 2019 levels in July 2021 and continued through the end of the year. When considering inflation, real ADR has averaged about 95 percent of 2019 levels since July 2021. More than half of all markets saw 2021 ADR surpass 2019, led by the Florida Keys, Myrtle Beach, S.C., Maui Island, Hawaii, and Gatlinburg/Pigeon Forge, Tenn., where 2021 ADR was projected to be 20 percent or higher than in 2019. Overall, real ADR was higher than 2019 in 49 markets, and U.S. industry ADR is estimated to have finished 2021 at 95 percent of its 2019 level on a nominal basis (89 percent when accounting for inflation).

In April 2020, RevPAR was just 20 percent of its February 2020 value as room revenues dropped to the lowest monthly level ever recorded by STR. Over the past 20 months, RevPAR has improved, with the year-end 2021 value predicted to be down a mere 7 percent of the February 2020 level. Many individual markets have seen a similar advancement. In June 2021, only 28 markets were reporting “peak” RevPAR (RevPAR indexed to 2019 above 100) in the first six months of the year as compared with the same six months of 2019. By September, 50 markets had surpassed 2019 RevPAR in the nine months that had passed. At year-end, 62 markets were at “peak” RevPAR. While that is good news and shows solid progression for the recovery, we know that some of the lift has come from inflation. Therefore, when taking inflation into account, only 36 markets are expected to be at “peak” 2021 RevPAR at year’s end. However, 79 markets—nearly half of all markets—were in “recovery” (real RevPAR indexed to 2019 between 80 and 100). There are still 51 markets that are either in “recession” (real RevPAR indexed to 2019 between 50 and 80) or “depression” (real RevPAR indexed to 2019 under 50). Unfortunately, of the 10 markets with the lowest real RevPAR indexed to 2019, eight are in the Top 25, including Boston, Chicago, New York, San Francisco, and Seattle.

While the industry saw solid progress in 2021, the recovery is far from complete. Moreover, emerging COVID variants continue to hold back the key segments—business travel along with groups and meetings—that would propel the recovery to the finish. STR expects that the industry will be fully recovered with all measures above 2019 levels by early 2023. Real ADR and real RevPAR, however, are not expected to surpass 2019 until sometime after 2024.

*Daily seasonally adjusted data allows for month-over-month comparison. STR used the ratio to moving average basis from January 2014 to December 2019 in its calculations.

**Based on preliminary November and forecasted December 2021 data.