Home Conferences and Events ALIS 2022 Leaning into Labor: Thom Geshay on Davidson’s Approaches to Bulking Up and... 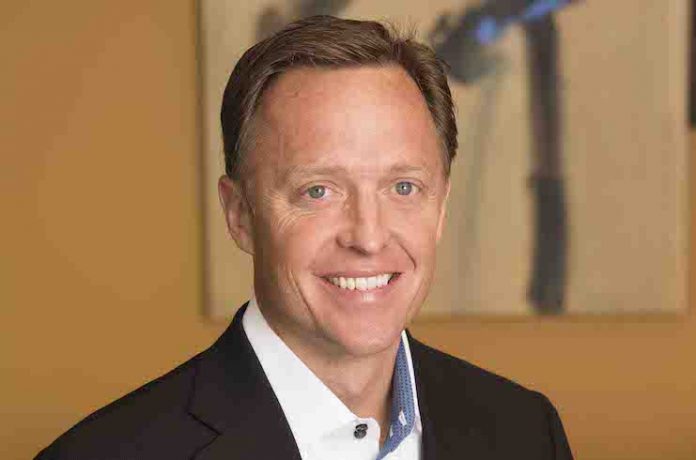 Speaking with LODGING at ALIS 2022 shortly after becoming CEO and president of Davidson Hospitality Group, where he’s spent his entire 34-year career, Thom Geshay reminds that the current staffing shortage is nothing new. He sees the current crunch as a much-needed and long-overdue wakeup call that should jolt decision-makers into finally making changes geared to improving that situation long-term for the sake of the industry and its workers. Part of the problem, he says, is that too few recognize just how much opportunity hospitality has to offer. He sees a corporate culture that prizes diversity and staff retention as something his own company, which has sustained less turnover than most during these challenging times, has done right—something that has greatly contributed to Davidson’s ability to support the corporate goals he also describes.

Will your elevation to the CEO position impact the strategy you described several months ago?

There will be no major shift from the rebrand strategy I described then. I was very much part of setting the course we’re on now while working with then-CEO John Belden, who will now “coach” from the sidelines, instead of from the field, in his new role as executive chairman, as well as a member of Davidson’s board of directors. The rebrand was really an evolution of sorts with decades of work behind it. There are an awful lot of great management companies, many of which operate in all categories, from economy to full-service. How we differentiate ours is in the type of properties we have. We love the larger, complicated, upper-upscale to near-luxury premium assets—such as those with golf, skiing, membership clubs, or full resort amenities in the full-service category. We understand and want to stay focused on such properties, where room revenue accounts for only half of total revenue. Their management requires skills and resources that are much more refined; and for that reason, we launched a Resorts division last year as part of our rebranding and brought in Steve Contos, who is an industry legend in the resort space, to lead that group.

Do you anticipate adding significantly to your staff going forward?

I do. You’re only as good as your people. We took a different track during the pandemic than a lot of companies, who cut staff to protect their balance sheet. Although we did have to let people go at the property level, we felt that cutting corporate staff would hurt our owners when they needed us most. Therefore, with the support of our capital partner, KSL, we not only kept on our full corporate staff, but we actually took advantage of the opportunity to add talent that was available then and is not now. We hired some really wonderful people, which enabled us to solidify our corporate team and build it around the resources that can help make us best in class. Having these skills is something owners of assets worth as much as $90 million expect of the management companies that operate their hotels.

What about the labor shortage at the property level? How big a problem is that and what types of strategies do you have for dealing with it?

This is a significant and worsening problem that is affecting everyone, not just the hospitality industry. During the worst of the pandemic, we needed to eliminate some services due to public health guidelines, and guests were understanding. However, at the same time, room rates increased, and we needed to provide most of the services guests expect.

Now, as business is increasing, we need to step up our efforts to hire more while also retaining the workers we have. We’ve really leaned heavily in on this. We’ve bulked up our corporate team—not so much on the recruiting side, although we do have a recruiting team—but on training and development, because we believe this is an important key to retention. We’re trying to create a culture around our core values, one that honors and values staff in an environment where people feel like they have a real career path. This culture has served us well: We’re significantly below the industry average in turnover, and I think our culture’s a big part of that.

Beyond a positive culture within a single company, how can the industry overall attract workers, so labor—especially hourly workers—won’t be the chronic problem it’s been for years?

A significant overarching problem that will take much commitment and many years to resolve stems from the fact that our industry hasn’t done a great job of presenting itself as a viable career path for people. My story is typical within the industry; I just fell in love with hospitality during a summer job before entering college to major in industrial engineering. When I took that summer job, I never imagined I would someday be CEO of the company.

The career opportunities are great, but we don’t advertise it well enough to those who haven’t just “fallen into it,” like me and many at the highest levels. As a result, people think of hospitality as a job, not a career. We have to get past that by introducing young people to the industry—via internships and various types of outreach—when they’re still in high school or college. At the same time, we need to make a point of bringing in more women and people of color, so there will be more diversity in our ranks. By blending all that together, we can create a network—a pipeline, if you will—of future employees for the hospitality industry, one that will not only get the work done but provide a diverse selection of workers.

This was probably a much-needed wake-up call. I believe in 10 years, we’ll be better positioned due to the work we’re only now starting to do to make up for the bad job we did before. However, to deal with the situation we face now, we need help, including from the government. The allotment of foreign workers allowed through its H-2B program now is capped at 33,000; I think the need is more like 130,000.

We’re excited about the opportunity to manage some iconic historic hotels that are beloved by and very much part of their respective communities. We didn’t set out with a strategy to find old historical hotels and properties, but it’s sort of worked out that way, and our marketing and design teams have gotten really good at leaning into their unique stories to create a special experience for the guests. The team members, too, feel a sense of pride working at these jewels in their own communities.

This now includes adding Davenport Hotels to our Pivot lifestyle portfolio. The group was established by the Worthy family in Spokane, Wash. It began with their purchase and renovation of the 100-year-old Historic Davenport Hotel, to which they added The Davenport Tower, The Davenport Lusso, The Centennial, and The Davenport Grand Hotel in downtown Spokane. Together, the properties account for nearly 1,800 guestrooms, 10 restaurants and lounges, and nearly 130,000 square feet of meeting and event space.

Optimizing Recruitment: Hireology Aims to Ease the Hiring Burden in the Hospitality Industry