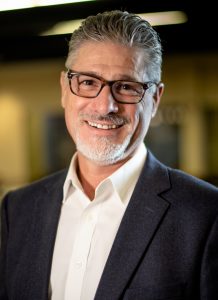 Merrillville, Indiana — White Lodging, one of the largest independent hotel development and management companies in the United States, has named Jean-Luc Barone the CEO of the hotel management company. Ken Barrett, who previously held this role, will continue to serve as president of White Lodging, focused on the performance of the company’s owned assets and other key company initiatives. Both Barone and Barrett will report to White Lodging Founder and Chairman Bruce White.

“Jean-Luc and David have been catalysts for positive change and have quickly elevated the company’s urban and lifestyle hotel offerings and locally relevant restaurants,” said White. “Both leaders also have a reputation for creating an environment that allows each associate to be their best self, and grow through training, development, and mentorship—something associates all across the industry need more than ever.”

Barone is responsible for all of White Lodging’s hospitality management operations, including new hotel openings; concept creation and execution; and the award-winning Brush Creek Luxury Ranch Collection. Prior to joining White Lodging, Barone spent 16 years with Starwood Hotels in a variety of operation roles, including vice president of global food and beverage for Starwood hotels

As chief operating officer, Lanterman will oversee all strategy execution, operations, and customer service at the property level. His focus will be on driving consistent and focused execution across the portfolio. Prior to joining White Lodging in 2013, Lanterman spent 10 years with Winegardner and Hammons Hotel Group in multiple leadership positions. He is a graduate of Johnson & Wales University.

In addition, White Lodging announced that Steve Ransone will serve as vice president of organizational capability. In this role, Ransone is responsible for recruiting, training, development, and other direct efforts designed to grow associates’ personal and professional skills. Ransone is a 23-year White Lodging veteran who most recently served as vice president of rooms operations. He worked at Marriott International for more than 10 years before joining White Lodging.

“Our people are the heart and soul of White Lodging and I’m proud to see these internal associates thriving,” said White.