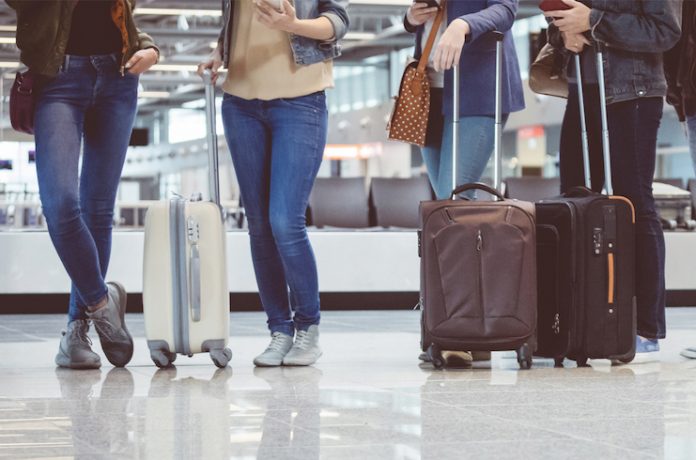 Spring and early summer brought a much-welcomed boost in hotel room demand as COVID-19 restrictions continued to ease in many parts of the world. STR’s Market Recovery Monitor in late May showed around two-thirds of global markets and more than 95 percent of U.S. markets in a recovery or peak position, with revenue per available room (RevPAR) indexed to 2019 at 80 or above. Further, around 70 percent of U.S. markets and 40 percent of global markets were achieving higher RevPAR than in pre-pandemic times. While inflationary pressures continue to impact markets, meaning that real comparisons with 2019 are less impressive, strong underlying demand for travel and improving attitudes toward COVID project well for continued growth.

STR’s May 2022 research, conducted across 1,300 traveling consumers across the United States, United Kingdom, and Europe, showed continued improvement in travel sentiment even in the context of increasing economic uncertainty and geopolitical headwinds.

The latest data revealed heightened enthusiasm for eventual post-pandemic travel, both domestic and international. Over a third of respondents stated they are more likely to travel domestically or internationally in a post-COVID world than before the pandemic.

Improving performance and surging interest in travel signal a burgeoning period for the industry. But in an environment of growing economic uncertainty due to historically high price pressures, what are the expectations regarding travel spend?

Travelers almost unanimously expect to spend more in 2022 compared with a trip pre-pandemic. Overall, 57 percent thought they would spend more on transport, while just over half expected to pay more on accommodations and F&B on a forthcoming trip. Meanwhile, consumers appeared least likely to increase their holiday shopping and souvenir spend.

One respondent aptly summarized the overall mood in the following way: “Since we haven’t traveled much for two years, we have more money in our travel budget and are more willing to make up for lost time. Also, inflation means that we will probably be spending more.”

Put differently, consumers are aware of the impact of global factors on increasing tourism costs. This awareness, combined with pent-up and increased demand for travel, has led to an acceptance of higher prices and, hence, increased spend. The extent to which higher prices generate growth on the bottom line is a big question for the industry as inflation continues to grow rapidly across the globe.

Travel Costs Are the Greatest Barrier for Future Travel

Given the above, it was perhaps not surprising that the cost of travel emerged as the key barrier for future travel in the eyes of consumers. This result was an understandable consequence of global factors and recognition of increasing prices in the industry. Nearly six in 10 (59 percent) respondents said that increasing travel costs would negatively impact their decision to travel in the next 12 months.

Other issues, such as COVID, increasing living costs, and travel cancellation and disruption concerns also figured prominently, being mentioned by over 40 percent of respondents.

These findings presented a bit of a paradox against improving sentiment and increased desire to travel. The extent to which global factors, including the interventions of governments, exacerbate or alleviate the cost-of-living situation has now become a key issue for the hospitality industry. Current evidence suggests that consumers are both willing and accepting when it comes to paying more to undertake travel. However, as household and other costs continue to increase, travel costs may become increasingly scrutinized, which could stall the impressive recovery seen thus far.