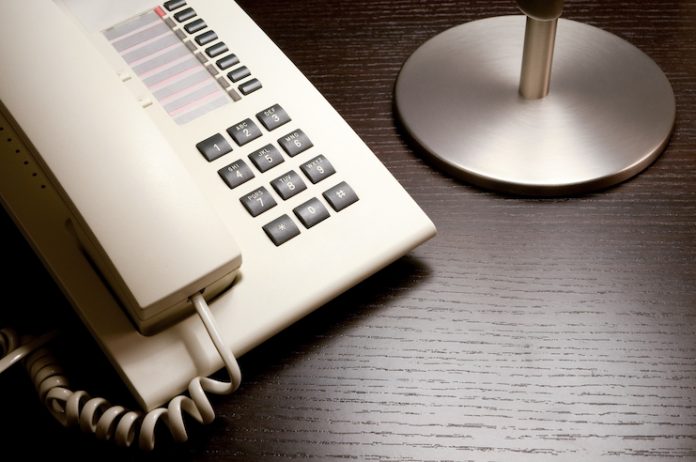 According to Think Simplicity Inc., Co-Founder Alexander Perovich, the last thing hoteliers want to talk about is updating or completely overhauling their communications systems, even as the “inconvenient reality” of the FCC deadline for sunsetting traditional landlines using copper wiring looms. When LODGING caught up with him at HITEC 2022 in Orlando, it was the first time in several years his company represented itself, preferring, he explains, to remain behind the scenes while partners demonstrated his company’s continually updating cloud-based telecommunications services geared toward minimizing friction for clients and, ultimately, hotel guests.

What have you been hearing at the show that relates to the services Think Simplicity provides?

As our name suggests, we’re all about making things easier for our clients, and what we’re gleaning from their comments now is that they want simplification in a very flexible manner. They neither want to be locked into working with a single company that handles everything nor actually manage all the independent players themselves. What they want is independent vendors that can work collaboratively together, with one—and they don’t care which—taking the lead, so they don’t need to manage it themselves. What they want now is the best of both worlds—to be able to choose and approve all the different companies with a leader of the pack to take control and manage the project.

From your own perspective, how do you work it out with other vendors?

We play nice with everybody and only insist on taking that leadership role when the vendor assigned to it isn’t meeting our standards for excellence to the extent that it can impair our own success rate. We are meticulous in what we do, so when we take the lead, we make sure all the other vendors are meticulous as well, that they do what they say they are going to do. Our philosophy is to simplify the complicated and eliminate friction from the customer experience. Simplicity is our key point.

Are there any new updates you’d like to mention?

We don’t think so much in terms of timed updates as much as evolving, like the human body. The fact is, we are updating on a daily basis, and all our customers—no matter how big or small—are always receiving these updates. We have over 500 micro-services and they all work together, so if we upgrade a micro-service, our customers won’t be aware of it. This was true even when we completely replaced our system, which is much like a cable box, for all our customers to give them new capabilities. There was no cost to customers and maybe 5-10 minutes of downtime, which no one even noticed because everything was still routing.

Again, for us, it’s all about reducing friction. Taking time out to do a software update or a complete hardware update is inconvenient for guests. Once the hotel is on our platform, guests won’t have to deal with inconvenience due to the communications system; everything just continues.

What is the of sunsetting traditional copper-based landlines, and how will it impact hoteliers?

This is the term used for the FCC’s phase-out of traditional landlines PSTN (public switched telephone network)—also called POTS, for plain old telephone service—which uses copper wiring and an enormous infrastructure that must be maintained. It will definitely impact hoteliers, who have traditionally been slow to adopt new technology and have an aversion to any discussion of telecommunications system updates. But the fact is, those whose landlines use copper lines—which have become increasingly cost prohibitive and difficult to service anyhow—must transition to digital systems, i.e., voice over internet protocol (VoIP). If they resist conversion, they will face ever higher costs for the lines and difficulty in maintaining their system—so, if, for example, a line goes down during construction, it will be difficult to get it fixed.

What can Think Simplicity do for clients who need to migrate to a digital system?

We have a transition strategy for clients who still have copper. As long as a client has an internet connection, we can convert them to an IP infrastructure with their existing telephone number. We can route all the phone calls, and we have the soft switching and all the applications hotels need, such as for wake-up calls, laundry requests, room service, etc.

Why do you believe so many hoteliers have waited so long to update their systems in the face of imminent sunsetting?

The short answer is that no one likes to talk about phone systems. They know they need it but can’t bear to discuss it until it’s absolutely necessary. That people find it so distasteful, mainly because they find it so complicated, is an enormous challenge for us as a business. That’s why we present it as a phone system with methods to improve communication so they can get closer to guests. It’s far more user-friendly than to piece-meal various communication solutions all acting independently with numerous different guest-facing phone numbers. This really makes it hard for a guest to know whether a text or call received is legit and which is which—the valet with your car, housekeeping with your towels, or the front desk about your room. It reduces friction, which is our main goal in all respects. Using the hotel’s main number is the key to simplicity for both text and phone calls from the guests’ perspective.

What has been the response from hoteliers who subscribe to your service?

We hear from them less and less, which is good, because we don’t want them to need to call. However, we are always happy to improve, so we welcome the calls that help us make the system work better.

At this point, our support tickets have gone way down from when we started back in 2005, and most of the time now, they’re requests for configuration changes, which they can do for themselves, but they may prefer asking us. And why not? They trust us. There’s no charge for the help because everything is included. As long as they pay their bill—and we haven’t increased our rates in 10 years—everybody’s happy; we take care of them, and they take care of us. It’s a win-win philosophy.

React Mobile Executives on the Booming Business for Panic Buttons