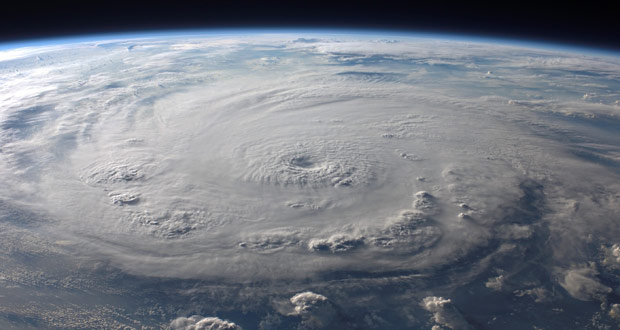 “Unforeseen weather patterns require hotels to remain vigilant when it comes to the safety of guests and associates,” says Michael Diaz, chief operating officer for Driftwood Hospitality Management. “It is important for all of our properties to be prepared, no matter how low the threat is. Our hotel management teams coordinate with local authorities and agencies frequently, they strictly follow evacuation orders and other emergency directives, and many are taking added safety measures this year to best respond to any potential storms.”

Colorado State University forecasters are expecting the Atlantic Hurricane Season, which lasts from June 1 through November 30, to be less active than previously predicted. Including May’s subtropical storm Alberto and July’s hurricane Chris, eleven named tropical storms, and four hurricanes are expected this season—a significant reduction from its May outlook, which had called for 14 total named storms, six hurricanes, and two major hurricanes. Last year’s hurricane season saw 17 named storms, 10 of which became hurricanes.

While the risk to the United States has decreased this hurricane season, it remains important for hotels near the coast or along an evacuation route to prepare. Given the intensity of these natural disasters, hospitality disaster planning is not only critical to protecting guest and employee lives, but it can also make a difference in post-disaster business survival.

Have a Hurricane Preparedness Plan

All employees should be familiar with their property’s emergency plan, in advance of a storm, and participate in regular training sessions if the property is located in a high-risk area or along an evacuation route. Brandon Kitchen, general manager of Hotel Indigo Houston at The Galleria, shared that his property’s hurricane preparedness plan is updated annually, outlining the steps to take for various events and disaster scenarios. It contains all pertinent contacts, supply checklists, checklists for pre-, during, and post-storm procedures, manual operating supplies and logs, outlays of the property, maps, and more.

“When implementing a hurricane preparedness plan, it is important for the staff to be fully trained in manual operations, should the power go out,” shares Michael Buddemeyer, director of regional operations at Hampton Inn by Hilton Daytona Beach/Beachfront. “After losing access to the Hilton OnQ central reservation system for three days during last year’s hurricane season, we realized it is important to train all employees for the unexpected.”

Stock Up on Necessary Items

It is important for hotels in hurricane zones to maintain a surplus inventory of essentials. Simple things such as water, batteries, non-perishables, and flashlights are difficult to acquire once a storm approaches. Having adequate supplies at the beginning of the season grants time to hotel staff so that they can focus on other things when a storm arrives.

Nabil Salloum, general manager of the Hilton Tampa Downtown, noted that his team makes sure all necessary supplies are in place by June 1 each year. This includes flashlights, glow sticks, duct tape, sandbags, a generator with fuel, and other items.

Find Ways to Make Guests Feel Safe and at Home

If a hotel takes in evacuees from a storm, there are a variety of things that can be done to make travelers feel safe and at home. To avoid cabin fever from setting in during a 2017 storm, which saw an influx of anxious arriving guests, the team at SpringHill Suites by Marriott Orlando Altamonte Springs/Maitland provided board games in the property’s meeting room, creating a haven for rest and relaxation together.

Meanwhile, the team at Holiday Inn Express & Suites Orlando Airport created a designated spot for pets to relieve themselves, as it was too dangerous for guests to wander around outside during a 2017 storm. This quick thinking minimized potential damage to other areas of the property and was easy to refresh after guests departed.