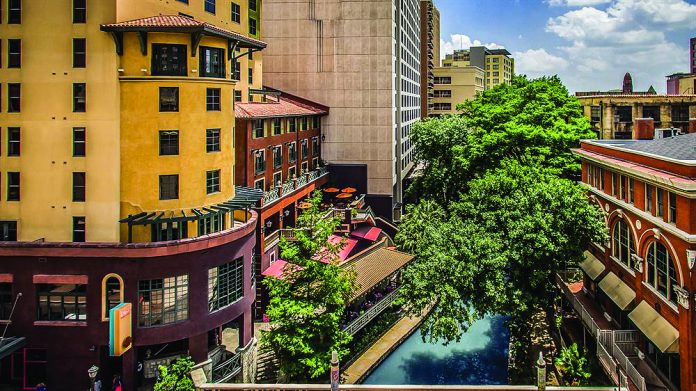 Jay Sugarman, chairman and CEO of the real estate investment trusts iStar and Safehold Inc., is out to rehab the rep of ground leases, and is banking his company’s own reputation and future on getting squarely behind this often misunderstood and, he says, mismanaged, investment vehicle—one that bifurcates two very different investments, buildings and land.

Sugarman says his company—iStar was founded by him in 1996—has had a long history of trying to find ways to make the real estate market better and more efficient, primarily from the capital side, and had already done a lot of work in the finance and lease-back world.

Then, about three years ago, they decided to do something more dramatic. We wanted to find something new and innovative that would be a real game-changer in the real estate industry,” he describes. He says they explored different products, but saw the opportunity they were seeking in ground leases, which they felt were due for a change. “While the rest of the finance market—including lease backs—had become much more streamlined and efficient, the ground-lease market was still pretty archaic and outdated. It had the potential to deliver enormous benefits to owners of institutional-quality buildings, but no one had yet developed a nationally scaled, professionally managed, and customer-focused business dealing with ground leases.”

He says they took their modernization cues from players in other industries—Walmart and Amazon in retail; Google in internet search; and Square in payment processing. “These big industries were changed by people able to introduce a better, more efficient mousetrap and delivering those benefits in a new customer-focused way.”

In considering ground leases, Sugarman and his team realized they would first need to address the “value-destroying” elements that were largely responsible for their bad rap and the reluctance of finance and capital markets for real estate—which abhor ambiguity and uncertainty—to invest in them. “A lot of ground leases include fair-market value provisions, which allow the landlord to raise rents because of increased land values or require building owners to seek approval from the landlord anytime they want to make a change. As a result of such things, they may be improperly structured and improperly sized; and if you don’t get those things right, you won’t be enhancing value; in fact, you can actually destroy value.”

In what he calls a “breakthrough idea based on our over 20 years’ experience,” he and his partners created a modern structure, one more in line with today’s finance market, which likely didn’t exist when a huge chunk of today’s ground lease agreements were inked. “It struck us as inefficient to combine two such different investments—a high-return business like an actively managed hotel, with a low-return passive business like owning land.” Their approach to separating the building and land investments, he says, is “a more capital-efficient way to fund the building of buildings, refinance and recap a building by increasing the size of the pie when either buying or selling a building.”

It is also more customer friendly, Sugarman says, noting that splitting them apart enables investors who want the safety of real estate to invest in just that, while those seeking higher but riskier returns via an operating business could invest specifically in that.

Sugarman also notes that Safehold regards every transaction as an opportunity for a long-term relationship with customers who depend on them to be more successful, always considering cost and capital efficiency. “We study the markets every day to help our customers make more money, and to create better capital solutions for them with less risk.”

With Safehold’s proprietary ground lease structure, he says, the company itself purchases the land from the building owner and absorbs related costs that would, in a traditional ground lease, be borne by the investor. “Just consider all the costs involved every time a property is traded or refinanced; we’re eliminating a lot of those costs in the lifetime of the asset, and are significantly reducing the amount of maturity risk taken on when an asset is financed. In fact, I think we reduce the maturity risk by half by putting the ground lease in place for the land component of the building—that combination of more capital efficient, more cost efficient, and lower risk not only generates higher return, but also lowers the risk profile.”

Sugarman says the experience of his company with the hotel business, as well as related investment vehicles, including Safehold’s ground leases, all represent significant competitive advantages.

“We understand the hotel business and have the experience to properly size, structure, and deal with any contingencies that come along. As the only public company and likely the largest player in the ground lease market over last several years, we have a deeper database and experience as far as how to do ground leases right, and make them value enhancing.”