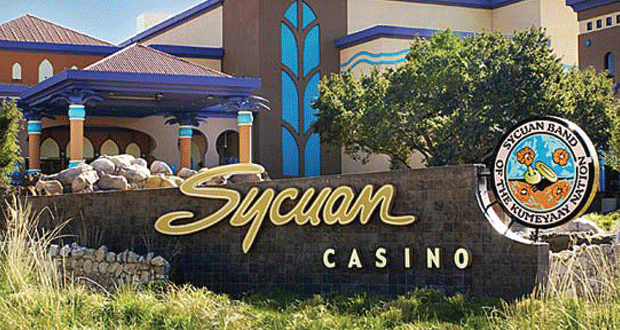 Sycuan Casino in San Diego, Calif., announced a deal today with OfferCraft, a company that blends software and science to make incentives more fun, and thus more effective. The two groups reported a very positive initial reaction from guests, who have enjoyed the chance to win rewards in exciting new ways at home, at events, online, or at the property.

“Providing an interactive way for guests to earn incentives outside the casino walls is new to the gaming market in San Diego,” said Dan Morales, director of marketing for Sycuan Casino. “We’re always happy to pave the path in terms of enhanced guest service technology. We look forward to utilizing OfferCraft’s software to further our position as San Diego’s best rewards club.”

OfferCraft uses a proprietary mix of gamification and next-generation rewards to make day-to-day business interactions more fun. Sycuan’s first email campaign invited guests to play an interactive game with FREEplay prizes worth up to $500 dollars. The game was played by 42.3 percent of the guests with a redemption rate of over 50 percent.

“The Sycuan team knocked it out of the park with their baseball and VIP campaigns,” said Aron Ezra, CEO of OfferCraft. “And that was just our first effort. This is an innovative team who genuinely cares about their guests and wants to reward them in the most fun way possible.”

Other campaigns that Sycuan plans to introduce in coming months include both games of skill and games of chance to introduce the Sycuan experience to a broader audience, and a social media campaign to reward existing fans.

Hotel GM Offers a Beer To Build Bonds With Guests

Three Tips for Keeping Up With Guest Feedback

Back To Basics: Elevating the Guest Experience Starts With Mastering the Essentials