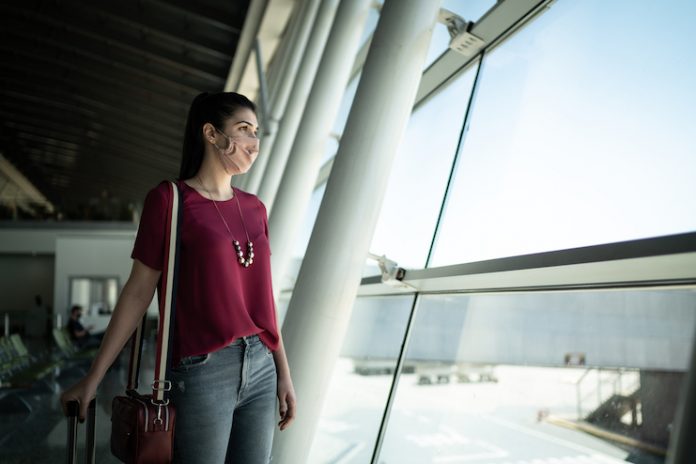 During the summit, Staley reviewed results from a recent Harris Poll requested by the Let’s Go There coalition of more than 75 partnering businesses, including the U.S. Travel Association and BWH Hotel Group. Of the U.S. adults surveyed, 77 percent are planning to take a trip this summer. In contrast, Staley noted, a Harris Poll in June 2020 found that just 29 percent were planning summer leisure travel. In addition, 36 percent of those surveyed most recently already have their 2021 summer trip planned and 30 percent have already booked. Of those who have planned or booked travel, more than half reported that this will be their first time traveling since the start of the pandemic. The top reasons for traveling this summer are reconnecting with friends and family (19 percent) and rest and relaxation (18 percent), Staley shared.

“It’s clear that America is back to a ready-to-travel state-of-mind,” Staley said. “Now with vaccination rates rising, infection rates falling, and restrictions easing nationwide, leisure travel is poised for a summer comeback.”

The latest data from AAA backs this up. During Memorial Day weekend—the official start of the summer travel season—more than 37 million U.S. travelers are expected to venture 50 miles or more from home. That’s an increase of 60 percent from last year when 23 million traveled—the lowest on record since AAA began recording in 2000—and just 6 million below 2019 levels. “That’s a staggering number we’ve been able to recoup,” Twidale noted.

Boyce said data from Google supports this as well; the number of consumers ready to travel has reached 60 percent—the highest level since the pandemic started. “Consumers still want to travel and, if anything, more so now than ever before,” Boyce said. “The pandemic has changed things, but not our desire to travel. We see in research and surveys once the pandemic is over, consumers will prioritize travel over other purchases such as clothes, concerts, or cars.”

Boyce shared survey data from Google that found July was the most common month during which consumers wanted to travel, although months between May and September also scored high. Looking at search queries and consumer interest, Boyce said that certain travel products and destinations—like flights to Vegas and Miami hotels—have seen demand triple. “This shows the potential for pent-up demand and what the magnitude could look like.”

The data also provides insights into booking windows, which Boyce said have declined as people book closer to the date of travel, although he noted that travelers are spending more time researching destinations and how to stay safe. Twidale noted that advanced booking windows are starting to widen as travelers look to book early and lock in rates.

Twidale shared the top destinations for travel, according to AAA data, which include markets that have fewer restrictions and warmer destinations, including Las Vegas, Orlando, Denver, Nashville, Hawaii, and Myrtle Beach, S.C., as well as Mexico and the Caribbean.

Dowling noted that secondary and tertiary markets have taken off during the pandemic. “I think there’s some permanent influence to that because people rediscovered places that they may have visited at some place in their life and they wanted to be in areas that were more natural and also take advantage of the outdoors,” she explained.

Last year, road trips gained in popularity as people opted for more local getaways and their own personal transportation. During the Memorial Day weekend at least, that trend is expected to continue, according to AAA data. Twidale cited that 9 in 10 of those traveling over the holiday are planning a road trip, and auto travel is expected to increase 52 percent from 2020. While road trips will reign, air travel is picking up significantly as well, she added. “After a historically low year of air travel in 2020, this season we’re going to see about 2.5 million Americans boarding airplanes, so that’s six times the number from last year,” Twidale said.

Google searches for the term “staycations” picked up early in the pandemic and persisted, but notable in August, searches for “workcations” began to rise, Boyce noted. “Business and leisure are becoming more closely connected as many business trips incorporate a leisure component,” Boyce said. “While many are still working from home, they are also working when away.”

Panelists discussed the variations in travelers’ mindsets. Dowling broke down travelers into three segmentations: those ready to go, those raring to go, and those who are reticent. BWH Hotel Group has just launched marketing campaigns that acknowledge traveler mindset. “Customers expect empathy and heart as we come out of the pandemic. It’s been one of what we consider the permanent change that people are looking for,” Dowling explained.