Phillip Yi was appointed to a newly created position, vice president of digital commerce and corporate strategy, by Omni Hotels and Resorts. He will work with senior leadership to improve everyday business, is responsible for digital marketing, and will work on the company’s website.

Here’s a look at other notable comings and goings that took place or were announced this week.

Four Seasons Hotels and Resorts announced that its president and CEO, J. Allen Smith, will be leaving his position at the end of 2018 upon the completion of his five-year contract with the company. Smith, who was appointed president and CEO in 2013, will continue to lead Four Seasons until the board of directors completes its search for a successor.

The Illinois Hotel & Lodging Association (IHLA) has announced that President and CEO Marc Gordon will retire at the end of 2018. He spent 21 years as CEO and has more than 44 years of experience in the hospitality industry. Gordon currently oversees staff in Chicago and Springfield working to serve the Association’s members and constituencies.

Aparium Hotel Group named Emily Cornelious director of sales & marketing at the St. Jane Chicago. She has a decade of sales and hospitality experience and previously held leading sales positions at The Ritz-Carlton Hotel Company, The Morgans Hotel Group, and The Peninsula Hotels. Cornelious will be responsible for all direct sales and marketing initiatives for St. Jane Chicago and for coordinating department activities related to booked business.

Diego Fabian Heredia brings nearly 30 years of experience with him as he returns to Viceroy L’Ermitage Beverly Hills as the general manager. He rejoins Viceroy Hotel Group after his position at L’Horizon Resort and Spa in Palm Springs, California.

Kimpton Solamar Hotel has appointed Devin Mahoney general manager. He will be responsible for day-to-day hotel operations, guest relations, and business development for the San Diego boutique hotel. He comes from the Kimpton Amara Resort and Spa in Phoenix, where he was general manager for almost two years.

Stephen Borecki was named general manager of the Fairfield Inn & Suites New Orleans Downtown French Quarter Area by New Castle Hotels & Resorts. He comes to the job from JenCare Senior Medial Centers, where he applied his hotelier experience and doubled the patient census.

Sonesta Gwinnett Place Atlanta appointed Andrea Montgomery as sales manager to its sales team. Montgomery, who has held positions at the Marriot Hotel & Suites, Embassy Suites, and Twelve Hotels, will work with the sales team to facilitate business through leads, events, and trade shows. 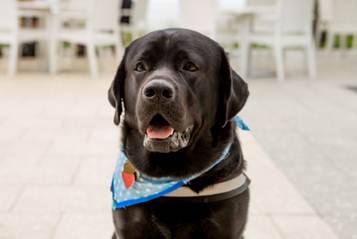 Hays has been brought on at the Boca Raton Resort & Club, A Waldorf Astoria Resort, as canine director. Hays’ role is related to a new program for pets called Paws in Paradise. He will assist in providing guests with first class luxury service while traveling with their pets. He is known for being a very good boy.