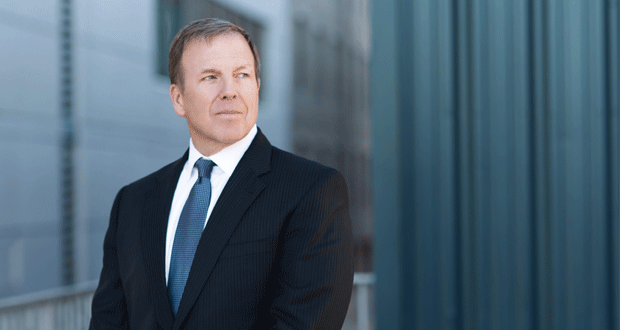 B. F. Saul Company Hospitality Group President and 2017 American Hotel & Lodging Association Chair of the Board Mark Carrier has never been afraid of hard work. Growing up in a family of eight children, he knew, even when he was very young, that if he wanted something he would have to work for it. “If you wanted new sneakers, you better have a job,” he says. “I had a paper route at 9 years old and started in a restaurant at 13.”

Carrier’s first job in hospitality was as a dishwasher at the Old Yarmouth Inn in Yarmouthport on Cape Cod, Mass. It was also here that he got his first taste of the upward momentum of the hospitality industry. “The restaurant had a progressive owner who really championed people learning and moving up the ranks, as many in our business do,” he says. Carrier was a good dishwasher, and before long he was working in the pantry, then as prep cook, then as a full-fledged line cook.

Carrier really enjoyed learning culinary skills at the restaurant, as well as the comradery of the kitchen. By the age of 16, he was considering becoming a chef and restaurateur. His parents, however, pushed him to think about a four-year degree as the next stage of his development. “They were well aware of Cornell’s Hotel School and they encouraged me to look into it. After I did, it was the only school I applied to.” Carrier was accepted to the school under early admissions, and it was here that he gained a much broader perspective on the hospitality industry. It also had a profound impact on his personal life. Two days into his freshman year, Carrier met his future-wife, Cheryl, on campus. And, in the years since, their son Matthew has also become a Cornell Hotelie.

Just out of school, Carrier was hired as a management trainee at B.F. Saul Company Hospitality Group—the Washington, D.C.-based hotel subsidiary of a private real estate and banking concern—where, just like at the Old Yarmouth Inn, he quickly began climbing the ranks, becoming the senior executive of the hotel company in 1996. This also is where Carrier bucked a huge hospitality industry trend—he is still with the B.F. Saul organization today, more than 30 years after joining the company.

Carrier knows that sticking with the same company throughout his entire career is almost unheard of in the hotel industry, but he’s never been much concerned about it. “When you find yourself working for an organization with strong resources and leadership that has extremely strong values that line up with your own, you have found a professional home,” he says. “This path worked well for me but I admire those who change roles to learn and grow as well—this industry allows many to experience that.” But 30 years doesn’t seem like a long time to the B. F. Saul Company. Founded in 1892 and led by its chairman and CEO, B. F. Saul II, it has 124 years of history and the organization has thrived in many economic circumstances. The company’s hospitality group has a diverse portfolio that includes Hilton, Marriott, IHG, and Best Western franchise relationships. “Right now we’re in the process of several brand conversions that are repositioning assets for the future. Our focus is always on executing for the long term,” Carrier describes.

He adds, “Our management philosophy in our hotels is known as ‘One Team!’ and we work to emphasize critical values and actions in support of our guests, team members, and communities. These values include success, respect, collaboration, communication, encouragement, and change.”

The B. F. Saul Hospitality Group is also in the process of preparing for president-elect Donald Trump’s inauguration on Jan. 20. “As a Washington regional business, our properties have been through a number of inaugurations over the years, so we do have a game plan in place that includes everything from marketing to the inbound travelers to booking groups,” explains Carrier, who adds that the lead time surrounding inaugurations allows their properties to prepare for the events quite thoroughly. “This year has been very exciting as the national results were surprising to many and for some, travel plans have changed.” 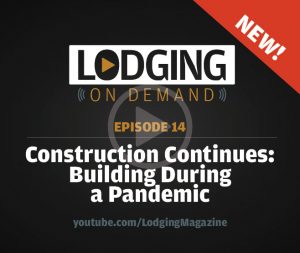