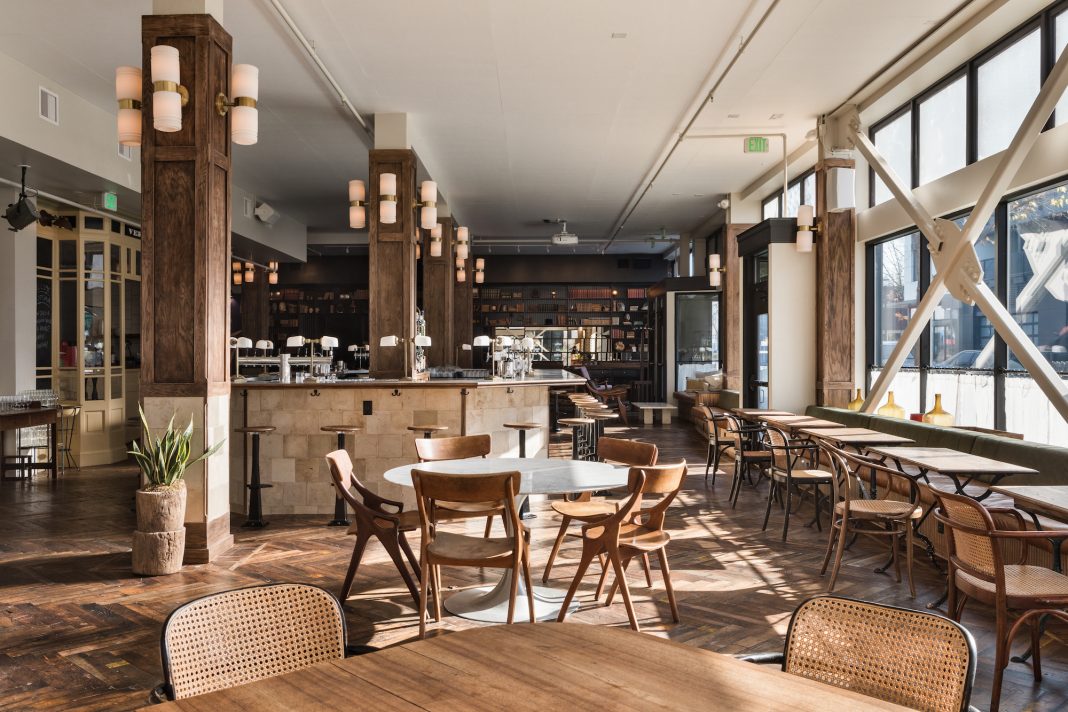 A new hotel by KEX Iceland, ChefStable, and Greenlight Development, KEX Portland is located in the city’s Central Eastside neighborhood. The hotel sleeps 152 guests in all, with 14 private and 15 shared rooms available. Accommodations emphasize comfort and functionality, catering to families, groups, and solo travelers alike.

“We are a concept born in Iceland, but we are very much a local hotel,” said KEX Founder Kristinn (Kiddi) Vilbergsson, who opened the first KEX in an abandoned Reykjavík biscuit factory in 2012. “We’ve created a space and an experience in Portland where locals feel like travelers and travelers feel like locals.”

KEX Portland is housed in a fully restored 1912 building on the National Register of Historic Places. The décor marries the old and the new. The interior is designed by Hálfdan (Dáni) Pedersen, the designer of the hotel’s first location in Iceland. Pedersen first collected elements for KEX Portland during a buying trip in Europe. There, he sourced furniture, artwork, building materials, and unique objects from the 1920s to the 1970s from the Netherlands, France, Belgium, Egypt, Iceland, and beyond, later restoring and assembling them on-site for KEX Hotel. 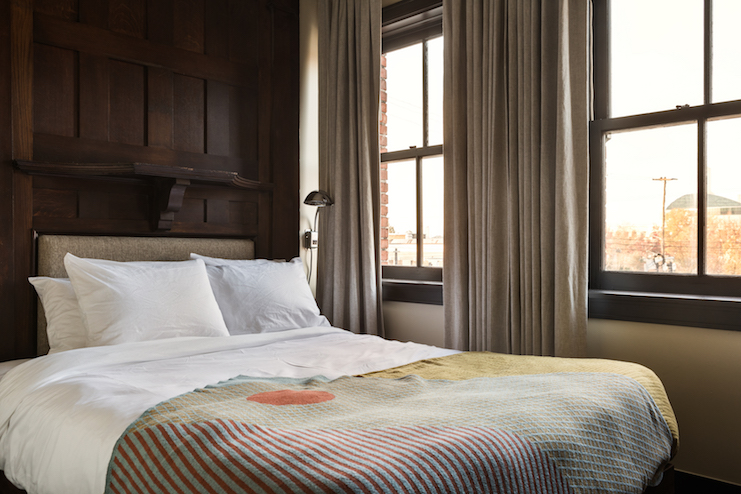 “Regardless of style and era, this is about giving new life to objects that were built to last,” said Pedersen. “We’ve incorporated them throughout a space that looks and feels timeless, that is warm and inviting.”

Rooms are designed with a palette of muted pastels and earth tones, and appointed with contemporary furnishings and reclaimed touches throughout. Private rooms include queen- and king-sized beds with headboards made from refurbished fireplace mantels. In the hotel’s shared rooms, KEX-designed bunk beds are outfitted with privacy curtains, reading lights, and custom canvas sleeves for laptops, phones, and other personal items. The rooms also have organic mattresses, sheets, and soaps.

KEX Portland’s more than 3,000-square-feet of open-layout, ground-floor space houses Vivian, the hotel’s restaurant and oval-shaped bar with 360-degree seating, as well as a lounge doubling as a flexible performance space and a secondary dining area for breakfast service. An outdoor courtyard lies on the north side of the building for seating in warmer months. The ground floor seats 110 in all, with 64 seats in the dining space, 23 at the bar, and 23 in the lounge.

Named for the building’s past life as the Vivian Apartments, Vivian has a Nordic-meets-Northwest menu dictated by local ingredients at the peak of their seasons. Lunch and dinner are served in the dining space, bordered by an L-shaped soft leather banquette and furnished with a mix of refurbished chairs and tables. 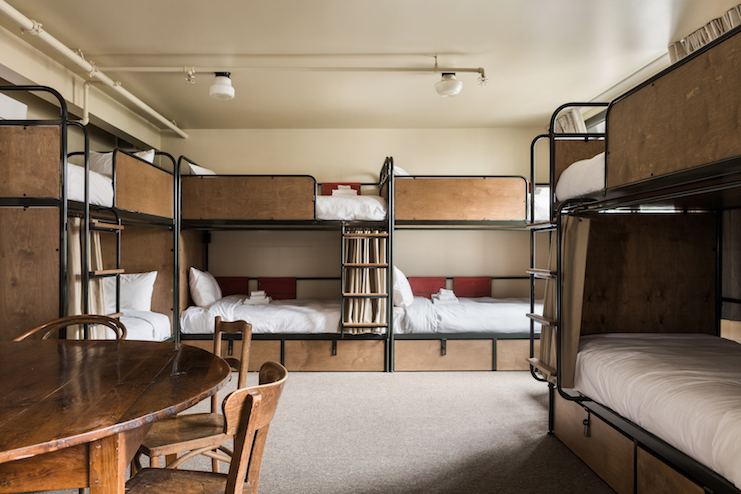 The hotel’s beverage program by KEX General Manager and Partner Sean O’Connor, an alum of Le Pigeon, features a rotating selection of beers and wines, including a kegged wine program. Local winemakers from Ovum, Cameron, and St. Reginald Parish, among others, kegged special wines for KEX, which are available by the glass, half-bottle, and full bottle. Beer offerings include KEX-brewed beers like Kølski Kölsch and Thunder Ale, as well as limited, collaborative brews, such as Steroids to Heaven, made with Copenhagen’s To Øl, and Viking Juice Pale Ale, made with Portland’s Gigantic Brewery. KEX Bar Manager Lydia McLuen, formerly of Bar Casa Vale, Palomar, and Tope at The Hoxton, complements the restaurant’s seasonal commitment, with a list of cocktails.

On the lower level, an 850-square-foot meeting and event space is available for public and private events. Borrowing its name from the first location in Iceland, Gym & Tonic provides a flexible space for dinners, community gatherings, corporate events, and more. The hotel opens with a public exhibit in Gym & Tonic from French artist Thomas Le Dluz and a three-day live-streaming of Iceland Airwaves, the country’s famed music festival, on KEX’s ground floor.

Additional amenities for KEX Hotel guests include a 12-person sauna with adjoining shower and changing room, and a communal kitchen. The hotel offers complimentary high-speed wireless internet access and a 24-hour front desk team. A parking lot for guest vehicles is also available.

Steel and Smoke: The Guestrooms in Canopy Memphis, Tennessee