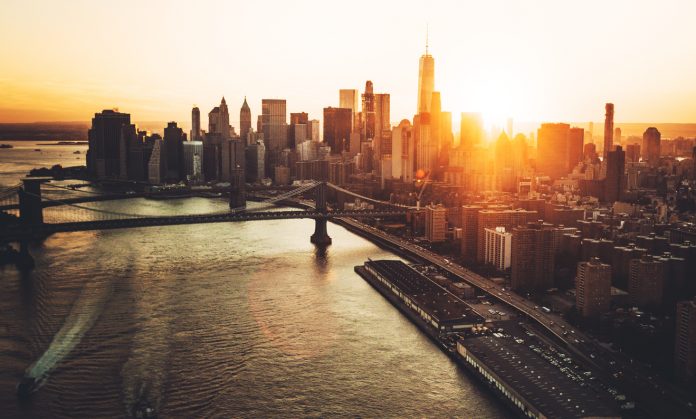 The three market tracts within the region with the largest hotel construction pipelines are: Midtown South, the area between 24th and 36th Streets, with 33 projects/7,620 rooms; the greater New York City Area, which includes Brooklyn, the Bronx, and Staten Island, with 28 projects/2,436 rooms; and the East River area, which includes Queens and Brooklyn West, with 27 projects/4,499 rooms. These three market tracts combined account for 55 percent of the rooms in New York City’s total construction pipeline.

The market tracts in New York City with the most projects presently under construction are Midtown South with 25 projects/6,012; the East River area with 18 projects/2,925 rooms; and JFK/Jamaica—which includes the area of Queens from the Grand Central Parkway south, the JFK Airport area, and Jamaica—with 15 projects/2,055 rooms.

Steel and Smoke: The Guestrooms in Canopy Memphis, Tennessee