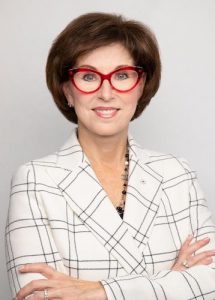 LOS ANGELES — Kathleen “Katie” Taylor, a long-time executive with Toronto-based Four Seasons Hotels & Resorts, will be honored with the prestigious Lifetime Achievement Award during the 20th annual Americas Lodging Investment Summit (ALIS) on July 26-28, 2021, in Los Angeles, Calif. This prominent award is presented to an individual who has made significant contributions to the hospitality industry through their actions, deeds, and great accomplishments.

Taylor currently serves as chair of the board of Royal Bank of Canada—the first woman to chair the board of a major Canadian bank when she was appointed in 2014. In addition, she serves on the boards of Air Canada, The Adecco Group, CPP Investment Board, SickKids Foundation, Hospital for Sick Children, McGill University’s Principal’s International Advisory Board, and the Dean’s Advisory Council of the Schulich School of Business at York University. She is also CEO-in-Residence at the School of Business at Trent University.

Taylor holds an MBA from the Schulich School of Business, a law degree from Osgoode Hall Law School, and a Bachelor of Arts (Honours) from the University of Toronto. She is also a member of the Order of Canada.

“Katie Taylor was instrumental in pushing forward Isadore Sharp’s vision of Four Seasons becoming a complete global brand as she blended her legal proficiency with the knowledge gained from working with Mr. Sharp, one of the hotel industry’s iconic pioneers,” said Jeff Higley, president of The BHN Group, which operates ALIS. “She utilized this expertise to break the glass ceiling and become the leader of a major luxury hotel brand in an industry that has had few women CEOs. Much of the company’s long-term success has benefitted from Katie’s influence, and we believe she inspires all leaders to realize acquiring multiple skillsets, putting in hard work, and possessing a hospitable mindset can result in a successful, illustrious, and rewarding career path in the hotel industry.”

Registration for ALIS is open. California recently announced its plans to be fully reopened by June 15, 2021, as current trends continue, and an in-person conference at the JW Marriott/Ritz-Carlton Los Angeles L.A. LIVE is being planned.

Produced by Northstar Travel Group, in association with the American Hotel & Lodging Association (AHLA) and The BHN Group, the two-and-a-half-day ALIS event features an extensive array of seminars and panels hosted by leading experts and investors discussing important trends and identifying new opportunities. The conference attracts the lodging industry’s leading hotel executives, investors, lenders, developers, and professional advisory community. This year’s ALIS was moved to July 26-28, 2021, in response to the COVID-19 pandemic. The 2022 conference is expected to revert to its usual January timeframe as it is scheduled for January 24-26, 2022, at the JW Marriott/Ritz-Carlton Los Angeles L.A. LIVE venues.