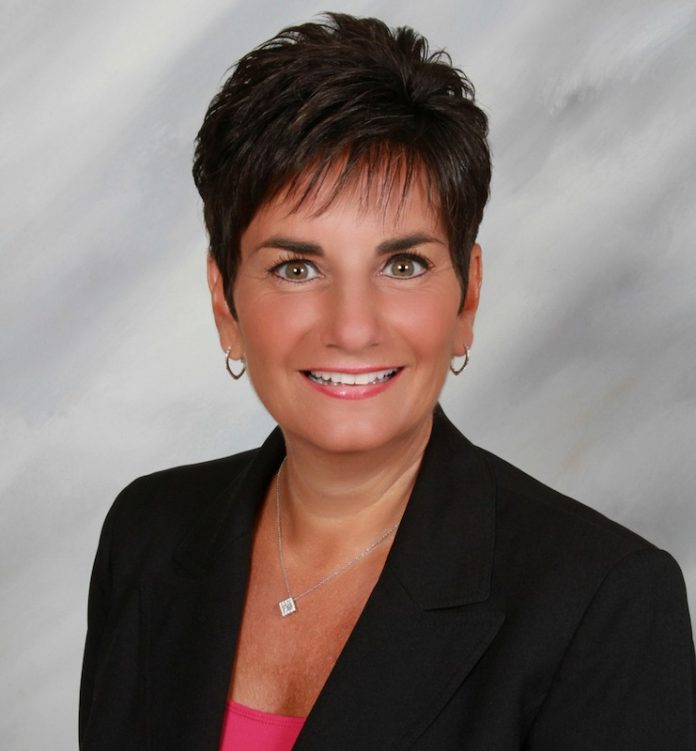 When Karen DiFulgo first took on a career in human resources management, it was called “personnel administration.” Now a senior vice president and chief people officer at Benchmark Hospitality, DiFulgo is on the front lines of the effort attract and retain the best and brightest in a tight labor market. As she told LODGING, information and networking events—like the American Hotel and Lodging Association (AHLA)’s ForWard conference focused on women advancing hospitality—offer her the chance not only to “give back” to the industry and raise up its women, but to also identify and meet the kind of promising candidates she’s always seeking.

DiFulgo got her foot in the door to the hospitality industry at age 16, working as a PBX operator on weekends at the Kings Mill Resort in Williamsburg, Virginia. “I started out actually pushing the buttons to connect people to their rooms; then through high school and college, I worked in different jobs throughout the hotels in various places,” she describes. After finding her niche during a management program rotation while still in college, she switched her major to the then emerging field of human resource management.

Although she began her post-grad career outside the hospitality industry, DiFulgo says she missed “the energy and the essence of hospitality,” so didn’t hesitate to accept the position Gaylord Hotels offered. “It let me combine my two passions—hospitality and human resources—with an incredible company that led me here to Benchmark Hospitality.”

She says she first become involved with AHLA as a Gaylord representative on the association’s Women in Lodging (WIL) executive board. There, she says, she formed valuable partnerships and friendships. “On the WIL executive board, I met some of the most astonishing women, people who have paved the way for industry leaders.”

DiFulgo, who is on ForWard’s planning committee and is now head chair of WIL, notes that ForWard did not happen overnight. “Until it came together last year, it had long been our dream to have an event like ForWard to get women in lodging together to learn and connect.”

The years of planning led to ForWard’s inaugural event last November that served a broad range of women in the industry. “The networking opportunities were amazing. There were hotel owners and women who moved up through the ranks in real estate development and senior-level, c-suite individuals, but there were also entry-level managers who were just there to learn from individuals who have paved the path.”

DiFulgo says, as an HR professional, it also provided the opportunity to see some of the “amazing talent out there,” including a young woman she ultimately hired. “We didn’t even know we needed somebody like her, but there was something about her that made me think, ‘this is a great talent and we need to capture it.'”

DiFulgo says ForWard’s specific focus on the development of women leaders addresses a chronic problem in the industry. “Although women are equally represented in hospitality schools and entry-level jobs, they face roadblocks that hinder their advancement. We need to identify and address some of the things that are preventing women from moving forward in this industry—including finding work-life balance and learning the art of creating and navigating a succession plan.”

DiFulgo says events like ForWard not only lift women up and give them the confidence they need to succeed, but they also educate them on the actual steps they need to take. On this point, she says she is especially looking forward to the keynote speakers at this year’s ForWard conference in Chicago from May 29-30, including Katie Kay, lead anchor of BBC World News America; Julie Rice, co-founder of SoulCycle and WeWork partner; and Marilyn Carlson Nelson, former chair and CEO of Carlson.

“Just to hear these three women talking about some of the challenges they’ve faced will be illuminating, but they can also provide guideposts for the younger women to grow their careers, including active strategies to advance and develop,” DiFulgo says. This, she adds, includes seeking board-level opportunities, but also broadening their mindset and opening their eyes to opportunities they may not be tuned into, such as becoming owners or general managers.

DiFulgo says the networking reception at ForWard demonstrates the value of actively affiliating with industry peers, but suggests women find such opportunities closer to home, too. “Continuing that networking in your own geographic market is key, and it’s also fun.”

Just as ForWard was a long time coming, so, reminds DiFulgo, is the process to realize its goals. “There are barriers and beliefs we need to break down, including that women belong in sales and men in operations, and we have it do it one step at a time.” This effort to move women forward, she adds, will need the support of senior executive men. “More men need to be present to say, ‘yes, this is the right thing.’”

DiFulgo sees events like ForWard as a boon to all in the industry. “Even if you take the women piece out of it, it’s important to disconnect from our 24/7 business and make time to focus on your personal and professional development.”