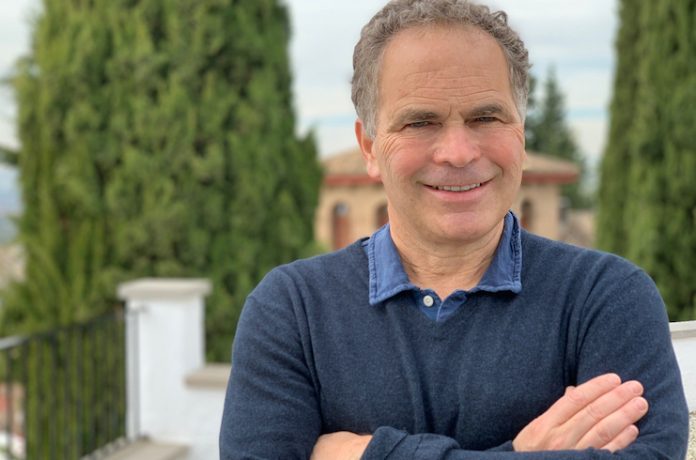 According to Bruce Redman Becker of Becker + Becker, who owns and was the lead architect developer for the country’s first Passive House-certified hotel, Hotel Marcel New Haven, Tapestry Collection by Hilton, in New Haven, Conn., being both architect and developer helped the process proceed more smoothly than it might have otherwise. Becker describes the evolution of this eco-friendly property, which began life in 1970 as the Armstrong Rubber Company headquarters and is now listed on the State and National Register of Historic Places. Slated to open in June, the hotel is anticipated to debut as the first net-zero hotel in the United States, operating independent of fossil fuels by utilizing renewable solar power sources on-site to generate the electricity needed for its common areas, restaurant, laundry, meeting rooms, and 165 guestrooms and suites, resulting in zero carbon emissions.

Reflecting on the evolution of the property originally designed by the then-preeminent designer/architect Marcel Breuer and purchased from IKEA at the end of 2019, Becker says Hotel Marcel has been about five years in the making. That includes the time he spent pondering the purchase, negotiating the sale, completing the planning and financing, and then implementing it all.

He says he was able to take the time he needed mainly because he was the developer as well as the architect. “I spent a full year thinking of all the details of the project before I even purchased the property. As the owner, I had the freedom to do something new without the need to build consensus, which can be difficult when the clock is ticking and there is so much concern about risk.” Still, he admits, he was hedging his bets. “I wanted to be sure even before I bought the building that I could execute my vision, because the last thing I wanted was to be holding onto a vacant building for 20 years.”

Becker believes it would have been far riskier to proceed without taking the time to think ahead, to fully explore feasibility, costs, and systems, develop a relationship with Hilton, and find an operator. Because the proven systems he was planning to implement eliminated utility costs, he says, there was “more wiggle room” with the numbers. “You can survive a slightly lower occupancy rate or room rate if you don’t have to worry about paying a utility bill.” He knew, too, that, as with projects he’d handled previously, many of the investments they’d need to make would pretty much pay for themselves through grants or tax credits and that they’d be able to get a slightly larger mortgage.

Once Becker himself decided on the purchase, he faced what he called “the most critical barrier to getting started”—convincing IKEA to sell him the property. “They had a lot of suitors, but because they have an international sustainability commitment, the concept we proposed really resonated with them.” He says IKEA has also proven to be a compatible partner in other ways. “Our own philosophy dovetails nicely with their Bauhaus ideas, which is to have something that’s well designed and make it accessible to everyone. They have since become our go-to place for things like mirrors, countertops, and hangers.”

Becker says already having experience in building from a sustainability standpoint, he was less concerned about meeting criteria to become Passive House certified than obtaining financing, which initially hinged mainly on qualifying for historic tax credits, although it turned out they were also able to secure a $2 million Commercial Property-Assessed Clean Energy (C-PACE) loan. There was also the challenge of adapting the property to meet brand standards.

Becker maintains, “You have to have a certain amount of commitment to take on the tasks involved in obtaining Passive House certification,” but adds that it’s relatively easy to manage that part of the equation using a checklist spelling out how to source certain materials and design systems efficiently. “It’s basically making sure to get high-performance windows, high-performance insulation systems, and making sure that the building envelope is sealed so that it doesn’t leak.” He says their all-electric systems—they use variable refrigeration flow (VRF) heat pumps—actually cost less than conventional systems.

The first step in qualifying for historic tax credits, says Becker, involved putting the building on the National Register, something they’d done for several prior projects. After that, he says, they went through a process of identifying everything that was historically significant, and then developed a plan to preserve and enhance it in ways that respected the architectural legacy of the building. This, he says, boiled down to “keeping the good stuff” made of natural, nonporous materials—such as the sweeping metal staircase modeled after the one at the original Whitney Museum and the granite features found in the lobby and surrounding the elevator doors—and abating the generic tenant details. The net result he describes: “The things that we preserved were the features that were inherent to the design, thus meeting preservation requirements, giving us a free hand to divide up the floors into really nicely designed and proportioned hotel rooms compatible with the brand standards.”

Calling Hotel Marcel “my pandemic project,” Becker describes some of the ways COVID-19 impacted the undertaking. He says they were fortunate in that most of the subcontracts were already in place before the pandemic hit, and by obtaining case goods locally from The New Traditionalists, an American custom furniture manufacturer, they were able to evade some supply chain problems related to international cargo systems. While he notes costs ran about 20 percent higher than anticipated, their lender, Bank of America, helped them manage those increases. Becker estimates that COVID-related delays tacked on an additional six months to completion, but that might not have been a bad thing. As he explains, “We expect to open now during graduation and reunion season. Already the phones are ringing off the hook.”

Upshot Becker realizes that his five-year timeline could be a deterrent to those who might like to replicate a project like this, but reminds fellow owners and developers that much of the work he’s done—including providing proof of concept—will ease the path for others; and he hopes there will be many others. “There’s no reason that most buildings can’t be all-electric,” he says. “Although we’re getting a lot of attention for being designed to be net zero—i.e., producing all the energy we need—the most significant thing we’re likely to do is lead the way in designing buildings to be all-electric, as the power grid in the United States will ultimately become free of fossil-fuel sourced energy and provide 100 percent renewable power.”

Based on his experience with Hotel Marcel, Bruce Redman Becker of Becker + Becker, the property’s owner and lead architect developer, urges others to get onboard with all-electric building, which he says is the way of the future. He acknowledges that it takes more time to think through and do things differently, and can also be “scary”—especially for those who already have a successful hotel. “Developing and operating a hotel is so complex, there’s a tendency to use proven formulas travelers are known to like and expect.” Yet, he says, change is coming, and it will likely align with what travelers demand. “All-electric hotels will probably support higher occupancy rates because a growing number of travelers prefer hotels that are environmentally responsible and friendly.” His advice to others is to follow a roadmap similar to the one that took him five years to develop and see through—a plan financed by C-PACE programs and tax credits. He also suggests finding the right hotel manager and the right brand. Most of all, he says, he hopes that others will follow his example for the sake of the planet. “I can only do so many; I can’t change the world with just this one.”

Financing in an ‘Unfinanceable World’