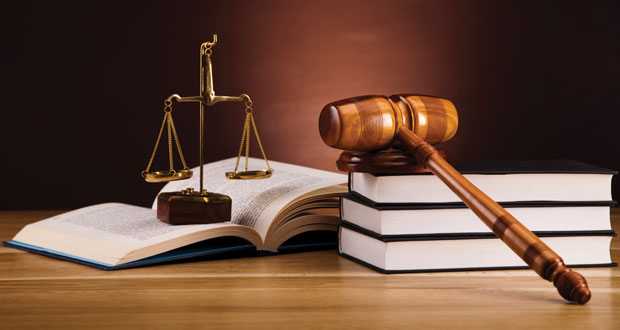 Liability insurance policies typically have an exclusion barring coverage for claims brought by the insured’s own employees. Such employer’s liability exclusions do not apply, however, when claims are brought against one insured by another insured’s employees, which occurs frequently because one insurance policy often provides coverage for various different companies. In an important decision, the Second Circuit Court of Appeals recently ruled that, under New York law, an employer’s liability exclusion does not preclude coverage for claims brought by an employee of one insured against another insured. The Second Circuit’s ruling is significant for companies in the hospitality industry, who are usually one of multiple insureds under a single policy and are therefore susceptible to being sued by another insured’s employees. The decision reinforces that a plain reading of the policy’s language controls and any ambiguity in the policy’s terms must be construed in favor of the insured.

Background
Hastings Development, LLC is a subsidiary of Universal Photonics, Inc. (“UPI”). An employee of UPI, Aaron Cohen, sued Hastings and others alleging that he was injured while operating Hastings’ machine in Hastings’ building (the “underlying action”).

Evanston Insurance Company had issued a commercial general liability policy to Hastings and UPI, among others. Pursuant to the policy, Hastings asked Evanston to defend and indemnify Hastings with respect to the underlying action. Evanston denied coverage based on the employer’s liability exclusion, which stated, “[t]his insurance does not apply to any claim…arising out of bodily injury to…an employee of the Name Insured….” (emphasis added). Evanston argued that the exclusion applied because Cohen was an employee of a Named Insured, UPI. Hastings disagreed filed suit against Evanston seeking a declaration that Evanston was obligated to defend and indemnify Hastings in the underlying action.

The trial court ruled in favor of the policyholder and found that the employer’s liability exclusion did not bar coverage and that Evanston owed a duty to indemnify Hastings for the underlying action. Evanston appealed.

The Second Circuit explained that if a provision in an insurance contract is ambiguous, courts may consider extrinsic evidence to ascertain the parties’ intent. The court held contractual language as ambiguous if it is capable of more than one meaning when viewed objectively by a reasonably intelligent person who has examined the context of the entire integrated agreement. If the extrinsic evidence fails to establish the parties’ intent, courts should apply the rule of contra proferentem, which requires any ambiguity to be resolved in favor of the insured. The Second Circuit emphasized that the rule of contra proferentem “gains added force” when ambiguities are found in an exclusionary clause.

The Second Circuit found that both Evanston’s and Hastings’ reading of the employer’s liability exclusion were reasonable, and therefore, the exclusion was ambiguous. In considering extrinsic evidence, Hastings submitted a declaration by UPI’s President stating that Cohen was an employee of UPI, along with copies of the underlying complaint, Hastings’ answer to the underlying complaint, and letters exchanged between the parties during the relevant timeframe; Evanston did not offer any extrinsic evidence but relied entirely on the policy’s language. The court found that the extrinsic evidence failed to provide any additional insight as to the parties’ intent. As a result, the Second Circuit applied contra profentum and resolved the ambiguity in favor of Hastings, holding that the employer’s liability exclusion did not bar coverage.

Lesson For Hospitality Industry Insureds
The Second Circuit’s reasoning in Hastings demonstrates why specific wording and nuances, even in something as common as an employer’s liability exclusion, can lead to very different outcomes. The decision is also a good example of why unclear policy language will likely result in a finding of coverage for the insured.

This case serves as a good reminder that companies in the hospitality industry need to pay close attention to the language in their policies to ensure that they will be covered if another insured’s employees bring a lawsuit against them. For example, in Hastings, if the policy language stated that there was no coverage for bodily injury arising from an “employee of any Named Insured”, then the outcome of the case may have been different. See, e.g., Endurance Am. Specialty Ins. Co. v. Century Sur. Co., 46 F. Supp. 3d 398 (S.D.N.Y. 2014) (denying coverage because employer’s liability exclusion barred coverage for claims arising out of bodily injury to an employee of “any” Named Insured). Knowledgeable insurance coverage counsel can work with companies to ensure that the policy language being agreed to is in line with expectations of coverage.

About the Authors
Syed Ahmad is a partner, Sergio Oehninger is a counsel, and Brittany Davidson is an associate with Hunton & Williams LLP’s insurance coverage practice in Washington, D.C.