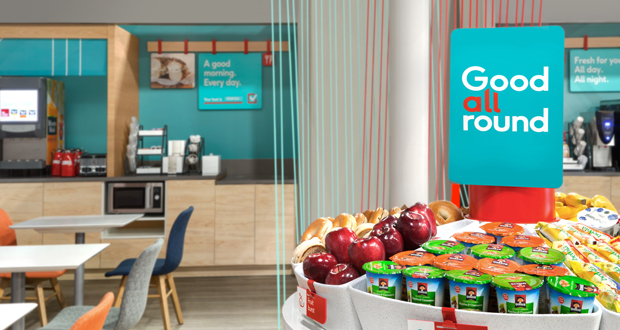 Since the brand’s launch, IHG has signed 130 franchise agreements for avid hotels across the U.S., Canada, and Mexico; opened the first avid hotel in the Quail Springs suburb of Oklahoma City in August, 199 days after groundbreaking; started construction on avid hotel Fort Wayne, Ind., avid hotel Oklahoma City—Airport, and avid hotel Tulsa, Okla., with avid hotel Monona, Wis., to follow. All four properties are expected to open by early 2020. The brand also anticipates another 10 avid hotels to break ground by the end of 2018.

Chris Drazba, vice president, North America mainstream brands and Mexico development, IHG, commented: “The number of avid hotel deals signed in the first year speaks to the confidence that owners have in IHG’s proven track record and ability to leverage its scale with a new brand designed to deliver true hospitality for guests and superior returns for owners. As a leader in the mainstream segment, there is strong interest from existing IHG owners, as well as new owners across the Americas.”

The next wave of avid hotels to break ground include:

avid hotel Fort Wayne–The 78-room, four-story hotel will be located at 1950 West Washington Rd., less than two miles from downtown Fort Wayne with access to I-69, and will be close to major employers in the area, including local schools, logistics companies, and manufacturing centers. The hotel will also be close to area attractions such as Parkview Field Ballpark, local museums, historical sites, restaurants, and shopping centers. In addition to the avid brand’s hallmarks, the property will have an indoor pool. Expected to open in 2019, the hotel is owned by Vidhi 2 LLC.

avid hotel Tulsa–The 95-room, four-story hotel will be located at 7983 S Mingo Rd., with convenient access to I-44, local businesses, and attractions. The hotel will be close to Tulsa Community College, Oral Roberts University, and the University of Tulsa and major employers in the area. Expected to open in 2019, the avid hotel Tulsa is also owned by Champion Hotels.

avid hotel Monona—The 98-room, five-story hotel will be located at 900 W Broadway in Monona, a suburb of Madison, with convenient access to the Highway 12 Beltline. The hotel will be close to the University of Madison and located within a mixed use development which will include retail, banking, restaurants, and offices. Expected to open in early 2020, the hotel is owned by Kinseth Hospitality Company.