Home Industry News Conferences and Events “I Don’t Believe in Paradigm Shifts”: Ian Schrager Checks In at the... 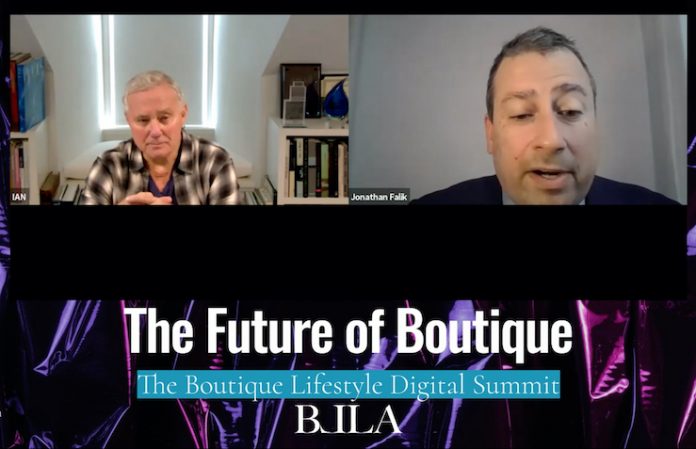 Boutique hotelier Ian Schrager—founder of Ian Schrager Company and the mind behind brands including EDITION Hotels, in partnership with Marriott, and PUBLIC—is “quite convinced” of the industry’s inevitable return to normalcy. “Not a new normal, but the same norm that we’ve always had. It’s just a question of when.”

During a keynote at the Boutique Lifestyle Digital Summit taking place from September 17-18, 2020, Schrager shared his perspective on the current environment, the future of the industry, and making a name for oneself in the hotel business. Jonathan Falik, CEO of JF Capital Advisors, moderated.

In March, Schrager’s PUBLIC hotel in New York City shut down amid the COVID-19 pandemic. Schrager said it was the first time in his career that he was forced to shut down a property. “It’s very dangerous—once you have a breathing, living, heart-beating business—to shut it down,” Schrager said. “It was a heartbreaker for me, but I had no choice, and we still haven’t reopened. I’m not really enthusiastic about opening until people feel safe traveling again, which is what it’s going to take.”

Despite the severity of the pandemic, Schrager is confident that travel will return eventually. “Change is the essence of the universe and all downcycles are different, but I’m quite convinced that they all wind up in the same place: A return to normalcy,” Schrager said. “There may be some adjustments that we have to make, but I don’t believe in paradigm shifts. I don’t think all the pundits really know what they’re talking about because there’s no precedent and there’s no frame of reference to use—it’s just all conjecture.”

When Falik asked about how the shift toward remote work amid the COVID-19 pandemic would impact the hotel industry, Schrager said that the introduction of fax machines, cell phones, and the internet also raised concerns over whether the new technology would spell an end to business travel or meetings and events. “I’ve heard it many times over the last 30-40 years that I’ve been in the business, and each advance does have an impact, but it’s not the death knell,” he said. “Things are going to be changing somewhat because of the new technology. We have to respond to that. But it’s not the end of group and business travel and will have little to no effect, I don’t think, on leisure travel.”

From Schrager’s perspective, the silver lining of how the pandemic has impacted the ways in which people travel and how the industry operates lies in the rapid adoption of technology like touchless check-in and check-out. People who were initially resistant to new ideas and technology will now be more receptive and open to these changes, he said.

He later added that technology is the new frontier for the industry. “Technology is making an impact on the lifestyle business in the same way that the entertainment and the design has in the past,” he said. But the technology must have “a reason for being,” he added, to either make a guest’s stay more enjoyable, easier, or cheaper. “If it doesn’t fit one of those criteria, there’s no reason for technology for technology’s sake.”

Schrager also shared his thoughts on the future of traditional hotel mainstays like room service and housekeeping, saying that changes to these amenities may have happened regardless of the pandemic as a result of the ways that hotels had already been blending with social clubs, residences, and workspaces. “The distinction between offices, work, play, sleeping, living, and visiting is all going to be blurring,” Schrager explained. “All enhancing each other and all being used together so that the sum of those individual businesses add up a total more than the sum of the individual parts.”

Falik asked Schrager if he had advice for up-and-coming hoteliers. “Don’t be afraid of failure. If you’re afraid of failure, paralysis sets in and you don’t try anything new,” Schrager said. He also warned against “doing what everybody else has done but in a different color.”

“Our industry, in particular, has reminded me of elephants grabbing the tail of the elephants in front of them and parading around the ring in a circle. Our business, like every other business, depends upon innovation,” Schrager shared.

Young professionals in the industry should also be relentless and learn all the rules and the reasons for the rules to be able to decide which to keep and which to break, Schrager said, adding, “You get your perfect education when you work for a big company and you learn the way they do things according to the textbook.”

“And then go into the lifestyle [business]. Have some fun, make some money, and do something really special.” Schrager added that an advantage independent hoteliers have is that they don’t need to run their businesses in the same way as large companies that have a responsibility to shareholders and, in many ways, can’t afford to fail. “That’s a benefit,” he said. “I never really wanted to be the biggest—I wanted to be the best.”

BLLA Announces its 2022 Board of Advisors

Laura Moskwa: The Challenges and Rewards of Innkeeping in a Topsy-Turvy Time