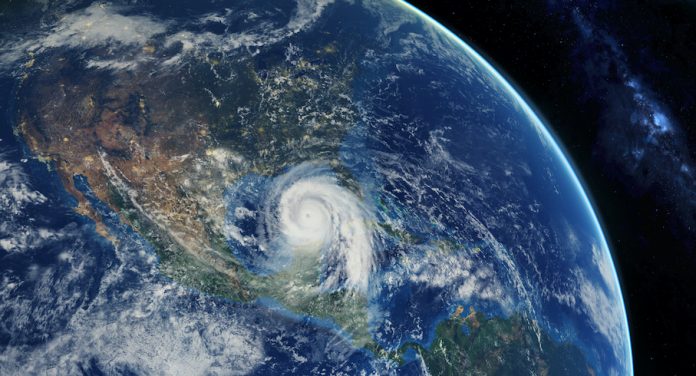 Many factors can influence the demand for hotel rooms, but weather-related events have the potential for a stronger impact than others. In particular, hurricanes are known for disrupting the hotel performance dynamics—but they do so in an unusual way. Because hurricanes are more predictable than other natural disasters, hotels—and guests—are able to prepare for the event and plan a response.

An interesting trend has been identified through analysis of hotel performance during various hurricanes that have hit the United States. Demand decreases significantly for the hotels located along the forecasted hurricane path, as evacuation efforts start taking place. In turn, the demand increases for nearby markets where evacuees and stranded travelers take shelter. A few days after the storm has moved away, hotels experience an increase in demand. This is likely due to the arrival of rescue and disaster recovery crews, displaced residents, etc.

Analysis of two of the most relevant hurricanes of the 2019 season, Hurricane Barry and Hurricane Dorian, help illustrate this trend.

Even though Hurricane Barry was a relatively short-lived hurricane, it still disrupted areas along its path, and hotels were no exception.

Among the states affected, Louisiana and Mississippi reported the strongest impact on hotel performance. Hotels in both states had sharp demand decreases along coastal areas as the hurricane approached. The most dramatic percent change was seen with the New Orleans market, which experienced a seven-day-average drop of 30.7 percent in demand, resulting in a 30 percent drop in RevPAR.

Meanwhile, there were demand increases throughout inland areas for both states—up to a seven-day-average increase of 10.5 percent year-over-year for Jackson, Miss., as Barry gained strength and approached the coast.

The trends mentioned above were more obvious with Hurricane Dorian, as the storm lasted longer and affected a larger area. Hotels in Florida reported strong decreases in demand as the hurricane gained strength and was forecasted to make its way towards the eastern part of the state; even some inland areas experienced significant drops in demand. Despite the uncertainty with the hurricane’s path, Labor Day weekend brought along an increase in demand for a few days. Florida’s sharp increase of 56 percent was inflated by Labor Day travelers and recovery performance from Tropical Storm Gordon, which briefly made landfall the previous year.

In turn, hotels located away from the coast had strong demand increases as people evacuated the affected areas. Georgia experienced some of the highest spikes in demand during this period. Demand also started picking up for hotels in coastal areas as rescue crews arrived to help with cleanup efforts and residents moved closer to home and work on repairs as needed.

Of course, there are many other hurricane-related factors that can impact demand growth, including the impact from previous hurricanes, destruction of infrastructure, the number of residents in need of accommodation due to damage to their homes, and more. For some markets, the impact from hurricanes lingers for several months after the storm has passed.

The Great COVID Do-Over? Looking for a Silver Lining in Dismal Group and Transient Demand Trends