Literally built into the side of a coastal cliff overlooking the Atlantic Ocean in Ogunquit, Maine, The Cliff House resort thrives from April to November. The 70-acre property showcases the area’s natural beauty and offers outdoor escapes for guests, so it wouldn’t be far-fetched to think that the property simply shuts down during the off-season. After all, Maine in the winter months isn’t the most hospitable environment for outdoor enthusiasts. However, for The Cliff House,  that is very much not  the case.

“Our resort is an escape,” Nancy White, The Cliff House’s general manager, says. “The whole idea is to be one with nature—there’s something so holistic and powerful about being close to the ocean. If you accept the cold, this area is very magical during the winter months.” 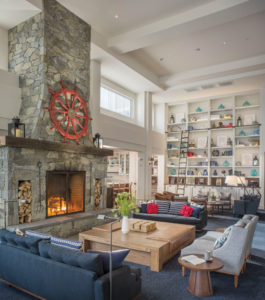 That said, The Cliff House team isn’t just relying on the wonders of nature to attract guests during the off-season. First, the property recently underwent a massive renovation that not only updated the hotel, but also made it more suited to the shoulder and offseasons. The Cliff House team is also actively developing programs that keep occupancy up throughout the year. These include special holiday events, value rates, group travel incentives, and special marketing programs conceived and developed to keep the property top-of-mind for travelers looking for an escape—even when temperatures drop.

The renovations were designed to make the property cozy and appealing during the colder months. The lobby offers clear views of the cliff and ocean from both the upper and lower levels, and includes comfortable seating and a grand, wood-burning fireplace. “It’s a little counter-intuitive,” Jim Merkel, founding partner and CEO of Rockbridge, the investment firm that purchased The Cliff House in 2015, says. “People don’t think about visiting Maine during the winter, but we really designed the lobby to be a place where guests can curl up with a blanket and watch the waves while sitting by the fire. It provides a lodge-like atmosphere for our guests.”

White adds that this lodge-like atmosphere provided inspiration for many of the programs the property offers during the winter. “A lot of people who visit ski lodges don’t ski,” she notes. “They stay inside, visit the spa, read a book, and drink hot toddies. That is their vacation.” Many of The Cliff House’s programs and events capitalize on this group of comfort-seekers, enticing them with offerings such as culinary workshops and mixology classes, Christmas, Hanukah, and New Year’s Eve events, and seasonal spa programs. “We also have activities for families. A lot of our guests are spending time here with their children during the summer season, and we want to pull them back during slower times as well,” she describes.

It is key that properties that do a large chunk of their overall business during one season plan in advance for the slower times. The Cliff House offers discounted rates during the winter months to encourage higher occupancy. It also reduces the number of staff to better manage costs. White says that planning is the most important item on her agenda during slower periods. “Those are the times when hoteliers need to take time to review their business plans, reflect on what works and what doesn’t, and plan, plan, plan for the upcoming year.” 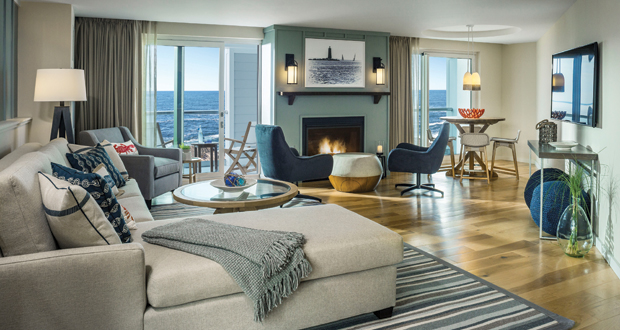 Additionally, while guests may visit The Cliff House from all over the country during the peak season, White has found that the off-season presents an opportunity for locals and people in nearby metro areas—in The Cliff House’s case, primarily Boston and New York City—to enjoy all the resort has to offer. “We also have lots of meeting spaces, so local companies are booking during the week for conferences and conventions, which helps us keep occupancy up.”

White advises properties looking to increase occupancy in the off-season to become hyper-aware of the opportunities available in their own backyards. “Really focus on your own neighborhood and the commuting cites that surround it,” she explains. “Create programs that are meaningful to that audience. The last thing someone wants on their getaway is to go somewhere and find that it’s completely empty and quiet. You have to have a lot going on that appeals to them.”