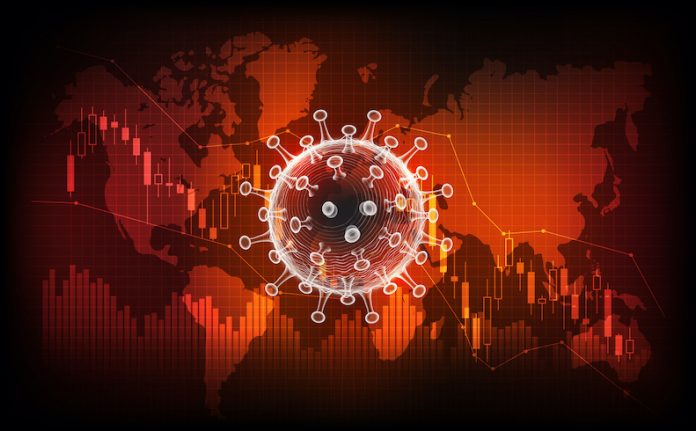 LONDON — As the second quarter of 2020 closed, global regions continued to struggle with the effects of the coronavirus pandemic, with some areas jumping the gun on reopening and concern over further spikes threatening to thwart the hotel industry’s ability to get back to some semblance of normalcy, according to HotStats’ report on June 2020 global hotel performance.

Globally, anemic occupancy continues to choke off revenue and profitability. In the United States, which continues to lead in global cases and deaths, RevPAR in June 2020 declined 87.3 percent year-over-year (YOY), but hoteliers could take solace that the metric was 67 percent higher than it was in May.

The same could not be said for profit. Gross operating profit per available room (GOPPAR) in June dropped 118 percent YOY and an April-to-May gain in the metric was short-lived, sliding back down 14 percent in June over the prior month.

Conversely, total revenue per available room (TRevPAR) saw an uptick in June over May—up 67 percent but still down 87.9 percent YOY.

The month-over-month decline in profit is a function of an uptick in expenses, according to HotStats. Total overhead costs declined YOY, like most costs, but bounced up in June over May, climbing 53 percent. Concurrently, labor costs bounded upward month-to-month by 39 percent. While the expense line jumped, it’s not an altogether ominous sign for the hotel industry, illustrating that some jobs are either being filled or brought back as more hotels reopen, HotStats noted.

Out of all the regions HotStats tracks, Asia Pacific is the only one to have recorded positive GOPPAR in June. Up just $3.58, it’s the first time the metric has turned positive since February.

Helping fuel the growth was an occupancy rate that climbed to 32.2 percent in June 2020—2.2 percentage points higher than in February. The 5.6-percentage-point jump in June occupancy over May still did not lead to any pricing power, with hoteliers content to try and fan RevPAR by volume rather than rate.

Some countries in Asia-Pacific are experiencing sharp climbs in new cases of COVID-19, including India, which became the third country to record more than 1 million cumulative cases, while Indonesia overtook China as the country with the highest number of confirmed cases in East Asia. Other countries, including Australia and Japan, appear to be experiencing a second wave of infections.

June, however, showed hope, with many key metrics up on a monthly basis, including RevPAR (up 22.7 percent) and TRevPAR (up 31.4 percent). In another show of confidence, total revenue from F&B was up 42.2 percent, an indication that guests aren’t just making their way back to hotels for sleep, but to eat.

Second-quarter GOPPAR was down 108.4 percent over the same period last year.

In Europe, hotel performance hasn’t matched the region’s relative success in containing the spread of COVID-19, though new concerns have emerged. Travel demand remains spotty, resulting in double-digit declines for most key performance metrics in June.

The summer season is now in full swing, and many European countries are dependent on the traveler spend that arrives with it, but travel restrictions have created additional challenges.

RevPAR in the region dropped 94.6 percent YOY, with average rates below €100 coupled with sub-10-percent occupancy rates.

Choked off ancillary revenue streams resulted in a 92 percent YOY decline in TRevPAR in June; on an optimistic note, it was up 57 percent in May, the potential result of many countries thawing out their economies. Contrary to the United States, Europe saw month-to-month profit gains, with GOPPAR still in negative territory, but up 20 percent over May. YOY GOPPAR is down 115 percent YOY.

GOPPAR in the second quarter declined 122 percent over the same period in 2019.

Like RevPAR, TRevPAR saw a slight increase in June over May, up 5.3 percent, but off 55 percent from March. The small rise in total revenue was bolstered by an uptick in total F&B revenue, which climbed to a double-digit dollar amount—the first time it’s been in that territory since March.

Profitability did not follow suit. Like in the United States, GOPPAR declined on a month-to-month basis in June—down 43 percent over May. GOPPAR had been trending in the right direction since it first plummeted into negative territory in April (down $15.56). May saw GOPPAR rise, but June’s $18.27 decline was the lowest ever recorded in a month in the region by HotStats. It was also down 140.6 percent YOY.

An increase in expenses helped erase revenue gains. Total overheads on a per-available-room basis were up 16.7 percent month-to-month, as were labor costs (up 8.7 percent).

Like other regions, the Middle East is seeing virus surges, prompting some countries to turn again to lockdowns. A full lockdown will be imposed across Iraq during Eid al-Adha at the end of July.

GOPPAR in the second quarter declined 123.2 percent over the same period in 2019.

All hoping for a v-shaped recovery in the hotel sector can now see that the succeeding months will be choppy at best. Perhaps no industry is impacted or shaped more by external forces than the hotel industry, which lives and dies on the free movement of people. When that movement is impeded, demand sharply recedes, leaving a stain on hotel revenue and profit.

Until the traveling public is fully confident again, which may not come until a vaccine is produced, the hotel industry could be stuck in a rut and will have to rely on savvy to safeguard the bottom line, HotStats concluded.