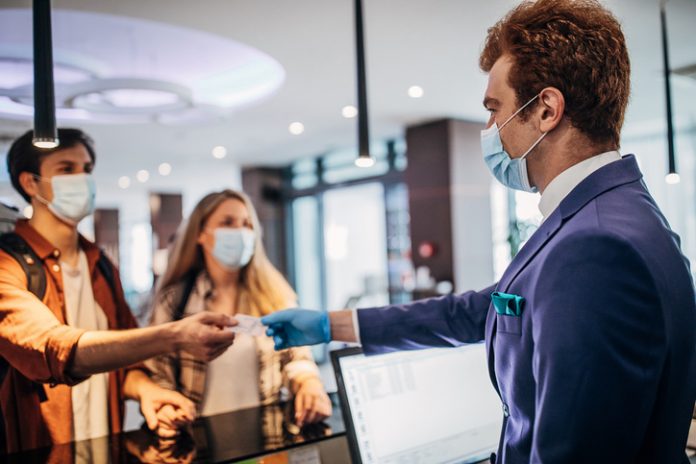 Although HotStats reports that 2021 had abnormalities, global hotel performance for the year ended on a stabilized note. The global hotel industry’s climb back to profitability has not been easy, according to Hotstats but, despite a lack of corporate and group travel, the year ended almost back to 2019 levels—the recognized baseline of recovery.

Last year was an indication that travel is not definitionally discretionary, notes HotStats. Despite a pandemic, the willingness to travel was fundamental. Throughout the pandemic, transient volume mix remained buoyant, succoring hotels that lost much or all of their business from other segments. Though December 2021, HotStats reports that profit remained lower than in December 2019, the whole of the fourth quarter appeared more in line with years past, which was up in October and softer to end the year.

HotStats reports that all regions dealt with the emergence of the Omicron strain and the realization that COVID was destined to turn from pandemic to endemic. December hotel profitability in the United States where Omicron sprouted toward the end of November, was not totally derailed and was, in fact, higher than November and closer to its December 2019 comparisons. HotStats found that GOPPAR hit $58.59, which was 12.5 percent off of the December 2019 level. GOPPAR for full-year 2021 was 53 percent lower than full-year 2019, but 520 percent higher than full-year 2020.

Average daily rate closed out the year at its highest level since October 2018 and $20 higher on a nominal basis than at the same time in October 2019, reports HotStats. It’s an indication that hoteliers stuck with rates throughout the year.

HotStats notes that much of the profit gains can be attributed not to a meteoric rise in revenue (TRevPAR in the United States in December was still some $30 off the December 2019 level), but to expense containment. Payroll cost on a PAR basis was $16 lower in December than the same month in 2019, but it’s ascended quite dramatically since the beginning of 2021 to close the year by $38 higher. Though hoteliers have been steadfast that the expense structure has forever changed, those savings could potentially not be in labor, a hotel’s highest cost.

This occurs as many European countries move to strike pandemic restrictions. Denmark as of February 1, 2022, became the first European country to lift all COVID-19 restrictions despite a surge in Omicron. And with about 66 percent of eligible Britain residents now boosted, the United Kingdom has done virtually the same.

The moves by Europe illustrate a migration toward accepting COVID and not battling against it. From a labor standpoint, payroll expense rose during the summer months but was flat throughout the fourth quarter. Total hotel other expenses followed the same pattern.

The Middle East was the one anomaly amongst global regions, ending 2021 on a sweet note, as Expo 2020 in Dubai helped fuel profit gains. GOPPAR was down to static through most of 2021, then soared to new heights beginning with October, which coincided with the opening of Expo 2020, which runs through March 2022.

At $97.42, December 2021 GOPPAR in the Middle East was its highest recorded level since March 2018. Large increases in both ADR and occupancy helped propel total revenue at Middle East hotels, and ultimate bottom-line success was cushioned by flattish expense growth, including payroll, which only jumped 32 percent since the start of the year, much lower than other global regions.

Meanwhile, China saw a large dip in GOPPAR from October to November, before recovering somewhat to end the year at $18.41. After a strong end to 2020, China’s 2021 performance was choppy. In fact, its full-year 2021 GOPPAR of $22.59 was only 32 percent higher than the previous year, bucking the global trend, which saw profit gains over 2020 sometimes in triple-digit percentages. China went into drastic lockdown around August after a surge in COVID cases.

Southeastern Asia fared better, with GOPPAR jumping to $16.62 in Q4, 658 percent higher than in Q4 2020. Payroll was up around $13 since July, which in part was fueled by a jump in occupancy, up 24 percentage points over the same period.