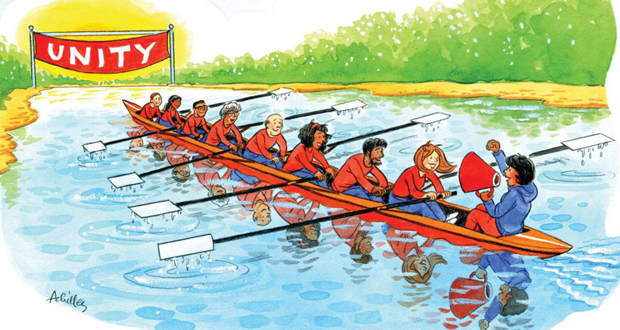 Unconscious bias is a series of quick thoughts—often stemming from a collection of learned stereotypes influenced by a person’s background, cultural differences, and their environmental and personal experiences—that trigger quick judgments of people and situations that unintentionally influence how one reacts. These unconscious reactions may lead to possible unintended consequences stemming from decisions and actions taken in any number of situations. When training a team against unconscious bias, there are several factors hoteliers should keep in mind.

1. Acknowledge the problem.
First and foremost, it is necessary to recognize that these unconscious prejudices do indeed exist. You can’t address a problem until you acknowledge it.

2. Accept and embrace  diversity.
Organizations must move past requiring staff to simply conform through “tolerance.” Instead, they should lead their employees to go from tolerance to fully accepting and embracing diversity. When promoting diversity in the workplace, employers need to go beyond simply what the law requires and instead create an ongoing culture of inclusion that is prevalent throughout their organization.

3. Training must be ongoing.
Training on bias should never be a one-time, two-hour session. Instead, it should be held over several short, yet ongoing, sessions implemented regularly over time. Bias training should always be done in groups in a comfortable setting, where topics can be freely discussed. Webinars or online-based learning are simply not likely to be effective.

Employers also need to define a clear decision-making process via formal written rules that negate opportunities for personal bias to influence decisions. They must specify the situations that call for certain specific actions, depending on the circumstances and facts.

4. Make it interactive.
It is important to regularly conduct simulations, role-playing, and other interactive exercises to allow people to take on the perspectives of others and learn by understanding other viewpoints.

Up Front: Keeping Up Curb Appeal