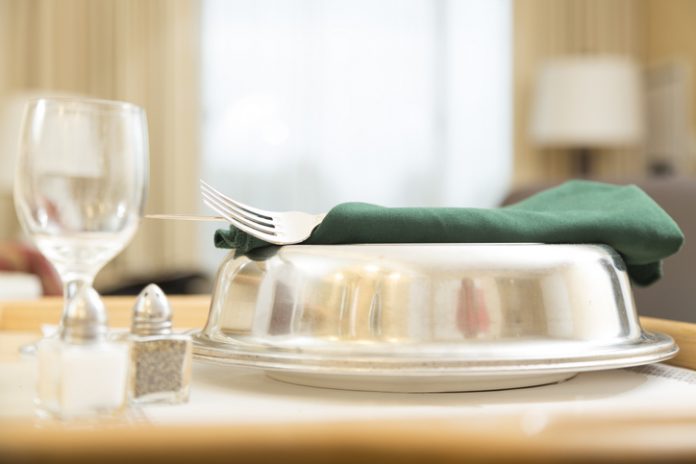 Hotels’ food and beverage (F&B) operations are often a vital part of ancillary business, especially in full-service hotels that host meeting and convention groups. While the pandemic has greatly affected all of a hotel’s revenue areas, the data shows that F&B revenues have taken the heaviest hit. STR continues to examine these data points in its monthly profit and loss program, which was launched earlier this year.

F&B operations at hotels have all but disappeared, and for those that have remained open, they have moved to grab-and-go or room service only. This shift has disproportionately affected full-service hotels, which typically run several restaurants plus banquet and catering operations.

F&B revenues have realized some of the largest declines the industry has ever seen.

While the current climate has shown record lows for revenues in the F&B department, F&B operations started to see declines in 2019. In 2019, food revenues were up 1.9 percent and beverage revenues increased 1.7 percent, but “other F&B” revenues, which include revenues from meeting space rentals, audiovisual equipment rental, and F&B service charges, were down 3.5 percent, the largest decline of any revenue department. Moreover, F&B expenses increased 1.7 percent, driven by a 3.7 percent increase in F&B labor, which led to an overall profit decline of 1.6 percent. The main cause was moderate performance from groups during the year, as group demand realized negative performance in 6 of 12 months with an overall decline of 0.5 percent.

Now, throw in the pandemic of 2020 and F&B revenues have realized some of the largest declines the industry has ever seen. STR’s monthly profit and loss data for June shows food revenues declined 91.1 percent, beverage revenues declined 84.7 percent, and other F&B, which realized the largest decline of any month this year, declined 104.2 percent compared with last June. The declines for other F&B are even more significant for full-service hotels on a per available room night (PAR) basis, going from $20.07 PAR in 2019 to -$3.82 in 2020. Limited-service hotels have also realized a decline in food and other F&B revenues, -43.5 percent and -32.7 percent respectively, but have also seen an increase of 18.6 percent in beverage revenues. However, F&B revenues for limited-service hotels are typically only a fraction of what full-service hotels bring in. Overall, total F&B revenues PAR have been picking up since the pandemic started, albeit nowhere near the level’s pre-pandemic, but other F&B revenues PAR continue to decline. F&B labor costs are also significantly down for hotels, declining 75.8 percent on a PAR basis from the previous year, with full-service hotels going from $1,101 PAR in 2019 to $264 PAR in 2020.

As the country slowly reopens, and hotels along with it, it appears F&B operations are slowly recovering. Although, since the country has not recovered enough to allow large group gatherings, the declines in other F&B will remain and full-service hotels will continue to suffer from lack of groups and meetings. And while some hope remains for the typical busy meeting season in the fall, it’s unlikely that hotels will be able to recover the F&B revenues lost from earlier in the year.