Home Design Emery: An Autograph Collection Hotel Inside a Former Bank Built in 1906 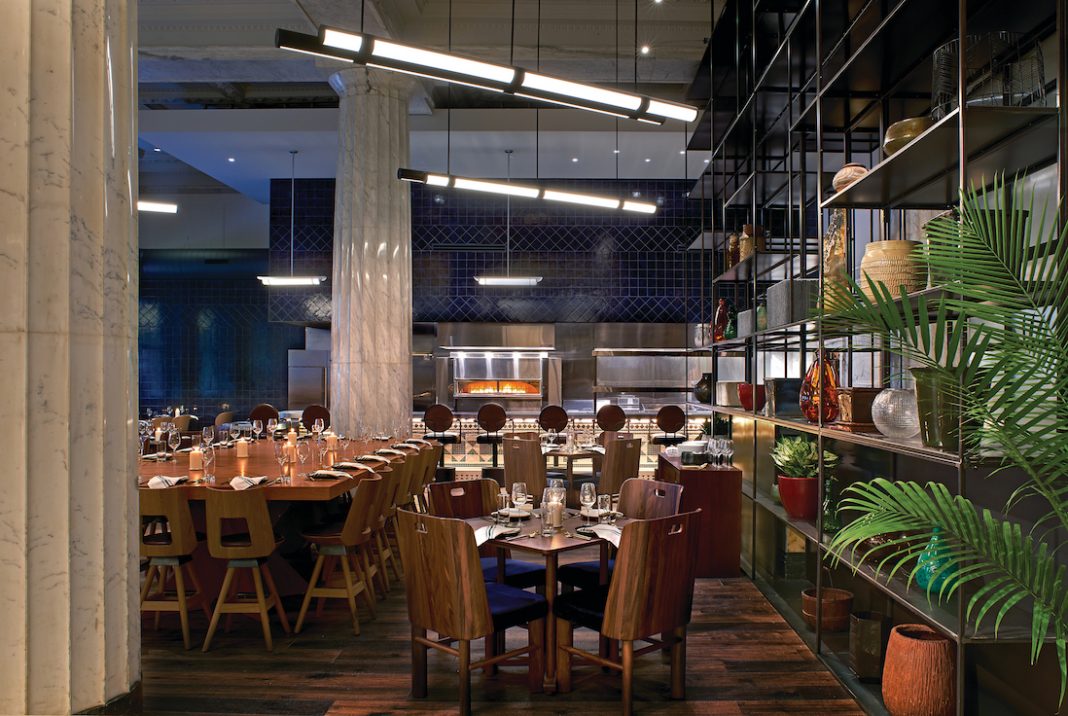 Overlooking Downtown Minneapolis, Emery—a 10-story Autograph Collection hotel—resides in a building that formerly housed a bank. Originally built in 1906, the building was converted into the Hotel Minneapolis in 2006. Then, in 2017, KHP Capital Partners purchased the property with the intention of rolling out a massive renovation. And so, Emery was born.

The hotel’s lobby décor plays off an indoor/outdoor garden theme, with lush greenery against jewel tones. Wooden furniture accents pair with pops of color in the lobby, which also features artwork from artists such as Shana Kaplov and Edie Overtuf. Marble columns and walls show the property’s past as an old Midland Bank building. 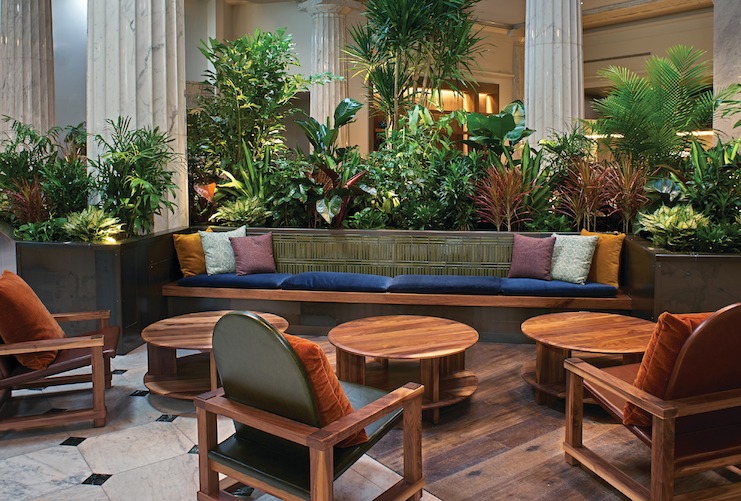 Lobby designs bleed into Giulia, the on-site restaurant, a contemporary Italian eatery led by chef Josh Hedquist. Culinary offerings include comfort food and cocktails. The restaurant space also serves as a flexible area for intimate meetings and social gatherings that require a casual atmosphere. Spyhouse Coffee, a popular coffeehouse brand from Minneapolis, opened its first downtown location at Emery; in the evening, it becomes a lobby lounge that serves wine and beer. 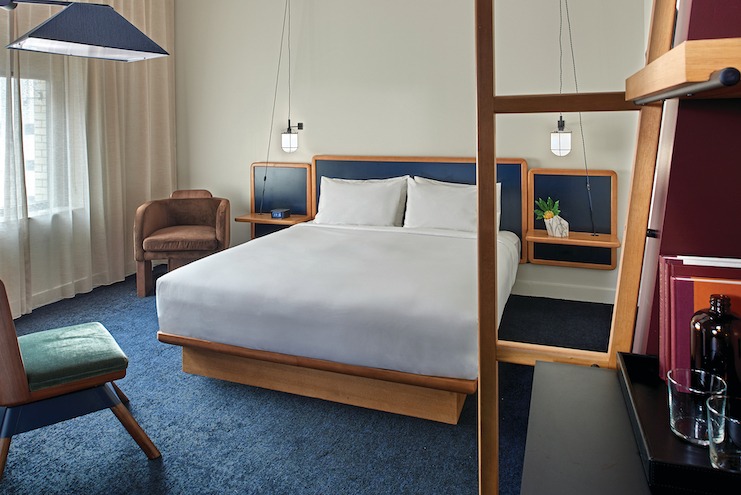 Modernized guestrooms are bright and open while reflecting the lobby’s color story. They also have curated minibars that include locally sourced products from native breweries and food stores. The renovation also included the hotel’s fitness facility, which was updated to include high-tech machines that help guests maintain their fitness routines when on the road.